Delhi Riots Case Hearing : How Things Changed In A Day With Change Of Bench? 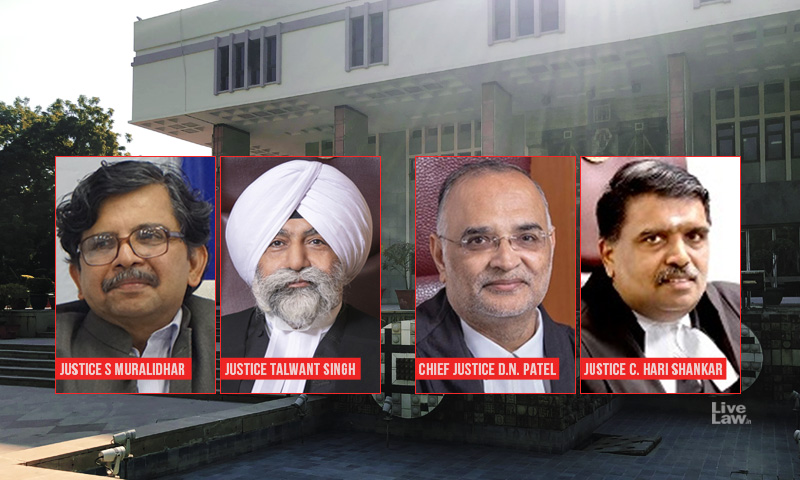 One bench wanted action on FIR within 24 hours; the other bench is comfortable with granting more than four weeks' time for the same!

The proceedings in the riots case in Delhi High Court offer a rich study on how the composition of bench can influence the result of a case, and can even produce diametrically different approaches.

The petition filed by activist Harsh Mander seeking independent probe into Delhi riots and also registration of FIR on allegations of hate speeches by politicians was heard by a bench comprising Justices Dr S Muralidhar and Talwant Singh yesterday.

Let us see how different was the responses of both the benches.

At the outset, Justice S Muralidhar said that the petition was being heard considering the urgency of the matter.

"Situation out there is very unpleasant", Justice Muralidhar remarked.

When the Solicitor General sought for adjournment, Justice Muralidhar replied "Isn't lodging of FIRs against the culprits an urgent matter?".

"There are videos that hundreds of people have watched. Do you still think it's not an urgent matter?", Justice Muralidhar asked.

When the police officer present in the Court and the SG claimed that they had not seen the videos containing alleged provocative speeches, the Court arranged for the playing of videos in court for their viewing.

The SG later tried to dissuade the bench from passing orders by saying that the 'situation was not conducive' for registering FIR.

The SG said "We will register FIR at the appropriate time. Now situation is not conducive".

This submission was not at all appreciated by Justice Muralidhar, who replied "What is the appropriate time, Mr Mehta? The City is burning".

The bench then granted one day's time to the Delhi police to take a decision on registering FIR in respect of the alleged inflammatory speeches.

"Every day's delay in registering FIR is crucial. The more and more you delay, the more problems are getting created", Justice Muralidhar emphasized the need for prompt action.

Every day's delay in registering FIR is crucial. The more and more you delay, the more problems are getting created - Justice Muralidhar#DelhiRiots#DelhiViolence

Today's bench did not share the sense of urgency which was expressed by yesterday's bench.

The bench seemed to be even unaware of the 'speeches'. When the SG mentioned 'speeches' in his submissions, Chief Justice Patel asked "speeches about what?".

The SG had to then clarify that he was referring to the alleged hate speeches.

The Solicitor General conveyed to the bench the decision of the police to defer taking a decision on the plea for registration of FIRs. The SG repeated yesterday's submission that the 'situation was not conducive' for FIR.

This submission, which was shot down by Justice Muralidhar yesterday, found acceptance before the bench today.

It was submitted that Police has gone through all the videos and needs more time to take appropriate action as the situation is not conducive today. The bench recorded this submission in the order, and granted four weeks time for the Union Government to file their counter affidavit in the case.

The matter has been now posted to April 13.

Judicial Officer's Integrity Must Be Of A Higher Order And Even A Single Aberration Is Not Permitted: SC [Read Judgment]

One bench wanted action on FIR within 24 hours; the other bench is comfortable with granting more than four weeks for the same!

The counsel for the petitioner Senior Advocate Collin Gonslaves pleaded for a closer date, saying that people were dying every day. This was not heeded to by the bench.

Delhi HC gives 4 weeks to UOI to file a counter affidavit in the present matter.

Gonsalves: 10-12 people are dying every day. A closer date would be appreciated#DelhiHighCourt#DelhiRiots

In December last year, when a petition seeking action on alleged police brutalities against students of Jamia Milia University was listed before the same bench, it had granted a fairly long adjournment by posting it to February 4. When that case was considered on February 4, the bench granted a further adjournment till April 29.