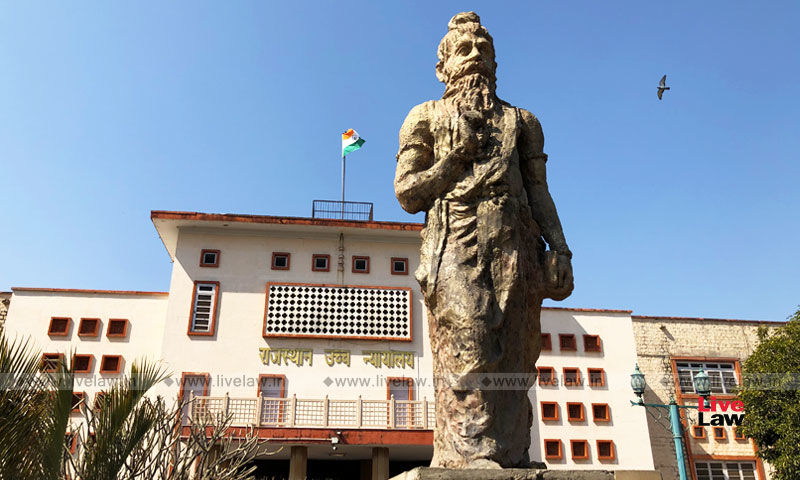 An order passed by the Rajasthan High Court on April 24 adjourning the hearing on a bail application had attracted public attention as the counsel in that case had appeared before the bench in "inappropriate" attire, via video conferencing.This news also brought to highlight a practice followed by the Court to mention the caste of the party in the cause title, which came under serious...

An order passed by the Rajasthan High Court on April 24 adjourning the hearing on a bail application had attracted public attention as the counsel in that case had appeared before the bench in "inappropriate" attire, via video conferencing.

This news also brought to highlight a practice followed by the Court to mention the caste of the party in the cause title, which came under serious public debate.

On April 25, Mr Amit Pai, Advocate on Record, wrote a letter to the Chief Justice of India, highlighting the parochial practice of mentioning the caste of the litigants in judicial orders in Rajasthan.

While seeking a moratorium on this practice which has conveniently continued for decades without making its apparent problems realised, Mr Pai stated the following in his letter:

'Right from the history of the drafting of our Constitution, to the judgments of the Supreme Court and the High Courts, and also the learning in law school,we are taught that the principle of equality is most fundamental and that caste has no place in our system of law and the Constitution. While this is so, the mention of the caste of a party in the cause title, undoes this salient principle.'

Following the controversy,  the Rajasthan High Court immediately passed an order on April 27 directing that the caste of any person should not be mentioned in any of the judicial or administrative matters.

Citing the practice of mentioning the caste in judicial and administrative matters to be against the spirit of the Constitution, the Rajasthan High Court ordered that:

'Therefore, it is enjoined upon all concerned to ensure that the caste of any person including the accused is not incorporated in any judicial or administrative matter.'

The notification said that such mention of caste is against the "spirit of constitution" and contrary to a 2018 direction of HC.

While some of the judges in the district courts of Jaipur and Jodhpur have started to comply with this direction, the majority of judges are still holding on to the old parochial practice.

In districts such as Kota, Udaipur and Maiwar, none of the judicial orders uploaded by the trial courts appeared to comply with the High Court's April 27 order.

In some of the judicial orders, especially from the district courts of Kota, the religion of the accused is also mentioned along with the caste.

The authorities, both administrative and judicial, were unavailable to respond to the queries posted by LiveLaw.

The practice of mentioning the caste of a person, especially in a judicial order, reduces an individual to a 'marked' citizen, from which ensues extra-constitutional socio-judicial issues.

As mentioned by Mr Anurag Bhaskar, the Constitution does not recognize caste identity as the defining identity for an individual. A court decides the issue on the basis of the law of the land, and not by the regressive social codes which impose an unfair advantage to an individual, based on caste identity.

This practice, unfortunately, is not the only casteist relic plaguing the judicial system of Rajasthan. The court complex in Jaipur has an installed statue of Manu at its premises. Criticising the placement of that statue in a judicial complex in his recent article for LiveLaw, Mr Bhaskar highlighted that:

'Courts are looked upto as place of equality, where justice is ought to be done. The presence of a symbol of inequality and caste-hatred within a court premises in independent India is antithetical to constitutional values of equality and dignity as well as an insult to the centuries-old struggle against inequality.'

The confidence in judicial systems appears to diminish when these systems move away from the objective values of the Constitution. As an institution that is married to the principle of Rule of Law, the processes adopted about these institutions, and the practices that contribute to their epistemology, also have to abide by the highest standards of constitutional propriety.

Therefore, we hope that the Rajasthan High Court will take a suo moto cognizance of this matter and ensure strict compliance of its order dated April 27, across the State.