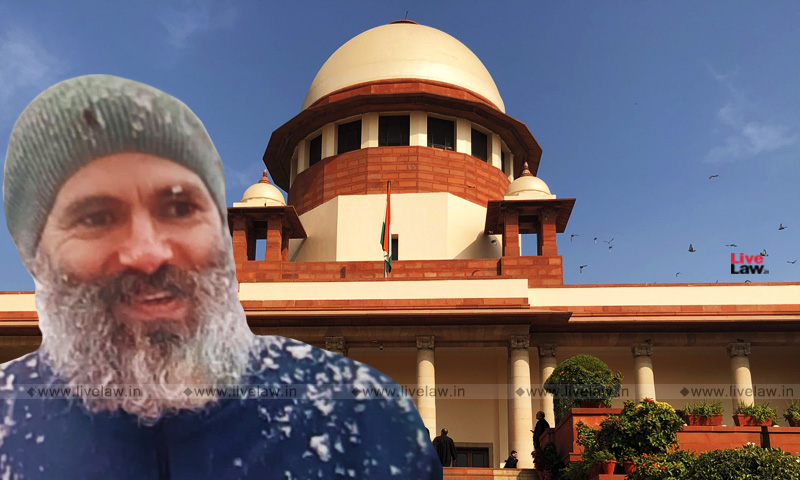 To justify the detention of former J&K Chief Minister Omar Abdullah, the J&K Administration has stated that he was a crowd influencer who could raise mass agitations against the Centre for repealing the special status of the state, which had the potential to create law and order problems in the region.

The counter affidavit filed by District Magistrate, Srinagar to oppose the habeas corpus petition filed by Abdullah's sister Sarah Abdullah Pilot states that he has been a vocal critic of attempts to repeal Article 370 & 35A and has a history of making provocative statements in social media against the Union of India.

Fresh detention orders under the PSA were issued against Omar Abdulla and another ex-CM of J&K Mehbooba Mufti on February 5, immediately before their six months period of detention ordered in August 2019 was about to lapse. His earlier detention since August 5, 2019 was under Section 107 of the Code of Criminal Procedure.

The Counter rejects the assertion in the plea which states that due to the Detenu (I.e. Omar Abdullah) being in custody for 6 months, there could be no material which could prove that he might act in a manner prejudicial to maintenance of public order. It goes on to state that,

"...there exists a live and proximate link in the events that occurred in the past, the activities of the Detenu and the possibility of such activities being prejudicial to maintenance of public order".

On the basis of the past conduct of the Detenu as well the contextual history of the State with regard to abrogation of Article 370, the Counter puts forward the submission that,

"The Detenu has been a very vocal critic of any possible abrogation of Article 370 prior to its abrogation on 5th August 2019. It is submitted that considering the very peculiar geo-political position of Jammu and Kashmir and Ladakh and its geographical proximity with the Islamic Republic of Pakistan, the concept of public order needs to be examined contextually".

The detention order annexed to the counter affidavit states that he has been "creating an environment of disorder in Kashmir fanning emotions of general public against the Union of India, by way of instigating public with twitter posts/facebook against the unity and integrity of the nation".

The order also mentioned that he was planning to raise protests and agitations if the special status of J&K was revoked. As per the order :

"The district police and concerned agencies have also highlighted some incidents in the recent past, July 2019, while addressing the party workers at residence of his father, the subject stated that if Article 370 and 35A are abrogated they will unite and raise protests as has been decided by National Conference. It was also learned through credible sources that he impressed upon party workers who attended meeting that youth of Sonawar Constituency be informed regarding the meeting and ask them to be ready for mass agitation if Article 370 is revoked".

It was added that he had posted "many provoking and instigating comments in social networking sites, so as to instigate common people against the decision of the Parliament, which had the potential of inciting violence and disturbing public order in the region which is already faced with several security challenges".

The order further mentioned that "concerned agencies have underlined apprehensions of encouraging mass agitations by provocative statements as an influencer".

The District Magistrate noted that  it was necessary to detain him under J&K Public Safety Act, as the normal law has not been found sufficient to stop him from indulging in such activities.

The police dossier annexed to the counter-affidavit lists several posts made by Omar Abdullah in Facebook and Twitter criticizing the plans to repeal the special status of the state.

1. PETITIONER SHOULD HAVE APPROACHED THE CONCERNED HIGH COURT.

"It is appropriate that the High Court concerned under whose jurisdiction the order of detention has been passed by the State Government or Union Territory should be approached first. In order to invoke the jurisdiction under Article 32 to approach this Court directly, it has to be shown by the Petitioner as to why the High Court has not been approached, could not be approached or it is futile to approach the High Court. Unless satisfactory reasons are indicated in this regard, filing of petitions in such matters directly under Article 32 of the Constitution is to be discouraged."

The Affidavit states that the High Court of Jammu and Kashmir "is seized of 350 habeas corpus/detention order challenge petitions". It is "fully functional and has in fact quashed 68 detention orders since August, 2019 while confirming 11 detention orders passed by the appropriate authority". Therefore, entertaining of one petition by the Supreme Court could open floodgates for other such petitions and this needs to be "avoided".

The Counter asserts that the PSA provides the alternative remedy to the Petitioner of filing representation before the Government and/or hearing-in-person before the Advisory Board.

It also asserted that the copy of the detention order, grounds of detention, dossier and documents were provided to the Detenu for an effective representation. Despite being aware of the remedy, the Detenu had "purposely failed" to make representation before the Advisory Board and subsequently, on 24th February, the Board passed an order that there was sufficient cause for detention.

It goes on to posit that Omar Abdullah has been detained in consonance with the provisions of PSA and has been kept in "Hari Niwas (former Palace of the erstwhile King, near Dal Lake), which has been temporarily declared as subsidiary jail".

The Counter cites the judgements of Harshan Saha v. State of West Bengal [(1975) 3 SCC 198] and State of Maharashtra v. Bhimrao Punjabrao [(2008) 3 SCC 613] to assert that detention of an individual is contingent upon the satisfaction of the Executive or the detaining authority and therefore, the matters are "not susceptible of objective determination and their determination is therefore, deliberately and advisedly left by the legislature to the subjective satisfaction of the detaining authority which by reason of its special position, experience and expertise would be best fitted to decide them". Additionally, it excludes observations on behalf of the Court as the subjective opinion of the detaining authority is only required.

The matter has now been listed on March 5, 2020. The Petitioner has been directed by the Court to file a Rejoinder, if any, by then.