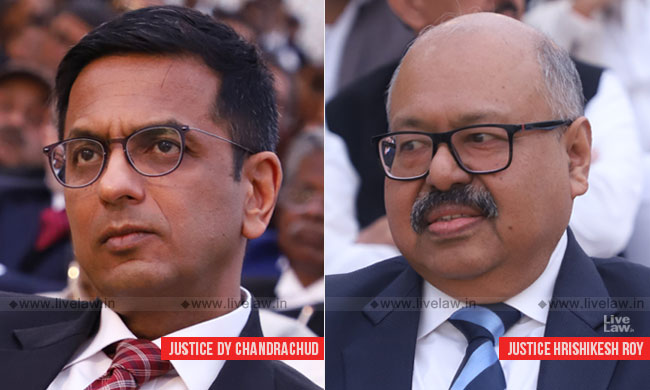 The Supreme Court has observed that stale and irrelevant incidents cannot be the basis of an order of detention. The bench of Justice DY Chandrachud and Justice Hrishikesh Roy observed thus while quashing detention of Khaja Bilal Ahmed under Section 3 of the Telangana Prevention of Dangerous Activities of Boot-Leggers, Dacoits, Drug-Offenders, Goondas, Immoral Traffic Offenders...

The Supreme Court has observed that stale and irrelevant incidents cannot be the basis of an order of detention.

The court noted that the order of detention in the present case contains a reference to fourteen cases which were instituted against the appellant between 2007 and 2016. The bench, in this regard, said:

"The detaining authority stated that the cases which were registered against the appellant between 2009 and 2016 "are not at all considered for passing the detention order" and were "referred by way of his criminal background only". This averment is plainly contradictory. The order of detention does, as a matter of fact, refer to the criminal cases which were instituted between 2007 and 2016. In order to overcome the objection that these cases are stale and do not provide a live link with the order of detention, it was contended that they were not relied on but were referred to only to indicate the antecedent background of the detenu. If the pending cases were not considered for passing the order of detention, it defies logic as to why they were referred to in the first place in the order of detention. The purpose of the Telangana Offenders Act 1986 is to prevent any person from acting in a manner prejudicial to the maintenance of public order. For this purpose, Section 3 prescribes that the detaining authority must be satisfied that the person to be detained is likely to indulge in illegal activities in the future and act in a manner prejudicial to the maintenance of public order. The satisfaction to be arrived at by the detaining authority must not be based on irrelevant or invalid grounds. It must be arrived at on the basis of relevant material; material which is not stale and has a live link with the satisfaction of the detaining authority. The order of detention may refer to the previous criminal antecedents only if they have a direct nexus or link with the immediate need to detain an individual. If the previous criminal activities of the appellant could indicate his tendency or inclination to act in a manner prejudicial to the maintenance of public order, then it may have a bearing on the subjective satisfaction of the detaining authority. However, in the absence of a clear indication of a causal connection, a mere reference to the pending criminal cases cannot account for the requirements of Section 3. It is not open to the detaining authority to simply refer to stale incidents and hold them as the basis of an order of detention. Such stale material will have no bearing on the probability of the detenu engaging in prejudicial activities in the future."

Referring to Sama Aruna v State of Telangana, the bench added that a detention order which is founded on stale incidents, must be regarded as an order of punishment for a crime, passed without a trial, though purporting to be an order of preventive detention.

Setting aside the detention order the bench held that there was no reasonable basis on which the detaining authority could have come to a conclusion that: (i) On being released on bail, the appellant would in all probability indulge in prejudicial activity; and (ii) It was necessary to detain him, to prevent him from engaging in prejudicial activity.