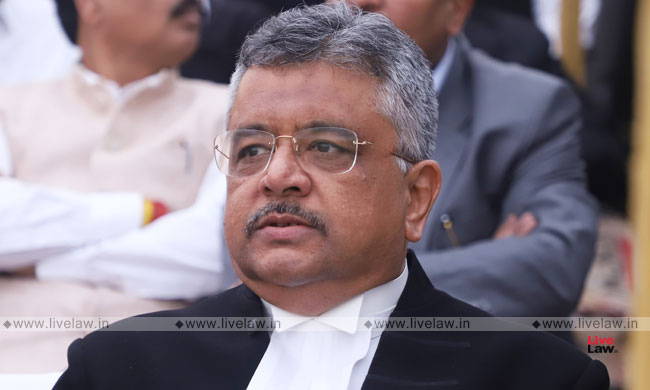 "I did not mean to say anyhow that men cannot take commands from female superiors", SG Tushar Mehta clarified on Wednesday his argument in the Supreme Court on gender disparity in the Indian Army.

"I myself was surprised when I saw the news. I couldn't agree with it...It was reported out of context...", remarked Justice D. Y. Chandrachud in response.

"Women don't have to make an endeavour to come at par with men. They are much above the men...", expressed the SG.

"We want the government to effectuate this", said Justice Chandrachud.

This is in an ongoing case regarding the denial of Permanent Commission (PC) to women officers in the Armed Forces. The Centre has filed appeals against a 2010 judgment of Delhi High Court which held that Short Service Commissioned women officers of the Air Force and the Army, who had applied for Permanent Commission but were only given extension of SSC, are entitled to PC at par with male Short Service Commissioned officers with all consequential benefits.

Justice Chandrachud remarked during the course of hearing :

"The matter is of 2010. They have been in litigation for 10 years. So nobody has completed 14 years (the maximum period in Short Service Commission post which Permanent Commission is granted to suitable and willing candidates)?...You didn't comply with the judgment of the Delhi high Court (of 2010 requiring PC to be offered to women officers at par with the male SSC officers with consequential benefits). In saying that you are not in contempt, this court did not stay that judgment...now they have been in service for 24 years but have not completed 14 years? How can the government be so averse to considering this? This is a dying cadre situation..."

"Combat battlefield roles are becoming less and less today. Of course we have to be battle-ready...a small fraction of the armed forces is dedicated towards that...women have come to be excluded there. You may say women are not suitable for that (combat), but to be commissioned?", questioned the judge.

"But that is also how you inducted women into the army. Perhaps their induction into the army should be discontinued!", it was countered on behalf of the female officers

"Look at your line of arguments- 'women captured by enemy', 'danger...'...this is applied to the NCC Commander also?", noted Justice Chandrachud, asking about women sainiks. This was in reference to the Centre's submission that it is advisable to keep women officers from direct combat as their capture as prisoners of war by enemies would be a situation of "extreme physical, mental and physiological stress for the individual, organization and above all the government".

"Administrative will and a change in the mindset are two prerequisites for eradicating any gender discrimination", Justice Chandrachud continued.

Arguing against giving command appointments to women in army, the Centre has told the Supreme Court that women may not be able to meet the challenges and hazards of military service due to their "physiological limitations" and domestic obligations.

The Centre has also talked about the possible unwillingness of male troops, predominantly drawn from rural backgrounds, to accept a women in command of their units.

After the arguments on Wednesday, the bench, also comprising Justice Ajay Rastogi, reserved orders on the matter concerning Army. The cases pertaining to Air Force and Navy will be heard next week.