Disciplinary Action Against Employee For Conviction In Criminal Case Not Barred Due To Suspension Of Sentence : SC [Read Judgment] 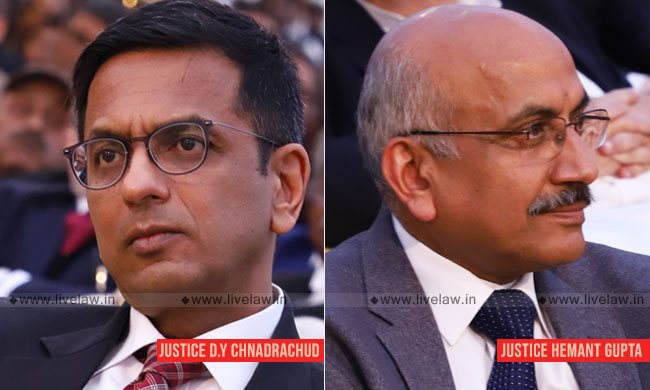 The Supreme Court has reiterated that disciplinary action against an employee for conviction in a criminal case is not barred due to the suspension of sentence.On this premise, a division bench comprising Justices D Y Chandrachud and Hemant Gupta set aside a judgment passed by a division bench of Gujarat High Court which restrained the Life Insurance Corporation from taking a final decision...

The Supreme Court has reiterated that disciplinary action against an employee for conviction in a criminal case is not barred due to the suspension of sentence.

On this premise, a division bench comprising Justices D Y Chandrachud and Hemant Gupta set aside a judgment passed by a division bench of Gujarat High Court which restrained the Life Insurance Corporation from taking a final decision on the show-cause notice issued to an employee during the pendency of criminal appeal.

In 2017, the employee was served with a show cause notice by the LIC proposing to impose the penalty of removal from service in view of his conviction by the Special Judge, CBI.

This was challenged him by filing a writ petition on the ground that disciplinary action cannot proceed during the pendency of criminal appeal. The single bench did not accept this and dismissed the writ petition. In further appeal by him, the division bench allowed the plea, restraining LIC from acting against him till his criminal appeal is disposed of.

Challenging this, the LIC approached the SC.

At the outset, the SC noted that only the sentence has been suspended in the criminal appeal, and not the conviction. The Court also noted that Regulation 39(4) of the Life Insurance Corporation of India (Staff) Regulations 1960 enabled the authority to take action against the employee "where a penalty is imposed on an employee on the grounds of conduct which had led to a conviction on a criminal charge".

The bench also referred to the decision in Dy Director of Collegiate Education (Admn) v S Nagoor Meera (1995) 3 SCC 377 which held that proceedings against a government servant who has been convicted by a criminal court is not barred merely because the sentence or order is suspended by the appellate court. In that decision, the Court specifically disapproved of the view that until the appeal against the conviction was disposed of, action under clause(a) of the second proviso to Article 311(2) was not permissible.

This view has been reiterated in another two judge Bench decision of SC in K C Sareen v CBI (2001) 6 SCC 584, where Justice K T Thomas, speaking for the Court, held:

"12. ...When a public servant who is convicted of corruption is allowed to continue to hold public office, it would impair the morale of the other persons manning such office, and consequently that would erode the already shrunk confidence of the people in such public institutions besides demoralising the other honest public servants who would either be the colleagues or subordinates of the convicted person. If honest public servants are compelled to take orders from proclaimed corrupt officers on account of the suspension of the conviction, the fallout would be one of shaking the system itself..."

In this backdrop, the SC observed :