"Discrimination Begins Even Before One Enters Law School"- Justice Chandrachud Asks Why Law Entrance Exams Are Available Only In English? 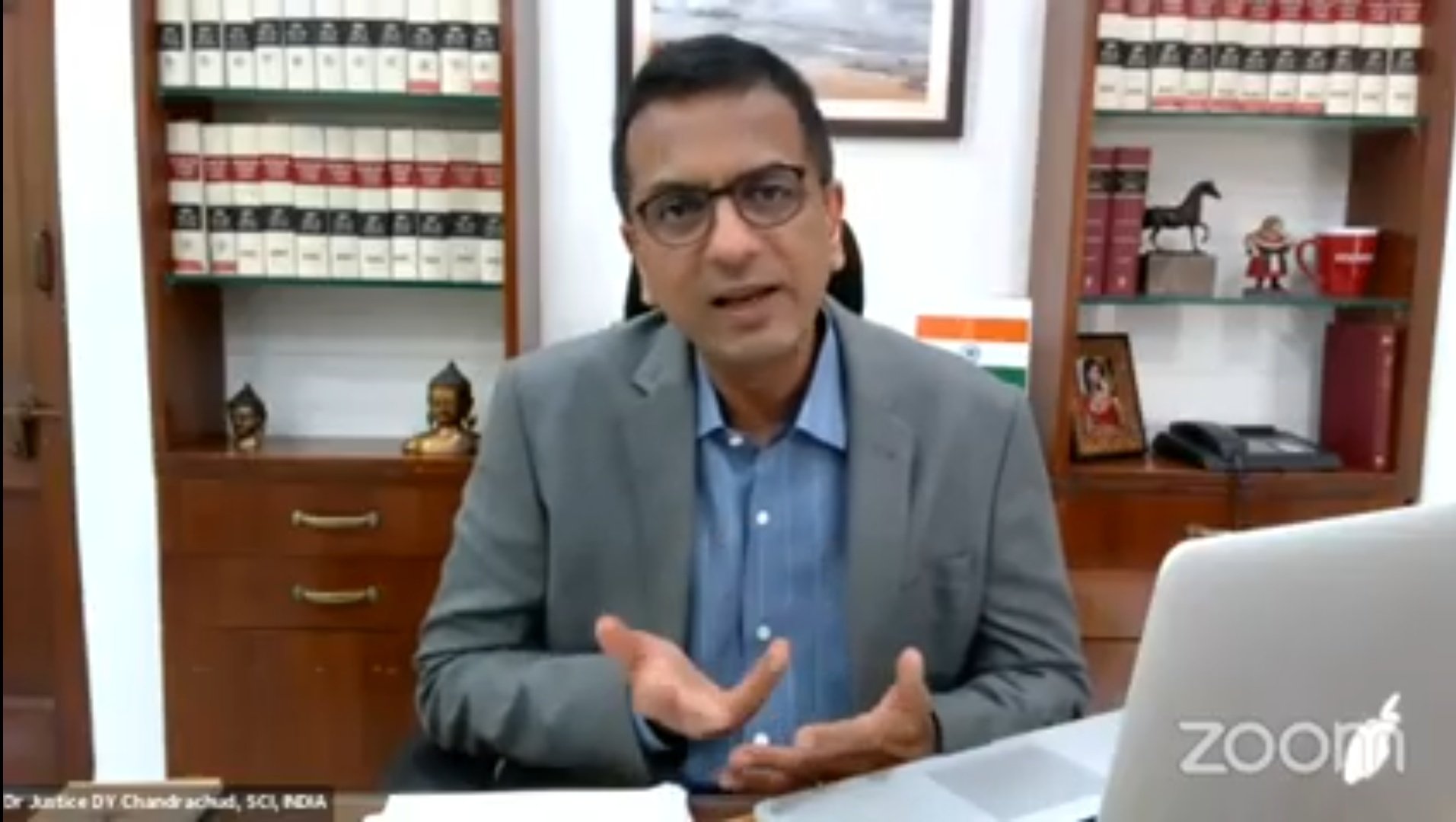 "The discrimination begins even before one enters law school. Most of the top law schools, which offer the five-year integrated law course, conduct admissions through a competitive test which is only in English, besides English also being a separate component of testing. The effect of this is that only the privileged students with access to high-quality English medium education are able...

"The discrimination begins even before one enters law school. Most of the top law schools, which offer the five-year integrated law course, conduct admissions through a competitive test which is only in English, besides English also being a separate component of testing. The effect of this is that only the privileged students with access to high-quality English medium education are able to qualify for it, while the underprivileged students whose earlier education has been in the national or regional languages and who aspire to enter into the judicial services are deprived of the learning at these institutions. As a result, these national law schools turn out candidates who are vying for lucrative placements at private law firms, which also has a consequence on the legal education to those who join the judiciary...", Supreme Court Judge Justice DY Chandrachud said on Wednesday.

The judge was speaking at the virtual launch event of CEDE (Community for the Eradication of Discrimination in Education and Employment), a network of lawyers, law firms, judges, and other organisations and individuals, who are committed towards reforming the Indian legal profession.

He added that till the last year, the CLAT incorporated questions which tested logical reasoning capabilities that required the use of sight and which in turn discriminated against the visually challenged candidates. "Although the National Law School consortium has now assured that this would not happen in the future, the replication of this commitment in reality is awaited", said Justice Chandrachud.

"Even if a student clears this exam, then begins the secondary gradation – the choice of law school. There is a real and perceived bias among various law schools and students of the top tier National Law Universities are deemed to be better on account of their law school affiliation. But these institutions are expensive and scholarships, or even loan-based scholarships, may not suffice. So one exam taken by an 18-year-old becomes a means of differential treatment which has consequences on their law school experience and life trajectory thereafter", reflected Justice Chandrachud.

He continued to explain that it is within the law school where begins the third gradation, that determines which students thrive and succeed. He mentioned that students hailing from Dalit, adivasi and other marginalised sections are often found to be relatively behind not only in terms of academic grades, but also other extracurricular activities like moots, debates and internship.

"The explanation which is most commonly rendered for this is that they are just not coping with the pressure. Nothing could be further from the truth! The fact is that the natural privilege which their counterparts have been entitled to manifests into their confidence to participate and even seek training and mentorship, while there is just not enough peer and faculty support for the students from marginalised backgrounds. They are deprived of publishing and research assistance, internships offered are often in tier 1 cities and do not pay a living stipend, as a result of which students who do not hail from well-off backgrounds dismiss these opportunities ", said the judge.

He canvassed the fourth gradation which commences at the stage of employment after law school. The students from the marginalised backgrounds are underrepresented in law firms. Even employment at the chambers of advocates/senior advocates are based on informal references through privileged networks and those students who hail from families having roots in the legal profession have an edge over the others.

"So a lawyer, who is 23-25 years old at the embarkment of his career, has already been knocked down 4 gradations in relation to his peers, for no fault of his!", commented the judge.