Disputed Property Claim Based On Inheritance Cannot Be Decided In A Criminal Proceeding: SC [Read Judgment] 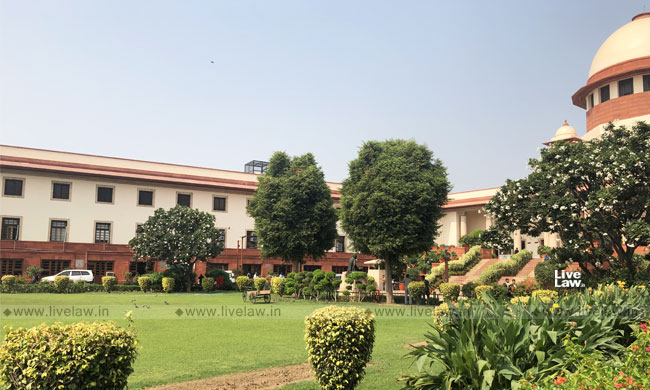 "We fail to understand as to how a dispute with regard to the inheritance under a will and deed of confirmation can be decided in a criminal proceeding. "

The Supreme Court observed that a disputed property claim based on inheritance can be only in an appropriate civil proceeding and not in a criminal proceeding.

The bench of Justice Navin Sinha and Justice BR Gavai quashed a complaint, which it noted is only a civil dispute with regard to inheritance amongst the legal heirs.

In this case [M. Srikanth vs. State of Telangana], the accused and the complainant were relatives. The complainant had made accusations regarding execution of some documents between the accused with an intention deprive the benefits of the property to him. The High Court, though quashed the criminal proceedings against some of the accused, refused to quash it with respect to one of the accused.

Referring to State of Haryana vs. Bhajan Lal, the bench, while considering the appeal against the High Court order, said that where the allegations made in the FIR or the complaint, even if they are taken at their face value and accepted in their entirety do not prima facie constitute a case against the accused, the High Court would be justified in quashing the proceedings. It said:

We are of the considered view, that the issues raised reflect a civil dispute with regard to inheritance amongst the legal heirs. We fail to understand as to how a dispute with regard to the inheritance under a will and deed of confirmation can be decided in a criminal proceeding. We find, that the same can be done only in an appropriate civil proceeding. Not only that, the civil proceedings with that regard are already instituted by various parties including the complainant.

The court further observed that the documents alleged to be fraudulent in the complaint will fall for consideration in the suits and that a possibility of contradictory finding in civil proceeding as against criminal proceedings cannot be ruled out. Observing thus, the bench allowed the appeal and quashed the complaint.