DNA Test Cannot Be Ordered Without There Being Appropriate Satisfaction For Its Requirement: SC [Read Judgment] 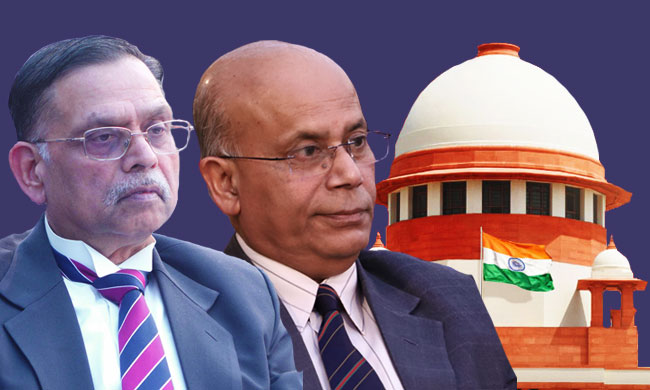 "Present is a case where without carrying out any substantial investigation, the police authorities had jumped on the conclusion that DNA test should be obtained."

The Supreme Court has observed that DNA test cannot be ordered without there being appropriate satisfaction for requirement of such test.

In this case [Kathi David Raju vs. State of Andhra Pradesh], FIR was registered under Sections 465, 468, 471 and 420 IPC against the accused alleging that he obtained fake caste certificate. The Court allowed an application seeking a DNA test of the accused, his mother two brothers. The High Court refused to quash the order.

Before the Apex Court, it was contended on behalf of the accused that the Investigation Authorities have not completed the investigation and as roving and fishing enquiry, they cannot be permitted to conduct DNA test. In this context, the bench comprising Justice Ashok Bhushan and Justice Navin Sinha observed:

There can be no dispute to the right of police authorities to seek permission of the Court for conducting DNA test in an appropriate case. In the present case, FIR alleges obtaining false caste certificate by the appellant by changing his name and parentage. The order impugned itself notices that investigation is not yet completed and material evidence are yet to be collected. The police authorities without being satisfied on material collected or conducting substantial investigation have requested for DNA test which is nothing but a step towards roving and fishing enquiry on a person, his mother and brothers. It is a serious matter which should not be lightly to be resorted to without there being appropriate satisfaction for requirement of such test.

The bench observed that, though Section 53 CrPC empowers the police authorities to request a medical practitioner to conduct examination of a person, it cannot be sought without carrying out any substantial investigation. While setting aside the order, the bench said:

While disposing the case, the bench clarified that it will be open for the Court concerned to consider the request for conducting DNA test on there being sufficient materials on record to take any such decision.