Doctrine Of Impossibility Applicable To Court Orders; Possibility Of Implementation Should Be Considered : Supreme Court 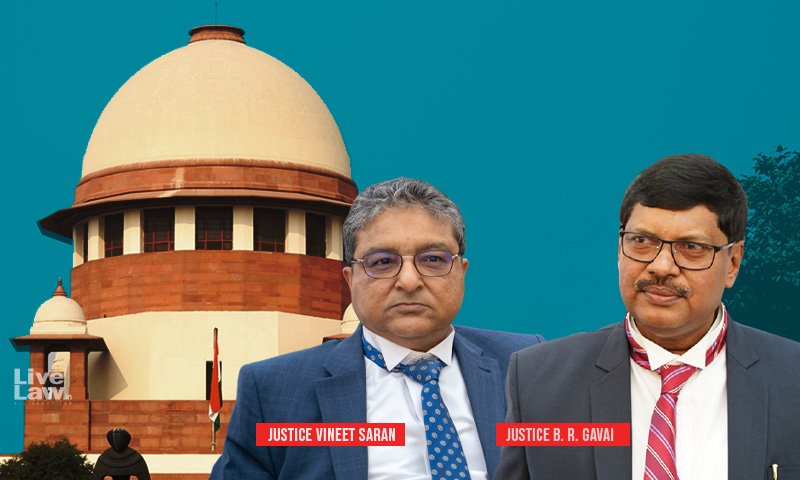 "Doctrine of impossibility is applicable to Court orders as well", said the Supreme Court on Friday stayed the directions issued by Allahabad High Court on May 17 for upgradation of medical facilities in the State of Uttar Pradesh on a war-scale footing. Stating that High Courts should avoid passing orders that are not capable of being implemented, a Bench of Justices Vineet Saran and...

"Doctrine of impossibility is applicable to Court orders as well", said the Supreme Court on Friday stayed the directions issued by Allahabad High Court on May 17 for upgradation of medical facilities in the State of Uttar Pradesh on a war-scale footing.

The Bench went on to note that the "Doctrine of Impossibility" was equally applicable to Court orders as well. It was further recorded that High Courts should normally refrain from issuing directions matters which have transnational and international ramifications, especially when such matters of national level were being considered by the Top Court in separate proceedings.

"...we may also mention that in matters which have transnational and international ramifications, the High Court should normally refrain from issuing directions in such matters,especially when such matters of national level are being considered by this Court in separate proceedings", the Court said in the order.

The Supreme Court was hearing an appeal by the State of Uttar Pradesh, represented by Solicitor-General Tushar Mehta, against an Allahabad High Court order wherein a slew of directions had been passed with regard to providing ambulances with ICU facilities in all villages, making oxygen beds available in all nursing homes, upgradation of medical college hospitals in the State etc. on an urgent basis in a time-bound manner considering the second wave of the COVID-19 pandemic.

The SG had submitted to the Supreme Court that the High Court's directions, though well-meaning, are difficult to implement.

Further, the High Court had directed that all nursing homes should have oxygen bed facilities and that nursing homes having beds above the specified number should have oxygen production plants and certain percentage ventilators. Further, the High Court had directed that the medical college hospitals in the State should be upgraded to the level of Sanjay Gandhi Postgraduate Institute within a period of four months.

Additionally, the High Court made observations such as the health care system in towns and villages of Uttar Pradesh was like "Ram Bharose". Such observations, according to the SG, had a demoralizing effect on the healthcare professionals in the State who were working day and night.

In this regard, the bench agreed that the submissions of the Solicitor General have "some force".

"In our view, the submission that such observations were not warranted and the same may create panic amongst the citizens of theState and nullify the endeavours of the State Government in doing whatever best they are able to do for control of the pandemic andgive relief to the patients, has some force", the SC bench said.

The SG also informed the Top Court that the High Court had made several observations relating to vaccine production and had suggested that the Government should take the vaccine manufacturing formula from companies to enable more companies to produce the same. Here, the SG submitted that High Courts ought to refrain from passing directions in policy matters, especially when they can have trans-state and even trans-national ramifications.

"Be that as it may, it is a normal practice, which is also desirable, that such matters of public importance are dealt with by the Bench presided over by the Chief Justice, but since the constitution of Benches is the prerogative of the Chief Justice, inour view, it would be for the Chief Justice of the High Court to consider such aspect and pass appropriate orders".

The Supreme Court has posted the matter next on July 14. Senior Advocate Nidesh Gupta has been appointed as amicus curiae in the matter.

Appearances : Solicitor General of India Tushar Mehta, for State of UP