[IBC] Does Principal Borrower Has To Be Corporate Entity In Order To Maintain Insolvency Proceedings ? SC To Examine [Read Order] 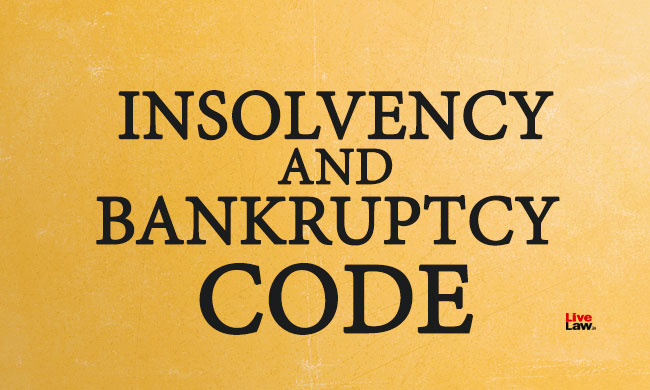 Does the principal borrower has to be corporate entity, in order to maintain the proceedings under the Insolvency and Bankruptcy Code, 2016 (IBC)?, the Supreme Court would examine this question that has arisen in an appeal against a judgment of National Company Law Appellate Tribunal (NCLAT).

In this case the Financial Creditor' filed an application under Section 7 of the IBC against a proprietorship firm. The NCLT held that such an application is maintainable.

Before NCLAT, it was contended that the application can be filed only against Company and the same is not maintainable against the Sole Proprietorship Firm.It was further contended that as per Section 5A of the I&B Code, 2016 to commence the insolvency proceedings against the 'Corporate Guarantor', both the 'Principal Debtor' and 'Guarantor', must be Corporate entities/ Corporate Debtor, as defined under Section 3(7) and 3(8) of the Code.

While dismissing appeal, NCLAT observed thus: "The 'Corporate Debtor' being a 'Corporate Person' and registered under the Companies Act,2013 had Guaranteed 'Surety' in regard to 'Contract' with 'Debtor firm' or 'Proprietary concern' as the case may be. As per Section 145 of the Indian Contract Act, 1872 in respect of every 'Contract of Guarantee', there is an implied Promise of the 'Principal Debtor' to indemnify the 'Surety'.... It may not be out of place for this tribunal to make a relevant mention that the 'Financial Debt' includes a 'Debt' owed to a Creditor by a 'Principal' and 'Guarantor'. A just Omission or failure to pay on the part of a Guarantor to pay the 'Financial Creditor', When the Principal sum is claimed/demanded certainly, will come with the scope of 'Default' under Section (3),(12) of the Code. The proceedings under Section 7 of the Code can be triggered by a 'Financial Creditor' who had taken Guarantee in respect of 'Debt' against 'Guarantor' for failure to repay the money borrowed by the 'Principal Borrower'. To put it explicitly (Ms/ Surana Metals Ltd.) is the 'Corporate Debtor' and that the Appellant is the proprietor of the Firm of M/s Mahaveer Construction."

While issuing notice on the above said question, the Supreme Court bench comprising of Justices Arun Mishra,BR Gavai and Krishna Murari stayed the operation of NCLAT judgment till the next date of hearing. The case is posted to last week of August, 2020.