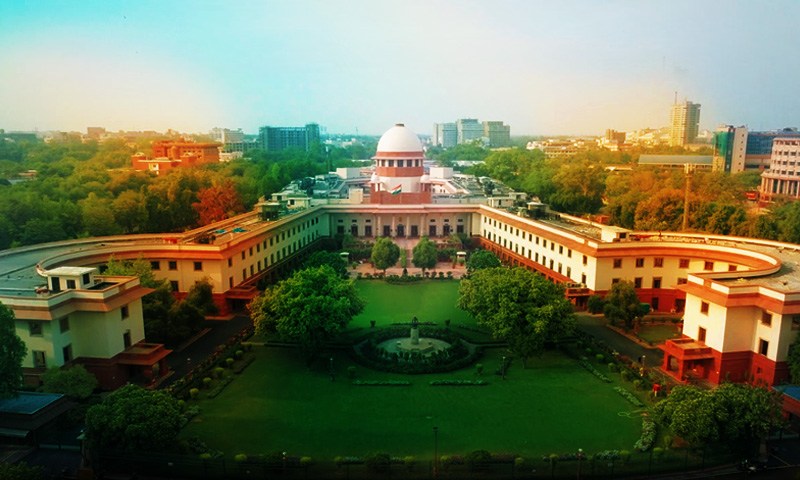 The Supreme Court on Friday took serious objections to the allegations raised by Advocate Reepak Kansal, who complained that the SC Registry was showing discrimination and undue preferences in the matter of listing of all cases.

"How can you compare your Petition on One Nation One Ration Card to the plea of Arnab Goswami? What was the urgency? Why are you saying nonsensical things?", the bench said.

"All members of registry work day and night to make your life easier. You are demoralising them. How can you say such things?", the bench added.

Justice Arun Mishra stressed "registry is not subordinate to us. They're very much part and parcel of SC".

After chiding the petitioner for "irresponsible" allegations, the bench reserved orders in the matter.

The petition by way of a Public Interest Litigation urged that the intervention of the Court is necessary in order to dissuade the Registry eco-system from discriminating and humiliating litigants.

Kansal has stated that the Section officers and/or Registry of Supreme Court routinely gave preferences to some law firms and influential advocates for reasons "best known to them".

"This is discrimination and against equal opportunity to get justice in this Hon'ble Court", he states.

The petitioner-lawyer also drew attention in his averments to the immediate listing of Republic TV's Editor In Chief Arnab Goswami's plea, which was filed at 8.07 PM and was listed the next day within one hour as declared in the Supplementary list of the Supreme Court website.

The plea also contended that seeing this "discriminatory" practice adopted by the Registry and after failing to get his petition listed despite a letter of urgency on record annexed with the petition, Kansal complained to Secretary General of the Top Court via email. No response was given by the respondents, he states.