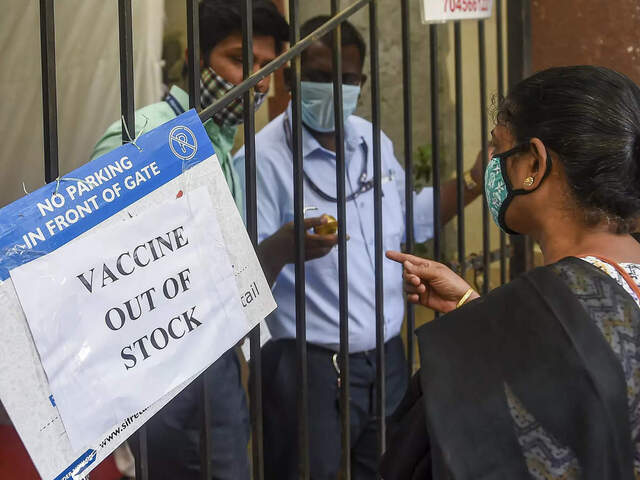 Hearing a PIL seeking door-to-door vaccination for the elderly and immobile, the Bombay High Court on Wednesday observed that the Centre was making decisions for the public benefit. However, those decisions seemed delayed in the current scenario where a "surgical strike" on the virus is required.

The bench was referring to the Centre's Near to Home Covid Vaccination Centres Policy devised recently, following several court orders. As per the Centre's affidavit, its National Expert Group on Vaccine Administration for Covid-19's (NEGVAC) found near-to-door vaccination more appropriate than door-to-door inoculation, for now.

"Corona is now the biggest enemy of society. It may come inside certain persons who cant come out. Your approach should be like a surgical strike. But you are only assembling your force near the borders. You are not entering into any territory to strike on the virus. People have to come to you.

See other States, what they have done. You are making decisions for the public benefit, but it seems your decisions are delayed. If these decisions you would be taken earlier, it would have saved many lives," Chief Justice Dipankar Datta observed.

The CJ and Justice GS Kulkarni made the oral observations after PIL petitioner Advocate Dhruti Kapadia submitted that Kerala has issued guidelines for the door-to-door immunization of the bedridden, and even nomads of Kashmir are inoculated. Kapadia cited tweets of people travelling on bikes in rural areas to vaccinate villagers

It asked the BMC to explain how a 'senior politician' in Maharashtra managed to get the vaccine jab at home when the BMC's consistent stand is that it could start door-to-door inoculation only after the Centre's nod, "Right at the beginning, a politician got vaccinated in his house, who did it? State or BMC?

Senior advocate Anil Sakhare for the BMC said he will come with instructions tomorrow, "Not tomorrow, we want answers now! Today we want to know what's what. We are saying you (State) are the model for the entire country. Did Kerala wait for the Central Govt.'s permission?"

However, after the bench learned about the Centre's refusal to allow door-to-door vaccination to either the State or BMC, it turned towards the Centre to understand why such a policy was not being adopted in other states.

Additional Solicitor General for the Centre submitted that every person has to be vaccinated, whether bedridden or not. "We will be coming out with a new SOP. To ensure all are vaccinated. We are also concerned and working on it. We will be reviewing the situation time and again."

In response, the court asked him the Centre's views on door-to-door guidelines in Kerala. "If there is a national policy that each state govt must gain Centre's approval, then it should apply to all states. If Kerela, J&K, Bihar have done it, then why has Bombay asked for permission?"

"It's happening in the south, the east and the north. Why not in the west?," the bench said before adjourning the matter for Friday.

On Tuesday, the bench said it appreciates the steps taken by the Centre on its near to door vaccine policy. "Petitioner said door to door, and you're saying it should be near the door. You are trying to reach them."

It had, however, asked the Additional Solicitor General to take instruction on how the Centre plans to overcome difficulties faced by those who cannot reach the vaccination centres

The bench is hearing a PIL by two advocates Dhruti Kapadia and Kunal Tiwari seeking directions to the Central and State governments to initiate a door-to-door vaccination drive for citizens above 75, persons with physical disabilities, and the immobile.