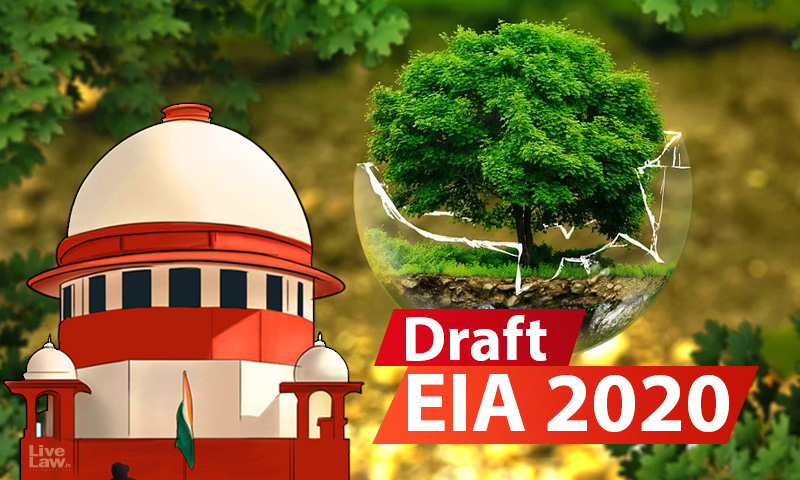 The Centre, however, withdrew its Special Leave Petition filed in the apex court to avail the remedy of review in HC itself against the direction passed on June 29 to publish the draft EIA notification in 22 official languages in 10 days.

Accordingly, the top court allowed the SLP to be withdrawn, with liberty to file review petition before the HC. The contempt proceedings in HC will remain stayed till the disposal of the review petition, ordered the SC.

"Needless to state that in case the petitioner fails before the High Court, it is permitted to approach this Court once again challenging the main order as well as the order passed in the review petition", clarified the bench comprising CJI S A Bobde, Justices A S Bopanna and V Ramasubramanian.

It was on June 29 that the Delhi High Court on Tuesday directed the Central Government to publish the draft Environment Impact Assessment (EIA) notification, 2020 in all 22 official languages on July 3.

The order had been passed by a division bench of Chief Justice DN Patel and Justice Prateek Jalan in a petition filed by environmentalist Vikrant Tongad, seeking extension of the time to respond to the draft EIA 2020 till September.

While extending the deadline till August 11, the bench asked the Government to publish the draft notification in all 22 official languages that are mentioned in the Eighth Schedule of the Constitution, within 10 days.

The direction was made after the Petitioner pointed out that the draft had been published only in English and Hindi, whereas it is proposed to have effect all over India and to several industries and comments have naturally been elicited from all over the country.

He further informed the court that even in past, the Government has published its draft notifications in other languages.

While allowing this prayer, the bench clarified that the translation may be undertaken by the Government of India itself, or with the assistance of the State Governments, where applicable.

"Such translations should also be published through the website of the Ministry of Environment, Forest and Climate Change, Government of India as well as on websites of Environment Ministries of all the States as well as those of State Pollution Control Boards, within ten days from today," the bench added.

The High Court of Karnataka has restrained the Centre from finalizing the draft notification till September 7, after noting that it has not been published in local languages, and that the pandemic and the lockdown affected the right of people to file their objections.