Droplets Released By Car Driver Can Infect Other Occupants Even After Hours, Says Delhi HC To Make Mask Compulsory For Lone Passengers 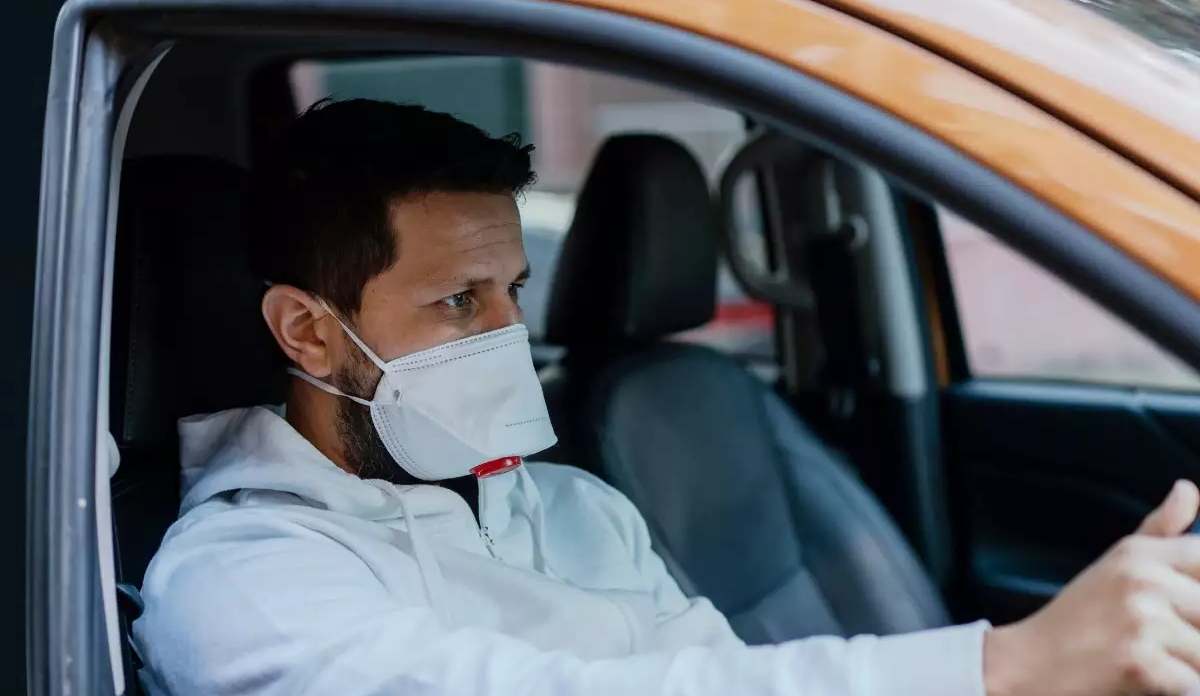 While holding that wearing of face masks is compulsory even when a person is driving a car alone, the Delhi High Court observed that droplets carrying coronavirus released by a car driver can infect other occupants who may enter the car even after a few hours.

Dismissing four petitions filed by different advocates challenging the fine imposed by Delhi authorities for not wearing facemasks while driving vehicles, the Delhi High Court held that a private car can be a "public place" for the purpose of COVID-19 control.

The Court said that the "moot question"i n the case was "whether a person travelling alone in a moving car or vehicle can be exposed to other persons and if the answer to this in an affirmative, then the car or private vehicle would be a public place for the purpose of the present case."

In this regard, the Court said that travelling alone in the car was a temporary phase only, and the driver could infact come into direct contact with various persons at any point during the commutation - for instance at traffic signals if and when making any purchases, to elderly family members, children or colleagues if they have been dropped or are going to be picked up, etc.

Such persons can also be exposed to the virus if the occupant was not wearing the mask. The droplets carrying the virus can infect others even after a few hours after the occupant of the car has released the same.

The relevant observations from the judgment authored by Justice Prathiba M Singh are as follows :

"A person travelling in a vehicle or car even if he is alone, could be exposed to the virus in various ways. The person may have visited a market, or workplace, or hospital or a busy street, prior to entering the car or vehicle. Such person may be required to keep windows open for the purposes of ventilation. The vehicle may also be required to be stopped at a traffic signal and the person could purchase any product by rolling down the window. The person may thus,be exposed to a street side vendor. If a person is travelling in the car alone, the said status is not a permanent one. It is merely a temporary phase. There could be other occupants in the car prior to the said phase and post the said phase. There could be elderly family members or children who may be picked from the school or even simply friends or colleagues may travel in the car in the immediate future. Such persons can also be exposed to the virus if the occupant was not wearing the mask. The droplets carrying the virus can infect others even after a few hours after the occupant of the car has released the same.There are several possibilities in which while sitting alone in the car one could be exposed to the outside world. Thus, it cannot be said that merely because the person is travelling alone in a car, the car would not be a public place".

The Court held that a private vehicle moving in a public place, even if occupied by a single person, is a "public place" for the purposes of COVID-19 control.

"A vehicle which is moving across the city, even if occupied at a given point in time by one person, would be a public place owing to the immediate risk of exposure to other persons under varying circumstances. Thus, a vehicle even if occupied by only one person would constitute a 'public place' and wearing of a mask therein,would be compulsory. The wearing of a mask or a face cover in a vehicle, which may be occupied by either a single person or multiple persons is thus,held to be compulsory in the context of the COVID-19 pandemic".

The verdict was pronounced on four petitions filed by different lawyers challenging the imposition of challan for not wearing a mask while driving a private vehicle alone. The verdict was reserved on Feb 17.
The Court also observed in the judgment that lawyers had a higher duty to comply with public health protocols, owing to their legal training.
"This Court would also like to add that all the four Petitioners in these cases, being advocates/lawyers ought to recognise and assist in implementation of measures to contain the pandemic,rather than questioning the same. Advocates as a class, owing to their legal training have a higher duty to show compliance especially in extenuating circumstances such as the pandemic. Wearing of masks cannot be made an ego issue.Compliance by advocates and lawyers would encourage the general public to show greater inclination to comply. The duty of advocates and lawyers is of a greater magnitude, especially in the context of the pandemic for enforcement of directives,measures and guidelines issued under the Epidemic Diseases Act, 1897and the Disaster Management Act, 2005".