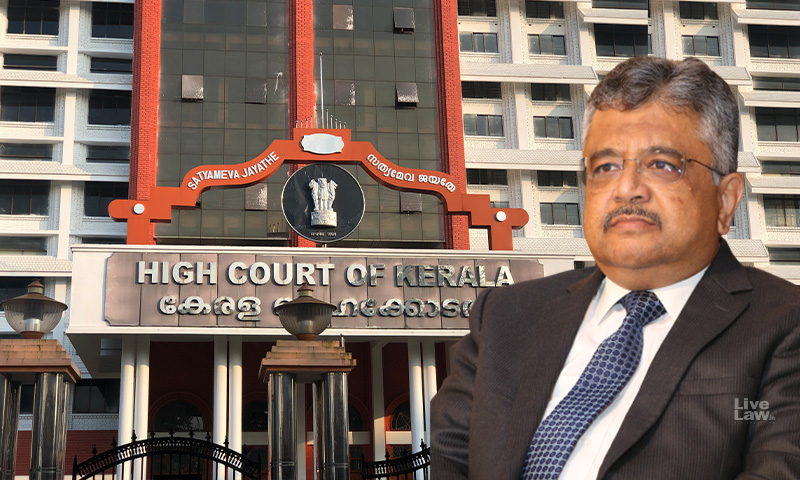 Opposing the FIR registered by Kerala police against the Enforcement Directorate, Solicitor General Tushar Mehta on Wednesday submitted before the Kerala High Court that "law never contemplated a situation where one investigation agency is investigating the correctness of another investigating agency".He was arguing the petition filed by P Radhakrishnan, Deputy Director of ED Kochi Zone...

Opposing the FIR registered by Kerala police against the Enforcement Directorate, Solicitor General Tushar Mehta on Wednesday submitted before the Kerala High Court that "law never contemplated a situation where one investigation agency is investigating the correctness of another investigating agency".

He was arguing the petition filed by P Radhakrishnan, Deputy Director of ED Kochi Zone seeking to quash the FIR registered by Kerala Police Crime Branch against "unnamed ED officials" for allegedly coercing gold smuggling accused Swapna Suresh to give incriminating statements against Chief Minister Pinarayi Vijayan and other Ministers.

During the hearing today, Tushar Mehta started submissions stating that at the outset, this is a question of wider implication, not just a question of quashing FIR, as it raises "question of cooperative federalism". A Central Agency(ED) is investigating offences under PMLA, along with Customs and NIA.

He added that ED has collected evidence and presented report before the Court, and Local police has also started investigating whether ED's investigation is correct or not.

According to SG Mehta, the first question that arises is that of "cooperative federalism" and what will the repercussion be if this permitted.

"A central agency is investigating a case in a state. A potential accused, who is powerful, whether politician or a bureaucrat, is influencing local police to register case against the central agency. If that is the law, no free and fair investigation will be possible." Mehta said

Mehta further submitted that there are certain shocking facts which will shake the conscience of the court.

The Kerala Police investigation is a complete 'abuse of process of law', which is a ground for the High Court for the interfere under Sec 482.

Justice V G Arun then asked SG Mehta if he's arguing that the law makers never contemplated such a situation.

Solicitor General responded by saying this is an absurd situation and what the local police is now doing is tampering with evidence, which is now before the Court which has taken cognizance.

Solicitor General asked if a counter-FIR can be registered against Kerala Police for fabricating evidence.

"If their FIR is correct, my FIR will also be correct. Abuse of process of law is so flagrant and so manifest that your lordship's power under Article 226 read with Section 482 CrPC has to be invoked." Mehta remarked

SG submitted that the lady, Swapna Suresh, who was in the custody of ED from August 5 to August 17, 2020, has never complained of coercion. The allegation in the impugned FIR is that on 13th August, two lady officers saw that in their presence, she was pressurized to give the statement.

"From the recording of a judicial order I can show that the FIR is fabricated." SG argued

Referring to a remand order which records Swapna's allegation that she was tortured in ED custody without the presence of women officers, SG Mehta submitted that Kerala police has now said that lady officers were there to protect her.

"The FIR says evidence has been fabricated. That is with respect to my evidence on which the Court has taken cognizance. Now another agency will examine if my evidence is correct!" SG remarked

SG further said that Swapna Suresh had said on August 14 that she had no complaints and her only complaint was that no lady officers were present. However, Kerala police FIR says women officers were there, who saw she being pressurized.

"Truth has a strange way of coming out. The draftsman of the FIR forgot that the lady(Swapna Suresh) told the Court next day that no lady officers were there, and FIR is now registered on the basis of statements of two lady officers!." SG stated.

At this point, Justice Arun asked SG Mehta if statement of Swapna's counsel could mean that there was no lady officer from ED.

Solicitor General responded by saying that the woman has made no complaint that she was pressurized. She(Swapna) meant that as a woman she was alone, and no lady officer, whether from ED or local police was there.

Referring to a statement in the FIR saying that it was registered on the basis of legal opinion, SG Mehta argued that the correct legal opinion should have been, since the allegation is relating to evidence which is before a court, it is only that court which can take cognizance of pressurizing.

SG argued that only the Special Judge, PMLA Court can look at the evidence and direct prosecution of the ED officials. But before the any action has been taken by the Court, the local police is now saying that ED's evidence is fabricated. This is nothing but a malicious case.

"My respectful submission is that this can be done only by the Special Judge at the end of the trial. You cannot have a second agency take a second guess at the investigation of another agency, which is placed before a competent court." SG Mehta submitted

SG further added "In every investigation, there will be an allegation in trial that the evidence is fabricated. Will it be rule of law if another agency examines that before the court has had a look on it? It is antithetical to rule of law and constitution."

SG Mehta stated that the lady had several opportunities before a neutral forum and did not have to wait for a lady officer to come with an audio recording to say this. Nowhere, whether directly or indirectly, she has given any statement that she was pressurized. She is not an illiterate lady without any legal assistance.

Referring to Court's findings while refusing bail to Swapna Suresh, SG Mehta stated that her counsel never argued that she was pressurized to give statements.

"Two invisible lady constables have given the statement! This is the minimum you'll check in a genuine preliminary enquiry." SG Mehta remarked.

Justice VG Arun observed that he is convinced that neither this lady nor the other accused have raised any complaint of harassment or compulsion at any point whether before the special judge or this court.

Justice VG Arun : I am convinced that neither this lady nor the other accused have raised any complaint of harassment or compulsion at any point whether before the special judge or this court.#KeralaHighCourt #ED #KeralaPolice

Solicitor General added that even in the statement of Swapna recorded by the Customs before the Magistrate under Section 164, she has not raised any complaint of coercion.

"Please see the path which Kerala Police has taken. Not only they will destroy my evidence(ED), but also Customs case and NIA case." SG stated.

"Your lordships have several contemporaneous records, judicial proceedings, which are now sought to be overturned, on a farcical preliminary enquiry, based on statements of "invisible lady officers" SG remarked.

SG added that the correct legal opinion should have been to approach the Special Court which has taken cognizance of the matter. If this sort of FIR is allowed, a central agency will not be able to do fair and fearless investigation in a State. This is the wider question.

Solicitor General added "This is barred by law. One investigating agency cannot nullify the investigation by another agency.The concept of cooperative federalism is that state and central agencies act in tandem against perpetrators of crime, and not nullify each other."

SG concluded by stating that this is a situation where an investigation agency is saying that the investigation is destroyed and the FIR is illegal and violates even Article 21.

Additional Solicitor General SV Raju, who took over the arguments from the SG, submitted before the Court that by invoking Section 116 IPC, the FIR itself admits that no offence is made out as 116 can be invoked only if the offence is not committed. Therefore, there is an admission that offence has not been committed.

ASG Raju stated that there is not a whisper in the FIR that an incorrect document has been framed. The ingredients of Section 167 IPC are also not made out.

"FIR is vague. It has nothing. Neither head or tail. It makes out no offence." ASG remarked.

At the hearing last week, the bench ordered that no coercive action be taken against the ED official till the next date of hearing.
During the course of proceedings last week, the ASG SV Raju had argued for the ED that the FIR was frivolous, vexatious, and baseless.

He had submitted that Section 195(1)(b)(i) of the Code of Criminal Procedure barred taking cognizance of offences connected with and in relation to court proceedings except on a complaint made on behalf of the concerned court.

"Therefore, we argue that cognizance could not have been taken on this FIR as the matter relates to an offence connected to and in relation to a court proceeding", he submitted.

On Monday,  the Kerala Government filed a counter affidavit in the case before the High Court. In its counter, the Kerala Government charges the ED that it had ulterior motives in filing the writ petition and publishing statements made by the various accused during the course of its investigation into the gold smuggling scam and its various manifestations.

The hearing is in progress. Live Updates can be followed here