Employee Should Know Service Rules; Not For Employer To Advise Him About It: SC [Read Judgment] 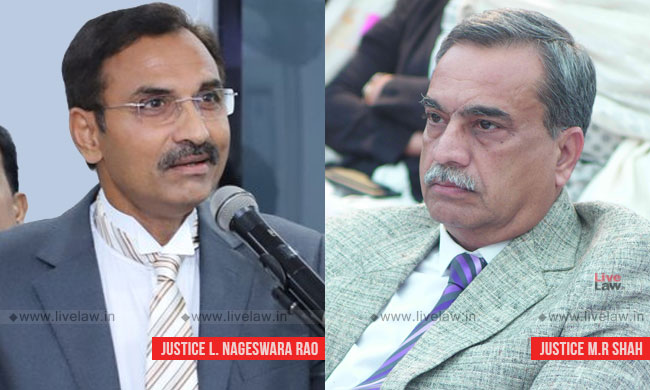 The Supreme Court has observed that it is for an employee to know the service rules and an employer is not expected to advise him/her about it.

The bench comprising Justice L. Nageswara Rao and Justice MR Shah was considering an appeal by an employee against Madras High court order dismissing his challenge against Central Administrative Tribunal that department to place an in the seniority list above him.

To allow an OA filed by another employee, the Central Administrative Tribunal noted that the employee was not aware of the quota-rota rule maintained by the department and also how the seniority list will be fixed between the LDCE appointee and direct recruitee. It also said that, if he had been told that as per the quota-rota rule, the LDCE candidate would rank senior even though he was appointed as direct recruitee four months earlier, he would have definitely accepted the promotion through LDCE quota. On the ground that the department failed to give proper guidance and advice to one of its employees, the bench observed that he could not be denied of his legitimate right which will have a bearing on his seniority.

In the appeal (P. Subramaniyam vs. Union of India), the Apex Court bench noted that as per the rules, the seniority was required to be fixed as per the quota-rota rule and as per the rule position in that year the direct recruitee was to be placed below the LDCE quota, since the LDCE selection process was treated as the Fast Track promotion. The court also observed that the other employee did not accept his appointment/promotion in LDCE quota though selected and offered and he continued his appointment as a direct recruitee. Holding that the High Court and Tribunal made a gross error in deciding the OA, the bench said:

"The learned Tribunal as well as the High Court are not justified in directing to put respondent No. 4 in the seniority list above the appellant who, in fact, was appointed in the LDCE quota and the respondent No. 4 never accepted his promotion in the LDCE quota. It was for the employee to know the rule. The department was not expected to advise and/or tell the employee about how the seniority will be fixed and/or about the rota¬quota rule."