Enquiry Strengthens The Independence Of Judiciary 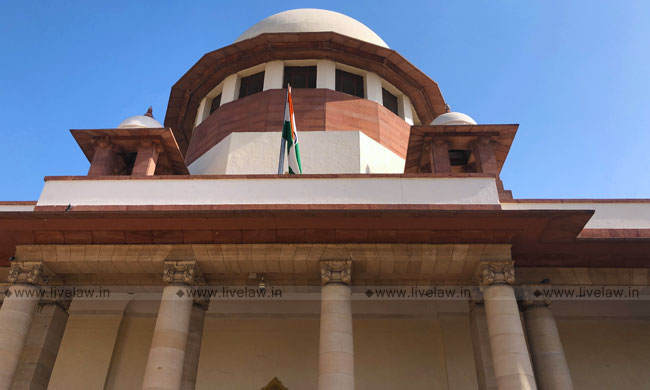 Yes we must stand rock solid with the Judiciary and the Judges . We must protect the Independence of the Judiciary too. What does this mean in the present context of a very serious charge of sexual harassment levelled by an employee of the court against the CJI ? We are told that there is a larger conspiracy to deactivate the CJI and wreck the independence of the Judiciary. We are also told that some left oriented and Congress oriented web portals and lawyers are raking up this issue to destabilise Judiciary and wreck independence of the Judiciary. Though I am sceptic of this theory, but if true it becomes a yet more serious matter to enquire into speedily by a high level committee. This counter charge levelled by howsoever mighty should not be a device to pulverise the lady employee to silence or to withdraw or drop her complaint. This also cannot be a method systematically used to trash the charges without an enquiry. This also cannot be allowed to be like the famous " foreign hand " thesis deployed to explain away adverse situations. If some one is conspiring against Judiciary then we must find out who are those.

But can we discover the conspirators without an enquiry ? The impartial enquiry alone will tell us whether the charges are true or false and once the falsity is established the conspirators would be found . This is not a matter of conflict between political parties---- Left , Right or Centre. All should support the impartial enquiry which affords the employee full opportunity. Whether CJI should stop functioning for a while or not should be decided by the full court. I personally feel he should stop when and if the enquiry committee finds a prima facie case against him. But enquiry if avoided would be a serious setback to Independence of Judiciary.

One wonders whether Keshwanand Bharti's case devised the concept of Independence of Judiciary to shield judges from charges levelled against them. It is a concept which ensures functional independence from the influence of the Executive, Parliament and outside influences. If this protects the judges from misdemeanours then it is going to be a disaster for judges right down to the District Courts can use this to brush aside serious charges. Here is an employee who has worked with the CJI, has filed an Affidavit, annexed evidence, and chosen to circulate complaint to brother judges of the Supreme Court. That was a right step. Web Portals only published the same. They also said that court has rubbished the charge. That was a fair exercise of Media Rights under Art. 19 of the Constitution. Now only an enquiry can clear the mess and determine who is at fault and guilty.

Supreme Court has ruled " Be you ever so high you are not above law". That is Rule of Law another jewel in the crown of Basic Feature. Will Supreme Court sound the burial of the doctrine of Basic Features just because a Chief Justice is involved. Are we relapsing to feudal monarchical system where " The Crown does no wrong"? Whither Supreme Court of India? India looks towards you to set standards or rather to live and shine by your standards. I am confident that the Socialist Democratic Republic would give the lady employee a chance of hearing. Kasab was given. She is a little Indian.

There is no reason for trepidation on account of the charge of an employee.But look how the CJI speedily constituted the Bench with himself as presiding. To hear what? A suo moto petition. Where were the pleadings and facts or reliefs.? That was unfurled in courtroom by the CJI. So he was the petitioner. And was the charged person. And he also presided. He also argued. The other two judges simply joined and signed an order. I assume they had not made any enquiry earlier and were not briefed by CJI and they sat with open mind. Upon hearing the CJI they should have issued notice to the lady and the web portals if they were convinced. Why was notice notice not issued. Reason is obvious. It was suo moto and Judex in causa sua. And who suffered. Democracy, Liberty, Rule of law, Justice, Equality. Verily the Preamble of the Constitution. It appears that before the bench sat the full court was not consulted. Why was full court not convened? This is another trend which reflects lack of trust in brother judges.

We realise that Judges are vulnerable and charges can be levelled easily by dissatisfied litigants or others. But Judges are the high priest of the Temple of Justice. They have to be seen as spotless. The Agnipariksha through impartial enquiry should not be avoided nor charges should be trashed without enquiry. Ramayan shows the path. When a dhobi expressed doubts Shri Ram ordered Mata Sita to undergo Agnipariksha. This alone would strengthen Independence of the Judiciary.. 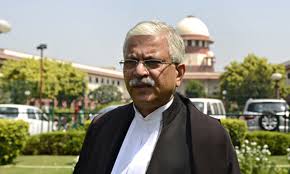 Author is Senior Advocate in Supreme Court of India