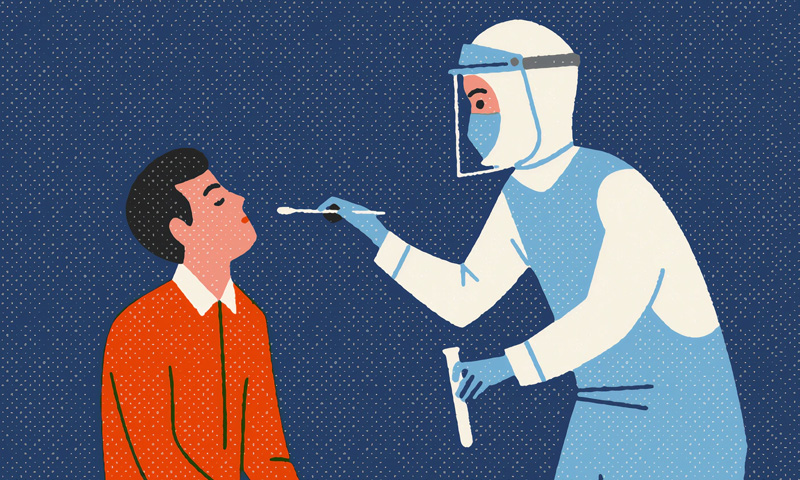 The Karnataka High Court on Saturday directed the State Government to issue appropriate orders to all recognised laboratories to provide test results to patients who have undergone RT-PCR test at the earliest and not later than 24-hours.

A division bench of Chief Justice Abhay Oka and Justice Suraj Govindaraj said "It is pointed out that considering the fact that a large number of samples are being submitted for RT-PCR test, results are not available even for a period of 48-hours. Non-availability of results for such a long time will have serious and drastic consequences. The reason is if a person tests positive his isolation and treatment will be delayed."

Accordingly, it said "The State must consider issuing directions to all recognised labs by exercising appropriate statutory powers to provide test results at the earliest and not later than 24 hours."

The court also referred to a recentBombay High Court judgment which has directed that results first be communicated to patients by whatsapp or sms and thereafter the same shall be put on ICMR platform.

The court also directed the state government to ensure that after the sample is taken he (patient) should be informed to remain in home quarantine till availability of result, necessary steps shall be taken to inform the person about requirement of home quarantine at the time of taking samples.

Advocate Clifton D Rozario brought to the notice of the court a tweet going viral about Ex-chief Minister of Karnataka, H D Kumaraswamy not able to secure a bed at Manipal hospital after he tested positive for covid-19. He submitted that "When privileged people cannot get beds one can only imagine the plight of poorer sections of the society."

In its order the bench said "It is the duty of the state government to ensure that no covid-19 patient who is medically advised for hospitalisation or institutional quarantine is deprived of that facility."

As figures of daily positive cases in Bengaluru urban crossed 10,000 yesterday, it is necessary for the state government and BBMP to start a campaign of making citizens aware at a massive scale. The court said "The awareness campaign will include steps to be taken right from approaching a recognised laboratory for sample testing. BBMP will have to ensure that after the test result of a particular person as covid positive concerned authorities of BBMP contact the concerned patient. This direction is required to be issued as it is pointed out across the bar that in some cases even after 24-hour of the test result no one from BBMP approached the concerned patient."

The bench also directed the state government at different levels in the state and BBMP to give wide publicity about measures to be taken by common man and all the helplines available at different levels. Not only newspapers but all prominent places, railway station, bus stand. Even soft copies of advertisement shall be circulated through cell phones, email and other electronic media.

The court suggested the state government to consider constituting a committee of eminent citizens, members of the civil society, and experts in various fields not only for the purpose of effective monitoring and for dealing with the grievances. Court said, "Iit will boost the public's confidence.

State should consider of appointing a committee consisting of Retired judge of apex court or the High Court or Retired civil servant who has held post of Chief Secretary, Retired IPS officers who has high post liked DGP, retired officers of rank of Chief Commissioner of income tax etc, eminent person of city of Bengaluru with great repute, state shall respond on this suggestion on the next date.

The court suggested that to avoid any panic state must give wide publicity to availability of stock of the said medicine by giving district wise bifurcation. Display number of nodal officers in private hospitals so that relatives of patients can contact in case of emergency.

BBMP shall place on record steps taken to facilitate disposal of bio-medical waste. Give details of whether all safety measures and safety equipment are made available to pourakarmikas.

It was informed to the court that though several restrictions were imposed on all activities including prohibition on religious gatherings. Under the government order dated April 16, political gatherings of 200 people are permitted. Further it was said that such gatherings may make a huge contribution to the spread of covid.

The court said "Prima facie we find merit in the said submission and therefore the state must consider this aspect. It is also pointed out that results of byelections are to be declared, it is necessary for the state to ensure that post declaration of results and outside the places where counting is being done there is no congregation and the rallies are avoided. State must issue immediate direction in this behalf to all concerned. Even before the copy of this order is made available."

The matter will be next heard on April 22.