Ensure No Obstruction In Transport Of Oxygen To Delhi: Delhi HC To Centre, Warns Of Criminal Action Against Erring Authorities 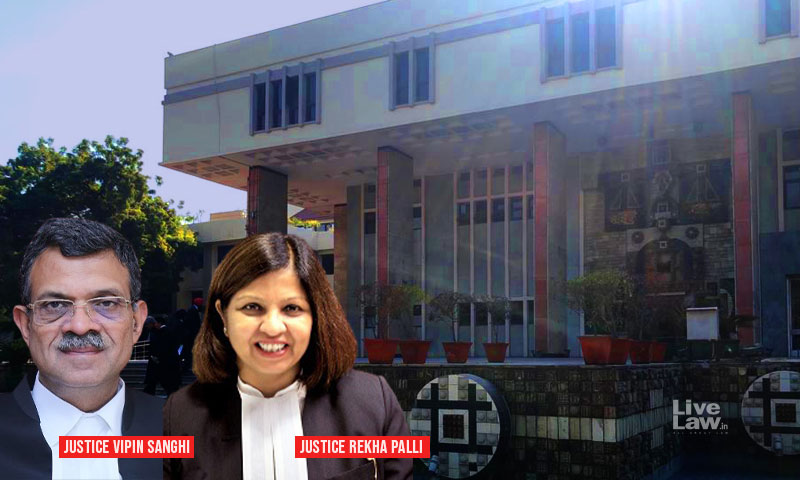 The Delhi High Court on Thursday said that in case supply of Medical Oxygen to Delhi is blocked, then the local authorities responsible for its movement shall be held criminally liable for the same. "We direct that non-compliance will invite criminal action," the High Court said. A Bench of Justices Vipin Sanghi and Rekha Palli was hearing a writ petition filed by Saroj Super...

The Delhi High Court on Thursday said that in case supply of Medical Oxygen to Delhi is blocked, then the local authorities responsible for its movement shall be held criminally liable for the same.

"We direct that non-compliance will invite criminal action," the High Court said.

A Bench of Justices Vipin Sanghi and Rekha Palli was hearing a writ petition filed by Saroj Super Specialty Hospital, Rohini seeking urgent critical supply of oxygen to it. During the hearing, another hospital appeared before the Bench saying that they have only 3 hours of Oxygen left.

A similar petition was filed by Max Hospitals, Delhi yesterday where the Centre had assured that it will raise the allocation of oxygen for Delhi as 480 MT from 370 MT.

Today, Senior Advocate Rahul Mehra, appearing for the Delhi Government claimed that even though allocation has gone up, in reality, only 80-100 MT has been received by the State.

The Bench was informed that the shortage was due to obstruction of Oxygen Tankers being sent from Air Liquidae, Panipat, etc.

It was also informed that the Central Government has passed an order under the Disaster Management Act, for uninterrupted supply of medical oxygen across the country.

The order provides that there should be free movement of oxygen carrying vehicles into the cities and that the local administration, such as DMs, SSPs will be personally liable for implementation of the order.

In this backdrop, the Division Bench also directed the authorities concerned, bound by the order passed under the Disaster Management Act, to ensure strict compliance. Any non-compliance will invite criminal action, it said.

"We direct that Central Govt to ensure allocation takes place as planned and transportation of the tankers takes place unhindered. Adequate security to be provided to lorries transporting the oxygen, to move without obstruction," the Bench ordered.

Stressing on the gravity of the situation, Senior Advocate G. Tushar Rao told the Court that many Hospitals are issuing discharge letter to untreated patients, as they do not have enough Oxygen supply to support their lives.

"This is the fallout. Hospitals saying take the patient out as we can't supply oxygen. How can they ask the critical patients are already in hospitals to get out?" he told the Bench.

The Court noted that many Oxygen Tankers being sent from UP and Haryana, are being blocked by the local authorities, given the requirement in those States.

"We have just been informed that the plants are not honoring the allocations made, as they've been taken over by locals. Also, 3 of the plants are too far. So you should ensure that your allocations are honoured…What is the point of paper allocation (of oxygen) if they are not being allowed to transport," Justice Sanghi told the Centre.

He also told the officers that it may not be possible to airlift Oxygen Tankers due to technical reasons.

"My researcher has prepared a very nice report, have shared with you as well. It has to come either by rail or road due to air compression issues, it can't be airlifted. The empty tankers can be airlifted back to plants," Justice Sanghi said.

At this juncture, Senior Advocate Rao suggested that the Government may pass an order deploying para-military forces and put a corridor in place, to help the tankers move.

Secretary to the Ministry of Home Affairs also appeared before the Bench and informed that they were able to restore movement of stopped tankers by evening. He further submitted that a Nodal Officer of the IAS Cadre has been appointed to ensure that no hospital faces shortages.