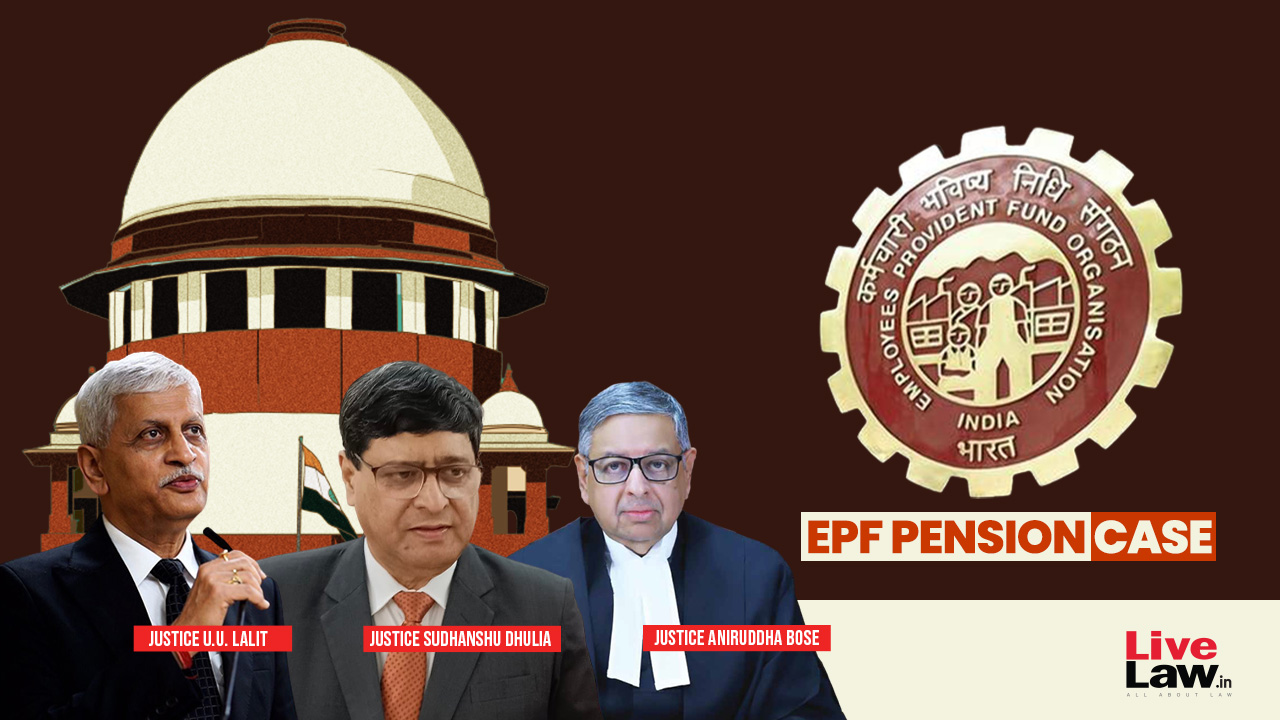 On the third day of hearing the EPF Pension case, the counsel appearing for the pensioners from Kerala on Thursday (August 4) questioned the veracity of the actuarial reports and other documents furnished by the Employees Provident Fund Organisation (EPFO) which pointed out that implementing the Kerala High Court Judgment of 2018 would cause a net actuarial deficit of Rs.15,28,519 crores in the Pension Fund.

1. Whether there would be a cut-off date under paragraph 11(3) of the Employees' Pension Scheme and

2. Whether the decision in R.C. Gupta v. Regional Provident Fund Commissioner (2016) would be the governing principle on the basis of which all these matters must be disposed.

The three-judge bench started hearing the reference on August 2.

Case Title: EPFO vs Sunil Kumar and Ors
Report of the next day's hearing :