Grant Of Essentiality Certificate By State Government To Establish Medical College Is Not Simply A Ministerial Act: Supreme Court 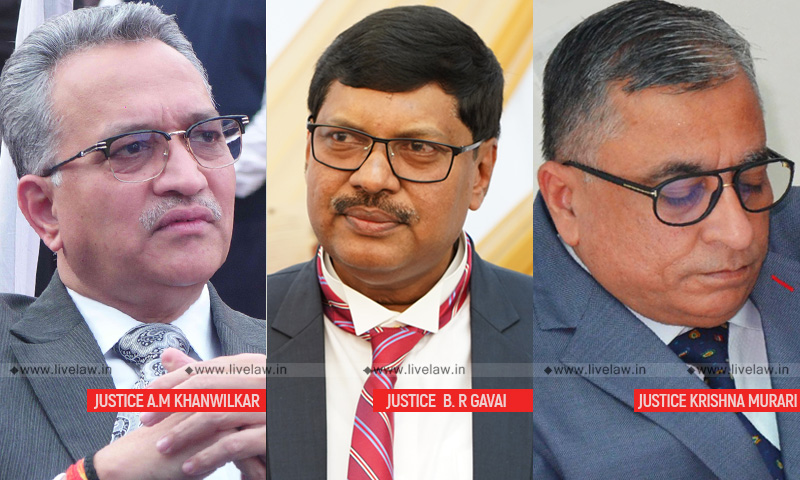 The Supreme Court held that grant of Essentiality Certificate by the State Government and Consent of Affiliation by the University is not simply a ministerial act.The court held that essentiality Certificate is mandatorily required by a person before he receives permission for establishment of a Medical College.The State Government has power to withdraw the EC where it is obtained by...

The Supreme Court held that grant of Essentiality Certificate by the State Government and Consent of Affiliation by the University is not simply a ministerial act.

The court held that essentiality Certificate is mandatorily required by a person before he receives permission for establishment of a Medical College.

The State Government has power to withdraw the EC where it is obtained by playing fraud on it or where the very substratum on which the EC was granted vanishes or any other reason of like nature, the bench comprising Justices AM Khanwilkar, BR Gavai and Krishna Murari observed.

The Trust's contention was that the issue of Essentiality Certificate is a ministerial job and the purpose of EC is limited to certify to the Central Government that it is essential to establish a Medical College. Since it was issued EC by the State Government and also CoA by the University in the year 2015 itself, therefore, it was entitled for the same in 2020 as well. On the other hand, the State contended that the State Government not only has to also to verify and certify that the norms of Medical Council of India are satisfied by the Trust and that infrastructure and other clinical materials are sufficiently available for setting up a new Medical College.

The court observed that the Essentiality Certificate in the prescribed form is crucial for avoiding cases where the colleges despite grant of initial permission could not provide the infrastructure, teaching and other facilities as a result whereof the students who had already been admitted suffered serious prejudice. Rejecting the Trust's contention that the grant of EC is just a ministerial act, the court observed thus:

"Medical Council of India Regulations as well as Kerala University Health Sciences Statutes very emphatically mandate that the consent of affiliation can only be given after the Institution fulfills the essential requirements. The contention of the Appellant that the absence of Essentiality Certificate is not one of the factors for consideration and is extraneous to the decision-making process cannot be accepted. Whilst granting the Essentiality Certificate, the State Government undertakes to take over the obligations of the private educational institution in the event of that institution becoming incapable of setting of the institution or imparting education therein. Such an undertaking on the part of the State Government is unequivocal and unambiguous. An Essentiality Certificate by the State Government legitimizes a medical college declaring it fit to impart medical education and gives accouchement to the expectation amongst the stakeholders that the Applicant College shall fulfill basic norms specified by the MCI to start and operate a medical college. Bearing in mind that the question of justified existence of a college and irregular/illegal functioning of an existing college belong to a different order of things and cannot be mixed up. We come to the conclusion that the issuance/re-issuances of an essentiality certificate is not in any way a ministerial job and while dealing with a case of maintaining standards in a professional college, strict approach must be adopted as these colleges are responsible for ensuring that medical graduate has the required skill set to work as a doctor in the country. Poor assessment system; exploding number of medical colleges; shortage of patients/clinical materials; devaluation of merit in admission, particularly in private institutions; increasing capitation fees; a debilitated assessment and accreditation system, are problems plaguing our Medical Education system. Allowing such deficient colleges to continue to function jeopardizes the future of the student community and leading to incompetent doctors to graduate from such colleges and ultimately pose a bigger risk to the society at large defeating the very purpose of the Essentiality Certificate issued by the State. The State would be deterring from its duty if it did not conduct an inspection from time to time to ensure that the requisite standards as set by the MCI are met before issuing/renewing the Essentiality certificate. That is by no stretch of imagination 'merely a ministerial job'. Considering especially that while issuing the Essentiality Certificate the State Govt undertakes that should the Medical College fail to provide the requisite infrastructure and fresh admissions are stopped by the Central Government, the State Government shall take over the responsibility of the students already admitted in the College. Same is the position with respect of CoA by the University. The First Statute of KUHS prescribes that University may appoint a Commission to inspect the proposed site to make a physical verification of the existing facilities and suitability of proposed site. The grant of affiliation is dependent upon fulfillment of all the conditions that are specified in Clause X(I) of First Statues or that may be specified which includes staff, infrastructure facility, hospital, internet, library, playground, hostel, etc. Thus, even grant of CoA by the University also cannot be said to be merely a ministerial act."

State Government has power to withdraw the EC

Another contention raised by the Trust was that the State does not have the power to withdraw the EC once granted and once issued, the same shall remain valid. Reliance was placed on some observations made in the decision in Chintpurni Medical College & Hospital & Anr. Vs. State of Punjab & Ors. Referring to a subsequent decision in Sukh Sagar Medical College and Hospital Vs. State of Madhya Pradesh, the bench observed:

"Let us make it clear that there can be no analogy drawn between the facts of Chintpurni case (Supra) and the present case. The Sukh Sagar Case (Supra) actually expanded the circumstances in which the State Government may withdraw the EC. The dictum of Sukh Sagar (Supra) actually supports the case of respondents. The law thus stand settled that the State Government has power to withdraw the EC where it is obtained by playing fraud on it or where the very substratum on which the EC was granted vanishes or any other reason of like nature

Dismissing the appeal, the bench said that the State Government of the University cannot be directed to issue EC or CoA to the appellant for the year 2020-2021.