Contempt Action Can Be Taken Only In Respect Of Established Wilful Disobedience Of Court Order, Reiterates Supreme Court 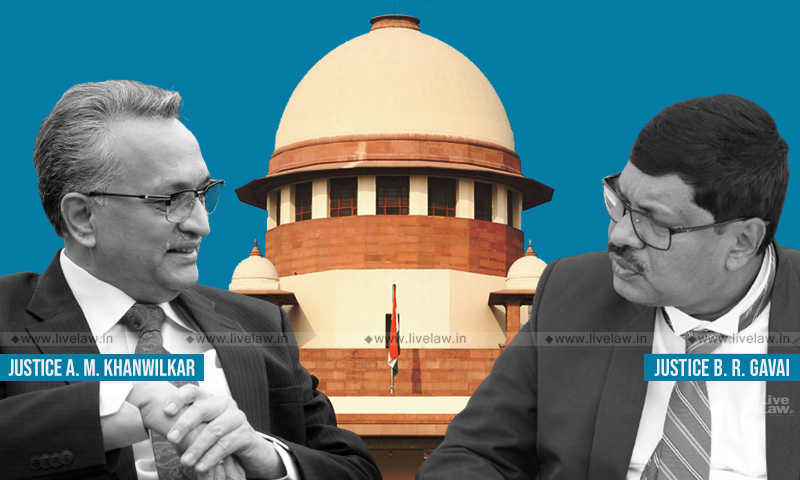 The Supreme Court reiterated that contempt action can be taken only in respect of established wilful disobedience of the Court order. "In exercising contempt jurisdiction, the primary concern must be whether the acts of commission or omission can be said to be contumacious conduct of the party who is alleged to have committed default in complying with the directions given in the judgment...

The Supreme Court reiterated that contempt action can be taken only in respect of established wilful disobedience of the Court order.

"In exercising contempt jurisdiction, the primary concern must be whether the acts of commission or omission can be said to be contumacious conduct of the party who is alleged to have committed default in complying with the directions given in the judgment and order of the Court", the bench comprising Justices AM Khanwilkar and BR Gavai observed while discharging show-cause notices issued to authorities.

In these cases, the  Uttar Pradesh Jal Nigam annulled the recruitment process pursuant to which the petitioners were employed, thereby terminating services of the petitioners. The said order was set aside by the Allahabad High Court which directed that the petitioners be permitted to work and be paid regular monthly salary. This was later upheld by the Supreme Court. Contempt petitions were filed alleging violation of directions issued by the Court.

While examining their contentions, the bench noted that the orders passed by the High Court and the Supreme Court do not contain explicit direction to reinstate the petitioners with continuity of service and back wages as such. "Instead, the expression used is only "to permit the petitioners to work on the posts" which were held by them at the time of their termination and "to pay them regular salary month by month" and "as and when the same accrues to them". Thus understood, it is not a case of wilful disobedience of the orders of the Court.", it said.

"61. Arguendo, the interpretation as propagated by the petitioners of the stated orders dated 28.11.2017 passed by the High Court and 16.3.2018 of this Court, is a possible view. Being another possible view, the benefit must then be given to the respondents. For, it would certainly not be a case of wilful disobedience", the court noted.

62. It is well settled that contempt action ought to proceed only in respect of established wilful disobedience of the order of the Court. This Court in paragraph 12 of the decision in Ram Kishanobserved thus: ­ "12. Thus, in order to punish a contemnor, it has to be established that disobedience of the order is "wilful". The word "wilful" introduces a mental element and hence, requires looking into the mind of a person/contemnor by gauging his actions, which is an indication of one's state of mind. "Wilful" means knowingly intentional, conscious, calculated and deliberate with full knowledge of consequences flowing therefrom. It excludes casual, accidental, bona fide or unintentional acts or genuine inability. Wilful acts does not encompass involuntarily or negligent actions. The act has to be done with a "bad purpose or without justifiable excuse or stubbornly, obstinately or perversely". Wilful act is to be distinguished from an act done carelessly, thoughtlessly, heedlessly or inadvertently. It does not include any act done negligently or involuntarily. The deliberate conduct of a person means that he knows what he is doing and intends to do the same. Therefore, there has to be a calculated action with evil motive on his part. Even if there is a disobedience of an order, but such disobedience is the result of some compelling circumstances under which it was not possible for the contemnor to comply with the order, the contemnor cannot be punished. "Committal or sequestration will not be ordered unless contempt involves a degree of default or misconduct."

The court also added that it ought not to take upon itself power to decide the original proceedings in a manner not dealt with by the Court passing the judgment and order. It is also not open to go into the correctness or otherwise of the order or give additional directions or delete any direction, which course could be adopted only in review jurisdiction and not contempt proceedings, it said.