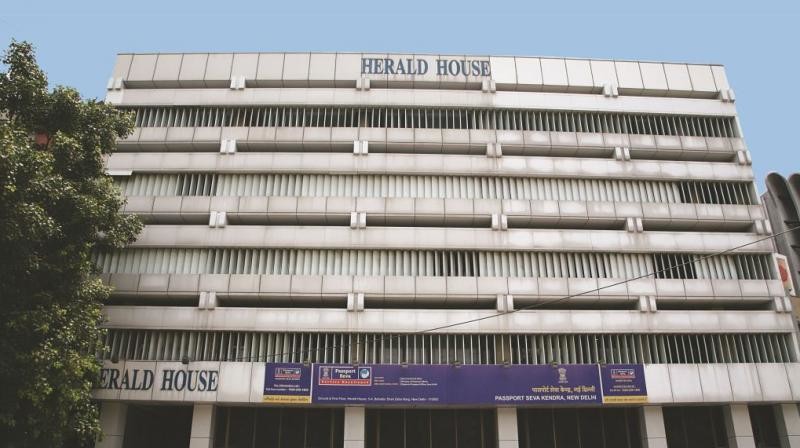 Associated Journals Limited (AJL) has filed an appeal in the Supreme Court challenging the decision passed by the Delhi High Court last month, upholding its eviction from the Herald House premises.The matter pertains to an eviction order passed under the Public Premises Act by the Centre and the Land and Development Office (LDO), stating that no press has been functioning in the premises for...

Associated Journals Limited (AJL) has filed an appeal in the Supreme Court challenging the decision passed by the Delhi High Court last month, upholding its eviction from the Herald House premises.

The matter pertains to an eviction order passed under the Public Premises Act by the Centre and the Land and Development Office (LDO), stating that no press has been functioning in the premises for at least the past 10 years and that it was being used only for commercial purposes in violation of the lease deed. The eviction order was passed in backdrop of majority of shares of AJL being transferred to the company Young India (YI), in which Congress chief Rahul Gandhi and his mother Sonia Gandhi are shareholders.

Challenging this order, AJL had approached the Delhi High Court. However, a single judge bench of Justice Sunil Gaur had rejected the challenge in December last year, taking note of the fact that AJL had been taken over by YI for all practical purposes. A division bench of the court had upheld this decision last month. AJL has now approached the Supreme Court, challenging this order.

Reiterating its stance before the High Court, AJL has asserted that "the determination of the lease deed is ex facie malicious, arbitrary, based on extraneous grounds, and has been effected for political considerations contrary to the express provisions of the lease deed itself".

At the outset, it alleges that the impugned order stands vitiated for recording finding of facts prejudicial to AJL without there being any sworn affidavit placed on record by the respondents. It then contends that the High Court had erroneously arrived at the conclusion that no press activity was being carried out in the leased premises and claims that publishing activity was in "full swing" at the time of passing of the impugned order.

Calling such findings by the High Court "baseless", the petition submits, "The Hon'ble High Court in para 54 of the Impugned Order comes to a conclusion that the demised premises was being used only for commercial activity. This finding is totally baseless to say the least. The lease deed was given for the purpose of Press and Offices of AJL in the basement and any one of the floors, and balance floors were permitted to be rented. It is submitted that the press and offices of AJL have been continuing for over 5 decades, ever since the execution of the lease deed. It is further submitted, there is no commercial activity being carried out from the demised premises which is in any breach of the terms of the lease deed."

AJL further points out that even if the contention pertaining to it not carrying out press activity was correct, it should have been given an opportunity to correct this defect, in view of Clause 13 (VI) of its Perpetual Lease Deed of 1967 which specifies the same.

As for Clause III (13), AJL contends that this provision only contains a prohibition on the transfer of rights by AJL and not on the change of shareholding pattern of the company. It explains, "Lease Deed did not contain any prohibition or a covenant that there cannot be any change of the shareholding pattern without the prior consent of the Lessor as was stipulated in other matters of the Lease Deed…

… the mere fresh allotment of the shares of AJL to Young Indian which is a section 25 company cannot at all be construed as a breach of Clause III (13) of the Lease… It is submitted that unless there is a specific clause prohibiting a change in the constitution of the Lessee, the lease cannot be determined."

The petition also reiterates the contention that the eviction order was passed for "scuttling the voice of democratic dissent of the Congress Party". It goes on to allege that this was an attempt at defaming Pandit Jawaharlal Nehru's legacy, asserting,

"It is a clear affront to the freedom of speech and expression guaranteed under Article 19(1)(a) of the Constitution and a deliberate attempt to suppress and destroy the legacy of the first Prime Minister of the country i.e. Shri Jawaharlal Nehru, who was the guiding light for the publications of the Petitioner-Company. The present political dispensation in power at the Centre, has never hidden its pathological hatred for Nehruvian ideals. One of their favorite propaganda is to blame Pandit Nehru for almost everything that ails the nation. The eviction proceedings constitute a malicious step in the larger design of defaming and effacing the legacy of Pandit Nehru."

To support the claim, it lists down eight other lessees in Bahadur Shah Zafar Marg who have also subleased a portion of their demised premises and have outstanding dues left to pay. Asserting that it was being "singled out for such malicious and invidious discrimination", it finally prays for the judgment to be set aside. In the interim, it seeks a stay on the eviction proceedings under the Public Premises (Eviction of Unauthorised Occupants) Act, 1971.