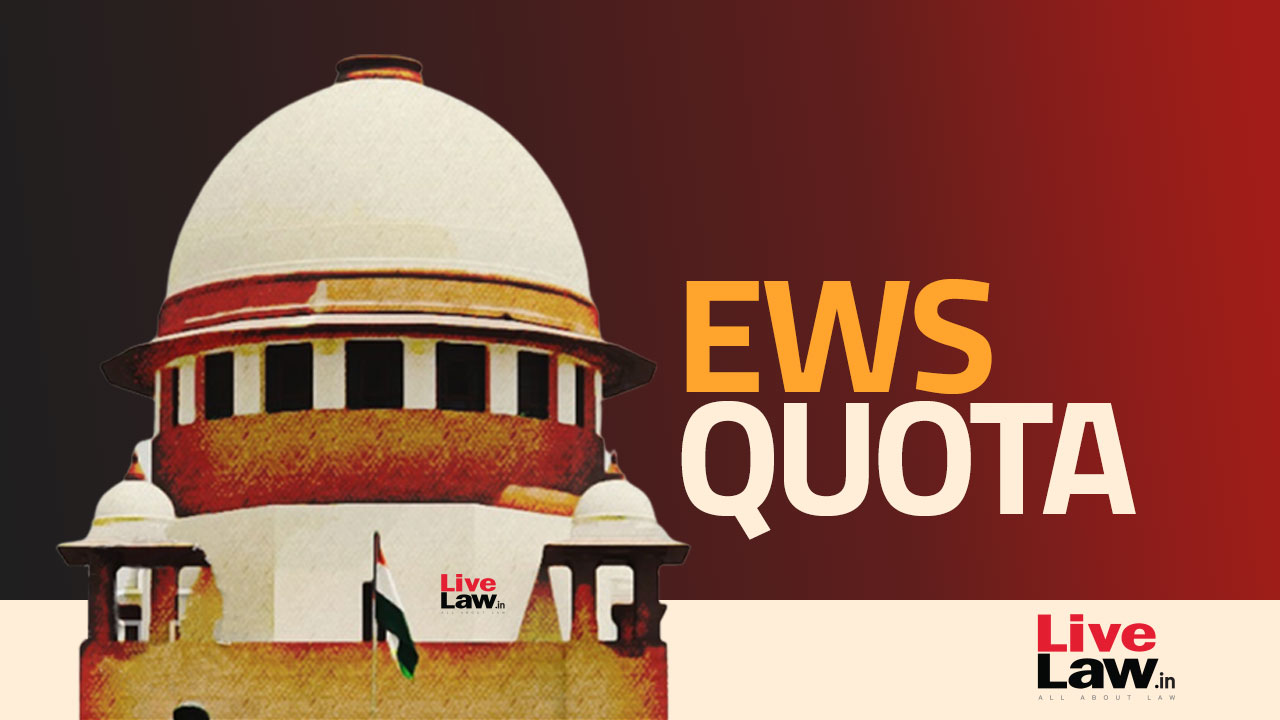 The Supreme Court Constitution Bench, on Tuesday, took up the the cases challenging the constitutional validity of reservation for Economically Weaker Sections. In the last hearing, the 5-judge bench comprising Chief Justice of India UU Lalit, Justices Dinesh Maheshwari, S Ravindra Bhat, Bela M Trivedi and JB Pardiwala had decided to list the matter for today (September 6) to set the...

The Supreme Court Constitution Bench, on Tuesday, took up the the cases challenging the constitutional validity of reservation for Economically Weaker Sections. In the last hearing, the 5-judge bench comprising Chief Justice of India UU Lalit, Justices Dinesh Maheshwari, S Ravindra Bhat, Bela M Trivedi and JB Pardiwala had decided to list the matter for today (September 6) to set the time line for hearing and completion of other pre-hearing steps. The bench had state that the hearing in the matters will commence from September 13.

What happened in Court today?

In today's hearings, at the outset, the CJI led bench made it clear that the court would hear any State which wished to advance submissions in the matter and enquired how much time would each party take to make submissions.

After discussing the time required with the counsels, the CJI orally stated that–

"What we propose to do is, the questions which get thrown up, we may give some time extra to either side, so effectively 5 working days. 3 working days in first week and 2 in the second week. We begin the matter next Tuesday. One request, please don't repeat submissions."

To this, Solicitor General of India, Tushar Mehta stated that two days may be less for each side. The CJI orally remarked that the exercise would be done keeping in mind normal accounting principles and the court will go accordingly hear the matter.

After further discussion of the time required and the issues that were to be taken into consideration, CJI Lalit narrated the order as follows:

"Some suggested issues by Mr. Gopal Sankaranarayanan have been placed for consideration. Those draft issues may be circulated to all counsels appearing in the matter and after consulting all the counsels, the crystallised version of issues be placed before the Court on Thursday. Mr. Shadan Farasat and Mr. Kanu Agarawal, appointed as nodal counsels in the matter, have given us time required. According to them, a period of 18 hrs will be required for the matter. Mr. Maninder Singh and Mr. Jethmalani appearing for the State of Assam and State of Madhya Pradesh respectively submit that intervention applications have been referred and states will be desirous of advancing submissions.The nodal counsels may consider accommodating States. All states will be provided adequate opportunity to be heard. Before we begin the hearing in the main matter, we will list this matter again for directions so that hearing is conducted smoothly."

Accordingly, the matter was listed for directions on Thursday.

The petitions challenge the validity of Constitution (103rd) Amendment Act 2019.