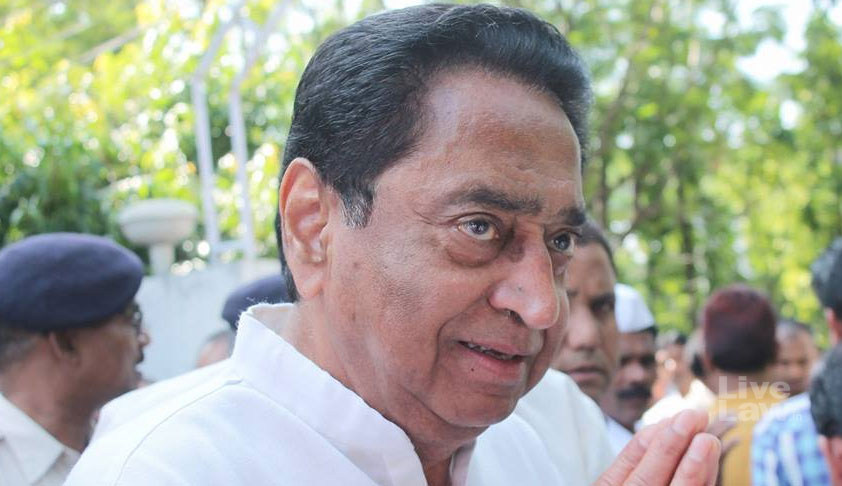 The former Chief-Minister of Madhya Pradesh and Senior Congress leader Kamal Nath on Saturday (31st October) moved the Supreme Court challenging an order of Election Of India (ECI), in which his "star campaigner" status for the upcoming by-polls in Madhya Pradesh was revoked.The plea has been moved through Advocate Varun K. Chopra (For VKC Law Office) has arrayed The Election Commission of...

The former Chief-Minister of Madhya Pradesh and Senior Congress leader Kamal Nath on Saturday (31st October) moved the Supreme Court challenging an order of Election Of India (ECI), in which his "star campaigner" status for the upcoming by-polls in Madhya Pradesh was revoked.

It may be noted that on Friday (28th October), citing repeated poll code breach by Kamal Nath, the Election Commission of India had issued an order stating "…for repeated violation of Model Code of Conduct and for completely disregarding the advisory issued to him, the Commission hereby revokes the status of leader of the political party (Star Campaigner) of Kamal Nath, Ex-Chief Minister, Madhya Pradesh, with immediate effect for the current Bye-elections of Legislative Assembly of Madhya Pradesh"

The Election Commission, in its order, had further said it has taken action against the Congress leader over his remark calling CM Shivraj Singh Chouhan, "mafia", "nautanki kalaakar" and "milawat khor" on October 13.

It may be noted that the Commission had earlier warned him on Monday (26th October) for calling a BJP candidate, Imarti Devi an "item" while campaigning for a Congress candidate.

The Election Commission, in its order of 30th October, has also observed that it "has carefully considered the matter and has observed that Kamal Nath despite being a leader of a political party is repeatedly violating the provision of Model Code of Conduct and breaching the ethical and dignified behaviour".

The plea of Kamal Nath states that on 22.10.2020, he sent his reply to Respondent No.1 (Election Commission of India), thereby, inter alia, stating that the remark quoted in the notice was completely misunderstood without context and highlighted that there was no malice or intent to disrespect on Petitioner's part.

He has further averred in the Petition that,

"Protection of the honour, dignity and safety of women have been one of the paramount pillars of Petitioner's work as a Chief Minister, Union Minister and Member of Parliament since 1980 onwards and no allegations of misconduct or ill-tempered remark qua women or anybody has ever been attributed to him, whether inside or outside Parliament."

Further, it has been stated that on 26th October the ECI had advised him to not use such words or statements during the period of Model Code of Conduct. (with regard to 'item' remark)

However, the plea further says that without any notice to the Petitioner, the Respondent No.1 issued another Order i.e the impugned Order dated 30.10.2020 against the Petitioner invoking his "star-campaigner" status.

It has been averred that the Order has been passed inter alia in complete violation of natural justice, without any application of mind, and is arbitrary and unreasoned.

The plea lists out the incidents wherein the "leaders of Bhartiya Janata Party have been repeatedly making statements ex-facie in violation of MCC during the period of campaigning for the by-elections. However, no such action has been taken against such persons by the Respondent No.1 (ECI)"

The plea raises several "Questions Of Law" including,

· Whether the fundamental right of freedom of speech and expression guaranteed under Article 19(1) a to the Petitioner has been abrogated by the Respondent No.1?

· Whether by the revocation of Petitioner from campaigning as Star Campaigner, the principle of free and fair and level playing field in elections have been impeded by the Respondent No.1?

Some of the grounds raised in the plea are:-

· No notice has been issued to the Petitioner with regard to the impugned Order in complete violation of principles of natural injustice.

· It was imperative to issue Notice with regard to the instance dated 13.10.2020 to the Petitioner before taking any punitive action against the Petitioner in compliance with principles of natural justice.

· Respondent No. 1 ought to have granted a hearing to the Petitioner before taking the drastic step of revoking the status of Petitioner as a 'star campaigner'.

· The Respondent No.1 had already passed an Order dated 26.10.2020 qua an instance dated 18.10.2020 and therefore, punishing the Petitioner for the same instance is completely in teeth of principles of fair play and res judicata.

· The statutory framework of Section 77(1) of the Representation of People Act, 1951 read with Guidelines for Star Campaigners issued by the Respondent No.1 from time to time makes selection / revocation of 'Star campaigners' the sole prerogative of the political party.

· Respondent No.1's actions are violative of Petitioner's fundamental rights under Article 14, 19 and 21 of the Constitution.

· The Petitioner seeks framing of guidelines for all stakeholders with regard to speeches during elections for the guidance of political leaders, parties and workers.

Prayers of the plea

A. Pass appropriate directions quashing the Order dated 30.10.2020 passed by the Respondent No.1; and frame appropriate guidelines for speeches during campaigning by star campaigners / campaigners, keeping in mind the right to freedom of speech and expression and concept of democratic elections.