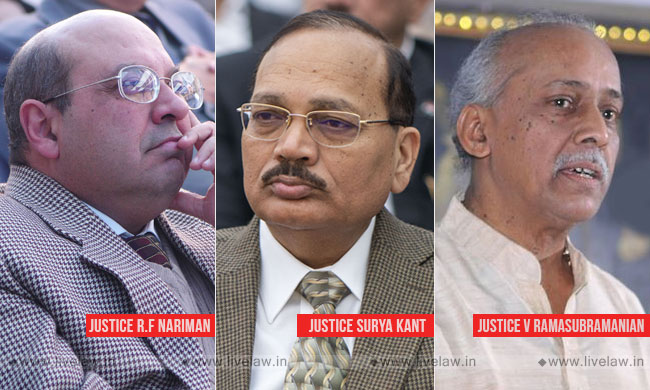 In its judgment striking down Section 87 of the Arbitration and Conciliation Act, the Supreme Court also negated the constitutional challenge made to some provisions of the Insolvency and Bankruptcy Code, 2016.Government bodies other than Government companies are exempt from the Insolvency Code because they are statutory authorities or government departments. According to the...

In its judgment striking down Section 87 of the Arbitration and Conciliation Act, the Supreme Court also negated the constitutional challenge made to some provisions of the Insolvency and Bankruptcy Code, 2016.

Government bodies other than Government companies are exempt from the Insolvency Code because they are statutory authorities or government departments. According to the petitioners, whether the person sued as a corporate person is a government company or a body corporate set up under a statute. Senior Advocate Abhishek Manu Singhwi, representing the petitioner company Hindustan Construction Company Limited, exhorted that 'corporate person', as defined by Section 3(7) of the Code, should be read down to include Government Bodies other than Government Companies.

The relevant Government body in this case was the National Highway Authority of India. The bench headed by Justice Rohinton Fali Nariman, referring to NHAI Act, observed:

Another contention was that, under Section 5(9) of the Insolvency Code, 'financial position' is defined, which is only taken into account after a resolution professional is appointed, and is not taken into account when adjudicating 'default' under Section 3(12) of the Insolvency Code. Rejecting the said argument, the bench, also comprising of Justices Surya Kant and V. Ramasubramanian said:

"This does not in any manner lead to the position that such provision is manifestly arbitrary. As has been held by our judgment in Pioneer Urban Land and Infrastructure Limited and Anr. v. Union of India and Ors. (2019) 8 SCC 416, the Insolvency Code is not meant to be a recovery mechanism (see paragraph 41 thereof) - the idea of the Insolvency Code being a mechanism which is triggered in order that resolution of stressed assets then takes place. For this purpose, the definitions of 'dispute' under Section 5(6), 'claim' under Section 3(6), 'debt' under Section 3(11), and 'default' under Section 3(12), have all to be read together. Also, the Insolvency Code, belonging to the realm of economic legislation, raises a higher threshold of challenge, leaving the Parliament a free play in the joints, as has been held in Swiss Ribbons (P) Ltd. v. UOI (2019) 4 SCC 17 (see paragraphs 17 to 24 thereof)

Another contention raised by Senior Advocate Ritin Rai, appearing for M/s Gammon Engineers and Contractors Private Limited, was that, there is no bar to applying an Order VIII-A of the CPC type procedure to proceedings under the Insolvency Code, so that when his client's sub-contractor triggers the Insolvency Code against his client, his client in-turn should be able to make its principal employer a party to such proceedings, so that the subcontractor may then recover these amounts from the principal employer directly, thereby absolving his client from the clutches of the Insolvency Code. In this regard, the Court said:

"The definition of 'dispute' in Section 5(6) of the Insolvency Code deals with a suit or arbitration proceedings relating to one of three things - (a) the existence of the amount of debt; (b) the quality of goods or service; or (c) the breach of a representation or warranty. 69. Insofar as (a) is concerned, the definition of the word 'debt' contained in Section 3(11) of the Insolvency Code, refers to a liability or obligation in respect of a claim which is due from any person. This necessarily postulates the existence of a contractual or other relationship, which gives rise to a liability or obligation between parties in law. The same goes for (c), as a breach of a representation or warranty can only be by one contracting party to another. Also, when the quality of goods or service is referred to in (b), this again postulates some contractual or other relationship in law by which one party may sue the other."

"It is clear therefore that a dispute must be between the parties as understood under the Insolvency Code, which does not contain an Order VIII-A CPC type mechanism. This contention must also therefore be rejected."