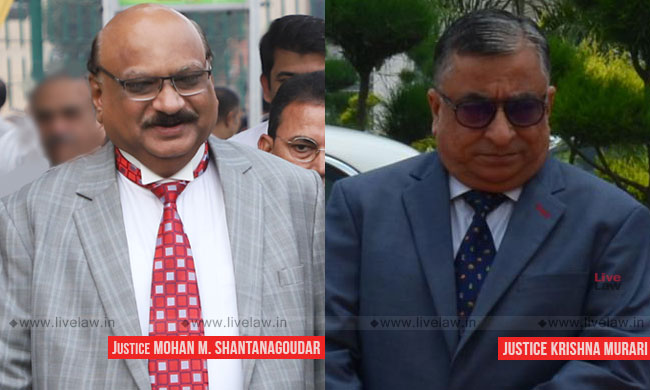 "It is not enough to merely provide for recovery of dues as arrears of land revenue."

Only expressly created statutory first charges under Central and State laws can take precedence over the claims of secured creditors under the Securitisation and Reconstruction of Financial Assets and Enforcement of Security Interest Act (SARFAESI), the Supreme Court has reiterated on Wednesday.

The issue considered in Maharashtra State Co-operative Bank Ltd. vs. Babulal Lade was whether the Karkhana employees' dues can take precedence over the claim of the secured creditor in respect of the proceeds from sale of secured assets of the Karkhana under the SARFAESI Act. It was contended that the employees' dues can take priority over other claims by virtue of being recoverable as arrears of land revenue.

However, the bench of Justice Mohan M. Shanthanagoudar and Justice Krishna Murari noted that the recovery certificate issued under Section 50 of the Maharashtra Recognition of Trade Unions & Prevention of Unfair Labour Practices Act, Act only makes employees' dues recoverable as arrears of land revenue. Thus such employees' dues would fall under the category of claims captured by Section 169(2), and can only take priority over unsecured claims, it was observed. In this context, the bench said:

Further, as has been held by this Court in Central Bank of India v. State of Kerala, (2009) 4 SCC 94, only expressly created statutory first charges under Central and State laws can take precedence over the claims of secured creditors under the SARFAESI Act. It is not enough to merely provide for recovery of dues as arrears of land revenue. Given that Section 50 of the MRTU & PULP Act falls short of expressly making the employees' dues a 'first charge', it cannot be said that such dues have priority over the claims of the Appellant-Bank, which is a secured creditor. Thus, we find that under the scheme of the Land Revenue Code and the MRTU & PULP Act, the employees' dues cannot claim priority over the claim of the Appellant-Bank.

But the bench clarified that this does not mean that the Bank automatically holds a paramount charge over the proceeds from the sale of the secured assets. Under the scheme of the SARFAESI Act, there is nothing to show that a priority is created in favour of banks, financial institutions, and other secured creditors as against a first charge specifically created under any other statute, it said. Finally construing a letter as a 'contract to the contrary', the bench held that the bank is liable to pay the employees' dues out of the sale proceeds from the auctioned property.