[Facebook vs Delhi Assembly] Assembly's Function Not Confined To Legislation; Can Have Inquisitorial Role : Supreme Court 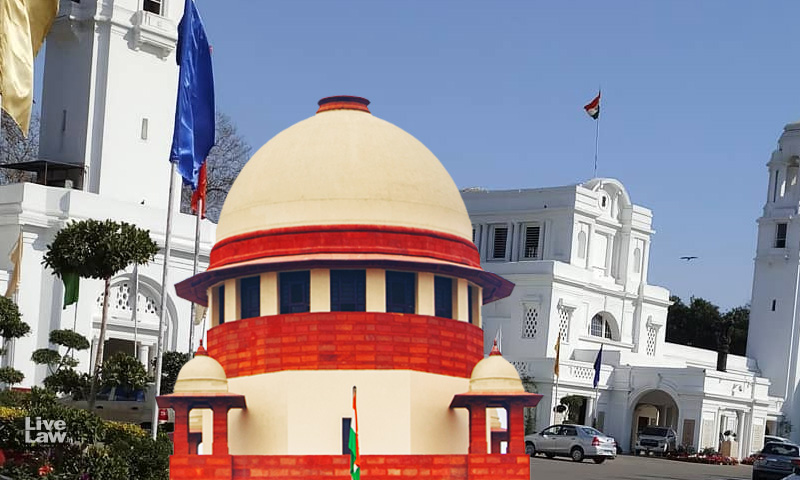 x
The Court also ruled that Assembly can summon non-members.

The Supreme Court on Thursday ruled that the submission that a Legislative Assembly must confine itself to the core function of legislation could not be accepted as it would lead to an unreasonable restriction on the role of the elected body. A Bench of Justices Sanjay Kishan Kaul, Dinesh Maheshwari and Hrishikesh Roy delivered the judgement rejecting the plea filed by...

The Supreme Court on Thursday ruled that the submission that a Legislative Assembly must confine itself to the core function of legislation could not be accepted as it would lead to an unreasonable restriction on the role of the elected body.

A Bench of Justices Sanjay Kishan Kaul, Dinesh Maheshwari and Hrishikesh Roy delivered the judgement rejecting  the plea filed by Facebook India Managing Director Ajit Mohan against the summons issued by the Peace and Harmony Committee of Delhi Assembly which sought for his appearance in an inquiry related to the Delhi Riots.

The Court rejected the argument of Ajit Mohan that Delhi Assembly could not constitute a panel to conduct an enquiry as it was not a legislative function.

The Court recognized that "inquisitorial" and "recommendatory" powers of the Assembly could be utilized under the principle of better governance.

"The inquisitorial role of the committee in the functioning of House is of great significance, and as recognized, the investigation of a complicated social problem prior to legislation often rests frequently on such legislative committees"

Acknowledging that it was not in dispute that Committee proceedings could not be equated to proceedings before the Court of Law, the Apex Court stated that there was no doubt that the powers of the House had to work in the context of the business of each House, and no House could be "knight in shining armour to correct issues in respect of which it has not legislative power". However, the Court held that it would be a "monumental tragedy to conclude that the legislature was restricted to the function of enacting laws".

"The role of the legislature is sought to be diminished by such an argument. The legislature debates many aspects, and at times records a sense of the House. This is not unusual or without precedent…Once we recognize the wider array of functions performed by an elected Parliament or Assembly, not confined to only enacting laws, any act in furtherance of this wider role and any obstruction to the same will certainly give rise to an issue of parliamentary privilege".

It was further observed that the Committees constituted by legislative bodies like the Assemblies for the States and Parliament for the Union, performed a key role in the functioning and the working of the Houses. Referring to the judgment of Kalpana Mehta, the Court underline the significance of the Committees to undertake deliberations and provide recommendations as precursors to legislative activities, thereby becoming an extension of the Legislature itself – "…the effective working of committees is a prelude to the core working of the Assemblies".

"It is not possible for us to accept the contention of the Petitioners to create an artificial division between Assembly's core/essential and non-essential functions, with any restrictive clauses being placed on the deliberations of the committees. Such water-tight compartmentalization is not advisable. Unless the committee embarks on a course completely devoid of its functional mandate specified by the Assembly or the Assembly itself lacks jurisdiction to deal with the subject matter, we are of the view that widest amplitude must be given to the functioning of these Committees".

The judgement goes on to highlight that the inquisitorial role of the Committee in the functioning of the House is of great significance. Noting that this task involves the examination of witnesses and is helpful in dealing with matters of special and technical nature, wizened by the insight into various issues, the Court states that intelligent legislative action and deliberation, therefore, rests upon the power to investigate into questions of public importance.

In context of how it was the State Government and the State Assembly which had to ultimately deal with the ground realities in Delhi, the Court also stated that areas which were not otherwise available to the legislature for its legislative exercise, could legitimately be available to a Committee for deliberations due to the availability of a broad area of governmental functions.

The Supreme Court also shed a light on the issues of a non-member being summoned. It was declared that the Court failed to appreciate the line of argument that no non-member could be summoned if they had not intruded on the functioning of the Assembly or that their non-participation would not have adverse consequences. In light of this, it was held that "members and non-members can equally be directed to appear before the Committee and depose an oath".