Fact-Check : Media Reports About First Conviction Under UP 'Love Jihad' Law Are Wrong 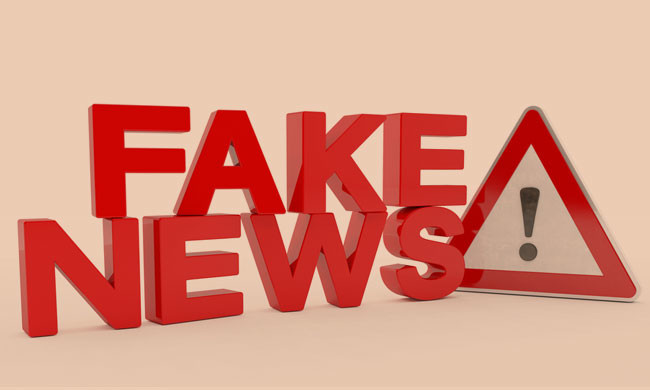 On December 20, a local court in Kanpur pronounced a Judgment wherein it held a man guilty of committing rape upon a 17-year-old girl and sentenced him to ten years of jail and a fine of Rs 30,000. However, this Judgment has been reported by some sections of the media as the first conviction under the Uttar Pradesh Prohibition of Unlawful Conversion of Religion Act, 2021 [commonly known as...

On December 20, a local court in Kanpur pronounced a Judgment wherein it held a man guilty of committing rape upon a 17-year-old girl and sentenced him to ten years of jail and a fine of Rs 30,000.

However, this Judgment has been reported by some sections of the media as the first conviction under the Uttar Pradesh Prohibition of Unlawful Conversion of Religion Act, 2021 [commonly known as 'Love Jihad' Law].

Several media portals have been widely misreporting this Judgment despite the fact that the rape convict, Javed @ Munna wasn't even charged under the UP Love Jihad Law. It is important to note that the 'love jihad' law was first enacted in 2020. It was first promulgated as an Ordinance in the year 2020, and earlier this year, it was passed as an Act.

The instant case, which is the subject matter of false reports, relates to an occurrence in 2017 (when rape was committed upon a 17-year-old girl).

It is a matter of common knowledge that Penal Laws cannot be applied retrospectively. Article 20(1) of the Constitution expressly bars the retrospective application of criminal law. Hence, it is impossible to apply the 'Love Jihad' law, which came in 2020, to a crime that happened in 2017. Therefore, the media reports could be termed as misleading and factually incorrect.

However, let us look at this matter in detail to understand the entire controversy and to debunk the falsehood attached with these reports.

CNN News incorrectly reported on Wednesday that the Kanpur Court has convicted and sentenced the man under the Love Jihad Law.

At around 5 pm in the evening, News18 India, a News Channel conducted a debate in Hindi over this Judgment inviting several panelists to speak on the topic in its program 'Danke Ki Chot par'. The debate was moderated by Anchor Aman Chopra where he claimed that the conviction of Javed is the first conviction by any court under the UP's Love Jihad Law.

Anshul Saxena, a Twitter user with wide following,  put up a factually incorrect tweet, which has garnered over 16K Likes and 3500 Retweets :

Also, the internet today was replete with similar claims that one Javed, who introduced himself to a 14-15-year-old girl as Munna and entrapped her by hiding his religion and tried to forcefully convert her religion (from Hindu to Islam).

Let us now understand what the case is all about.

What is the actual Judgment?

Kanpur Court has sentenced one Javed @ Munna to 10 years of imprisonment for raping a 17-year-old girl. He had been charge-sheeted under Sections 363, 366A, 376, 3/4 of the POCSO Act and Section 3(2)(v) of the Scheduled Castes and the Scheduled Tribes (Prevention of Atrocities) Act, 1989.

The incident dates back to 2017, wherein the father of the girl lodged an FIR against Javed @ Munna claiming that he enticed her away. Police began the investigation in pursuance of the FIR and after 2 days, the victim girl was discovered.

In her statement before the Court, which forms a crucial part of the entire case, the Girl said that the Convict-Javed was the brother of her friend and that she knew him very well. On May 15, 2017, he told her that she should come with him, initially, she refused, however, she went as he was the brother of her friend. He also told her that he wants to marry her and would keep her happy.

Further, she claimed that he had promised to take her back to her home on the same day, however, he didn't take her back and rather, he raped her in a jungle and also threatened her that if she would tell about the incident to anyone, he would throw acid on her face and would also kill her parents.

In her police statement, she had claimed that the physical relationship between Javed and herself was established with consent. Later in her 164 CrPC statement, she said that that statement was made out of fear and it wasn't correct and rather, she was actually raped by Javed.

Keeping in view the circumstances of the case, the Court found him guilty for the offences charged (but discharged under SC/ST Act) by observing thus:

"According to the evidence available in this case, the victim went to school from her home and the accused from the school, took her out of the city on the pretext of taking her to the city and made physical relations with her against the will of the victim and by intimidating her. For two days, he kept her elsewhere against her will. This fact is corroborated by the evidence of the victim."

Importantly, neither in the FIR nor in the statement of her parents it was claimed to be a case wherein the girl was forced to convert her religion for the purpose of Marriage. Also, it is not the case wherein the Accused had the occasion to conceal his religion as the girl already knew him to be the brother of her friend.

Most of the media portals that have reported the case have claimed that the convict had introduced himself as a Hindu whose name was Munna. However, that is not the case. The court's Judgment nowhere states that Javed was charge-sheeted under the UP's Love Jihad Law.