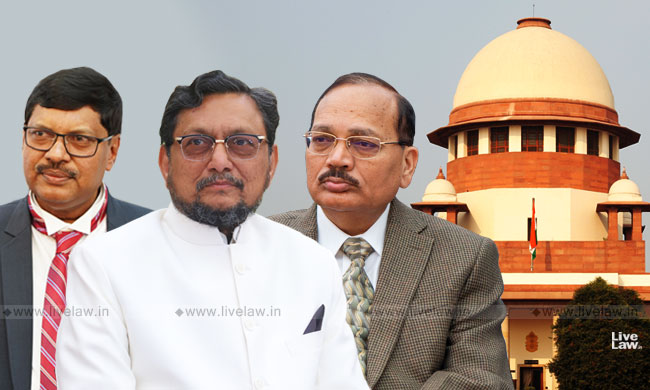 x
"We are of the view that the fact that victim of rape is habituated to sex, cannot be a valid defence against the act of rape.”

The Supreme Court has observed that the fact that victim of rape is habituated to sex, cannot be a valid defence to the act of rape.Rizwan was accused of raping a minor girl. To allow the bail petition filed by the accused, the Allahabad High Court took note of Medical examination report which stated that the prosecutrix sustained no internal or external injury on her person and that she...

The Supreme Court has observed that the fact that victim of rape is habituated to sex, cannot be a valid defence to the act of rape.

Rizwan was accused of raping a minor girl. To allow the bail petition filed by the accused, the Allahabad High Court took note of Medical examination report which stated that the prosecutrix sustained no internal or external injury on her person and that she was habitual to sex.

In appeal against the High Court order, the bench headed by Chief Justice of India SA Bobde observed:

The bench also comprising of Justices BR Gavai and Surya Kant then cancelled the bail and directed the accused to surrender before the concerned Judicial Magistrate in Muzaffarnagar,Uttar Pradesh within a period of four weeks.

Section 155 of the Indian Evidence Act deals with impeaching credit of witness. Before its amendment in 2002, this provision had a clause (4) which read thus: When a man is prosecuted for rape or an attempt to ravish, it may be shown that the prosecutrix was of generally immoral character.

The Law Commission of India, in its 172nd report suggested omitting this clause opining that there is no relevance or reasonable connection between offence of sexual assault and the general immoral character of the victim. Much before that, the Commission, in its 82nd report, emphasised the desirability of amending clause (4) in section 155 to make such questions permissible only to the extent of her previous sexual relationship with the accused but otherwise to bar any questions regarding the prosecutrix's general immoral character or previous sexual experience. Later in 2003, this provision was deleted from the Evidence Act.

Even before the said amendment, though not in the context of a rape trial, the Supreme Court had observed thus  in State of Maharashtra v. Madhurkar Narayan Mardikar (1991) 1 SCC 57:  Even a woman of easy virtue is entitled to privacy and no one can invade her privacy as and when he likes. So also it is not open to any and every person to violate her person as and when he wishes. She is entitled to protect her person if there is an attempt to violate it against her wish. She is equally entitled to the protection of law.

Interestingly, the constitutional validity of Section 155(4) of Indian Evidence Act was challenged before the Andhra Pradesh High Court [Gopalakrishna Lakanidhi vs Union Of India 2001 (3) ALD 436] by raising a contention that even though the character of an accused becomes irrelevant in terms of Section 54 of the Evidence Act whereas the same is used against a prosecutrix in terms of subsection (4) of Section 155 thereof. Referring to some Supreme Court judgments including Madhurkar Narayan Mardikar, the Court held that the Section 155(4) of the Evidence Act for all intent and purport has fell into insignificance and thus it is not necessary to pronounce the said provision as unconstitutional.

In State of Punjab v. Gurmeet Singh and Others (1996) 2 SCC 384, it was held thus: "Even if the prosecutrix, in a given case, has been promiscuous in her sexual behaviour earlier, she has a right to refuse to submit herself to sexual intercourse to anyone and everyone because she is not a vulnerable object or prey for being sexually assaulted by anyone and everyone."

In State of U.P. Vs. Pappu @ Yunus  AIR 2005 SC 1248, this Court held that even in a case where it is shown that the girl is a girl of easy virtue or a girl habituated to sexual intercourse, it may not be a ground to absolve the accused from the charge of rape. It has to be established that there was consent by her for that particular occasion.

Last year, the Supreme Court, in State (Govt. of NCT of Delhi) Vs. Pankaj Chaudhary  AIR 2018 SC 5412, held that, even in cases where there is some material to show that the victim was habituated to sexual intercourse, no inference like the victim being a woman of 'loose moral character" is permissible to be drawn from that circumstance alone. A woman of easy virtue also could not be raped by a person for that reason, it was observed.