'No Compromise On Forests' : Supreme Court Directs Removal Of Encroachments In Faridabad Khori Gaon Within 6 Weeks 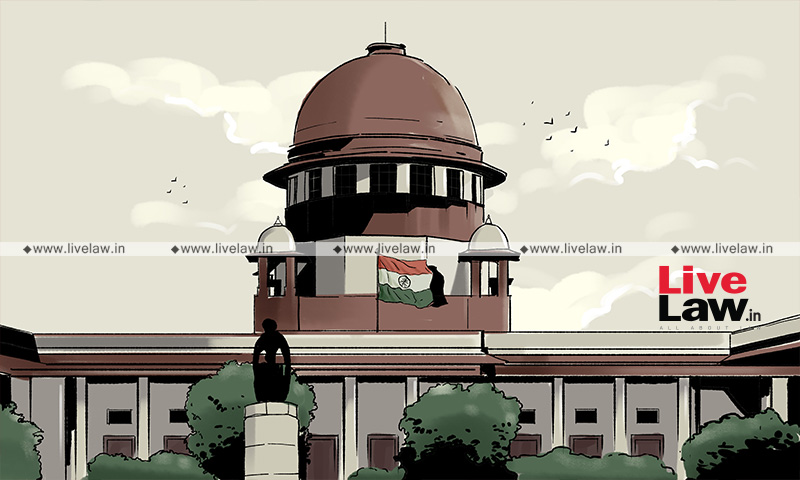 The Supreme Court on Monday directed the removal of all encroachments on forest land within 6 weeks in a plea seeking a stay on the demolition of 10,000 houses that has been planned by the Municipal Corporation of Faridabad at Khori Gaon in Faridabad, Haryana.A Bench headed by Justice AM Khanwilkar heard the plea which has been filed by 10,000 families living in the Khori Gaon who...

The Supreme Court on Monday directed the removal of all encroachments on forest land within 6 weeks in a plea seeking a stay on the demolition of 10,000 houses that has been planned by the Municipal Corporation of Faridabad at Khori Gaon in Faridabad, Haryana.

A Bench headed by Justice AM Khanwilkar heard the plea which has been filed by 10,000 families living in the Khori Gaon who had challenged the Haryana Shehri Vikas Pradhikaran Rehabilitation Policy to the extent that it limited the cut-off for rehabilitation to 2003, and directed for a report of compliance under the signature of the Chief Secretary and Secretary of Haryana Forest Department to be provided.


"After the certificates are provided, we will determine our own factual position. We make it clear that MCF will proceed as stated in February 2020 order and State will give necessary logistical support to enable corporation to fully evict the occupants on forest land and clear the encroachments", directed the Court.

The Supreme Court further directed the DCP of Faridabad to provide police protection to the corporation officials. It did, however, noted that the relief claimed by the Petitioners could be considered de hors the compliance given in the earlier February 2020 order.

The Court also noted – "We make it clear that if the certificate does not portray it truthfully that the forest land has been cleared, there will be contempt action. We have asked the Secretary of Forest Department to reply now. Next, the Chief Secretary of Haryana will be responsible for this".

In today's hearing, Senior Advocate Colin Gonsalves submitted that a favourable order was not given in the first round of litigation. However, the High Court had stated that people should be rehabilitated and right to housing could not be denied. Further, the Haryana Government was directed to investigate the claims of the residents.


In response to this, the Bench noted that an interim order had been passed in February 2020 regarding how the land had to be vacated as it was an encroachment, and that they would ask the MCF why the encroachments had continued since then till June 2021.


"As far as forests are concerned, there can be no question of compromise. This is irrespective of policy and as to whether the State wants to accommodate the residents or not is up to them. We want to know why it has not been completed till now", stated Justice Khanwilkar.


At this juncture, the Court asked Senior Advocate Arun Bhardwaj, appearing for MCF, as to why they had not been removed from the forest land.


"This forest land has to be cleared. We don't want these COVID excuses. We cannot give any concession for forest land. We want a compliance report to be filed in 4 weeks. Seems like a complete case of hand-in-glove situation", remarked the Court.


To AAG of Haryana, the Court stated that complete security had to be provided to the municipal officials as the priority was that the forest land had to be cleared.


The Court then informed Gonsalves that the Petitioners would not be heard till the forest land was cleared – "We make it clear that if the Petitioners resist eviction, then we will be dismissing this petition. Mr. Gonsalves, please advise your clients to vacate the land in two weeks on their own, failing which State and MCF will clear the land. The actions are violating the 2016 High Court order and our 2020 order."


Gonsalves sought for accommodation being given to those evicted, however, the Supreme Court stated that the same would be examined by the State.


The Court went on to state, "When you come here, Mr. Gonsalves, you speak of rule of law, is this rule of law? You grab forest land and then ask for a policy to be formulated. We made it clear in 2020 that MCF must clear the land. You should have vacated on your own. Land grabbers are talking of fairness? Letter of law should be followed."


It was further noted, "Vacate the premise on your own so that the Corporation does not have to spend money on evicting you. If you want your petition to be considered, be a law-abiding citizen. You cannot have them pressurize you to leave and then ask for accommodation."


The Court was not willing to consider the submissions of Gonsalves on the point that the families were poor and would be scattered due to the COVID-19 pandemic – "This is about forest land and this is more important. You are wearing two hats. You are now talking about humanity, but when you come for environmental law matter, you will talk about environmental rights".


Gonsalves further averred that the title deed that was being sought was not available and there was a need for the change of the 2003 cut-off date.


"They are asking for a title deed, but we do not have that. We will take some time because we have no place to go. But, after we give an undertaking, can you please look at the cut-off date? It is stated everywhere that they will rehabilitate and then vacate".


To this, the Court stated that policy required for the documents to be shown and there could be no concessions for it.


Accordingly, the Court proceeded to direct for the removal of encroachments on forest land in accordance with the earlier orders in a duration of 6 weeks.

(Sarina Sarkar and others vs State of Haryana and others).