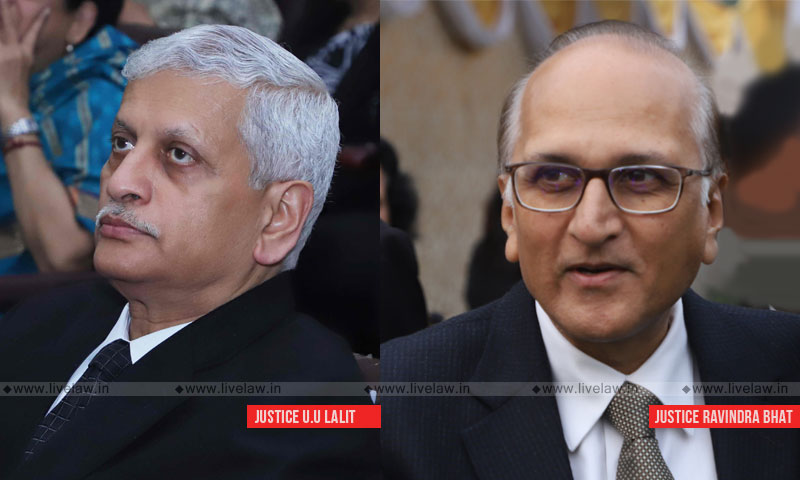 The Supreme Court has allowed the Maharawal Khewaji Trust that manages the ₹20,000-crore worth property of the last ruler of the erstwhile princely state of Faridkot, Harinder Singh Brar, to operate its bank accounts for making payments till the final judgment.On June 1, the High Court of Punjab and Haryana had held that the will of the former Maharaja of the erstwhile state of Faridkot...

The Supreme Court has allowed the Maharawal Khewaji Trust that manages the ₹20,000-crore worth property of the last ruler of the erstwhile princely state of Faridkot, Harinder Singh Brar, to operate its bank accounts for making payments till the final judgment.

On June 1, the High Court of Punjab and Haryana had held that the will of the former Maharaja of the erstwhile state of Faridkot which was made public over 30 years ago, was forged by the persons in-charge at the time in order to plunder the entire estate valued at over Rs.20,000 crores. Justice Raj Mohan Singh in a 547-page judgment declared that the two surviving daughters of the late Raja, Rajkumari Amrit Kaur and Maharani Deepinder Singh were entitled to inherit and share the properties in question. Court also allowed the claim of the late Raja's nephew Amrinder Singh Brar to proportionate share in the Raja's estate.
The trust has filed a special leave petition in the Supreme Court challenging the high court order. The apex court ordered status quo till the judgment, allowing the trust to continue as caretaker.
On Friday, the bench of Justices U. U. Lalit and Ravindra Bhat observed, "Since the activities undertaken by the Trust are in the nature of running of a Hospital and other philanthropic causes, at this stage, we permit the applicant trust to operate the accounts mentioned in paragraph 12 of the application strictly for the purposes enumerated at Serial Nos.2 to 7 (expenses towards Salaries, Amounts due towards Security Agency, Electricity and Water Bills, Advance Tax and GST payments and the statutory payments towards ESI and EPF) in paragraph 8 of the application".

Dr. Abhishek Manu Singhvi and Mr. Dhruv Mehta, Senior Advocates appearing in support of the application submitted that though there was no express order of injunction, the concerned Banks have frozen the accounts, as a result of which the activities undertaken by the Trust are getting seriously prejudiced. It was, therefore, prayed that these accounts be allowed to be operated for the purposes stated, during the pendency of these petitions.

Mr. V. Giri and Mr. Krishnan Venugopal, Senior Advocates opposed the prayer and submitted that in the name of expenditure towards fulfilling the objectives of the Trust, the amounts of the Trust are being misused and, as such, the relief prayed for ought not to be granted.

On October 20, 1989, Board of Trustees and Executors assembled in the Palace known as Moti Mahal Qila Mubarik, Faridkot, where Sardar Umrao Singh Dhaliwal read over the contents of Will in the presence of everyone. As per the said will, the late Raja Harinder Singh Brar had bequeathed his entire properties in favour of a Trust known as Maharwal Khewaji Trust with definite Board of Trustees for the benefit of the public at large. The Raja's eldest daughter Amrit Kaur was disinherited and excluded from the will reportedly for marrying against his wishes in 1952, but no reason was mentioned in the will. Whereas, his other two daughters Deepinder Kaur and Mahipinder Kaur were made Chairperson and Vice Chairperson of said Trust.

Thereafter, Rajkumari Amrit Kaur filed a suit for declaration that she is owner of 1/3rd share in the property along with consequential relief of joint possession with her two sisters.At a subsequent stage, she also challenged the Will by way of amendment and claimed ownership of the entire estate left by the deceased Raja on the basis of The Raja of Faridkot's Estate Act, 1948.

The second suit was filed by the Raja's brother Kanwar Bharat Inder Singh (now deceased) through hsi LR Kanwar Amarinder Singh Brar seeking inheritance of the entire estate of deceased Raja Harinder Singh on the basis of Rule of Primogeniture, besides challenging the Will dated June 1, 1982 being null and void. Both the suits were ordered to be consolidated and evidence was led.

After examining statements of several witness including parties in the case, the High Court noted that there were significant questions regarding the validity of the will-

"The entire testimony of DW-3 Maharani Deepinder Kaur would show that a false story regarding discovery of alleged Will from the personal locker of Raja was made on October 20, 1989. The locker was being operated by the Raja personally. The alleged Will was shown to be taken out from the locker by an employee of Raja namely US Dhaliwal, who opened the same o in the absence of all the three daughters and mother of Raja. Although Maharani Deepinder Kaur and Rajkumari Amrit Kaur were present in Raj Mahal at the time."

Moreover, declarations were made on October 17, 1989 (before the will was discovered) from employees of Raja that now they are employees of the Trust and the Trust has taken over possession and control of Raja's Estate.

"The said declarations were nothing but a forecast from undisclosed sources. By that time, nobody was in knowledge about the existence of Trust and the Will in question. The manner in which the declarant got to know about the Will which was not even disclosed on 17.10.1989, remained a hidden mystery and the irresistible conclusion is that the alleged Will was not executed by the Raja, rather the same was the result of evil design of the persons in command, who utilized their resources to plunder the entire Estate of Raja", Court observed.

Also, as regards the registered will of Maharani Mohinder Kaur (mother of the late Raja) dated March 29, 1990, Court noted that she being one of the first class heirs of Raja would have succeeded part of the estate/properties of the late Raja. Therefore, the appellant Amarinder Singh Brar would succeed to the said proportionate share in the estate of late Raja in accordance with law.