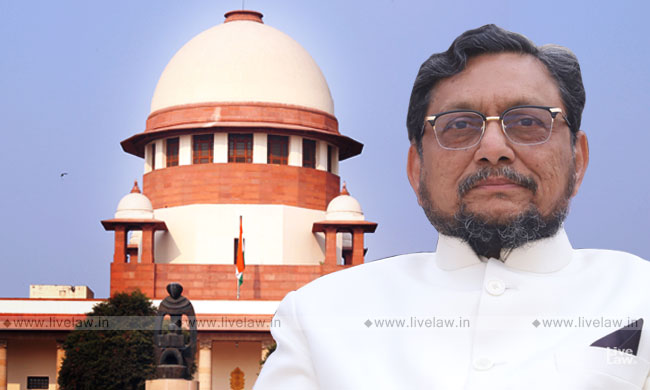 "Just because a person has expressed a view on the matter, that is not a disqualification to be a member of a Committee", the Chief Justice of India orally observed today. The CJI said that members of a Committee are not Judges, and they may very well change their opinions. Thus, merely because a person has expressed some views on a matter does not mean he cannot be appointed on...

"Just because a person has expressed a view on the matter, that is not a disqualification to be a member of a Committee", the Chief Justice of India orally observed today.

The CJI said that members of a Committee are not Judges, and they may very well change their opinions. Thus, merely because a person has expressed some views on a matter does not mean he cannot be appointed on a Committee for resolving that issue.

The remarks assume relevance in the context of controversy surrounding the Committee constitution on farmers' protests.

A farmers' union has already requested the Supreme Court to re-constitute the Committee, citing bias.

"When all committee members appointed by the Hon'ble Supreme Court already in the favour of these three farm laws and already support the laws which made and passed by the central govt. without enough discussion with farmers then how they can make fair report without any biasness before the Hon'ble Supreme Court of India," the Farmers' Union said.

BS Mann, one of the committee members appointed by the Supreme Court, later announced his recusal.

The CJI's remarks,  which came today during the course of hearing in another matter, reflect upon the approach that the Bench hearing the cases against farm laws may adopt.

The CJI made the remarks while the bench was hearing the suo moto matter on steps to expedite criminal trial.

During the hearing, the bench indicated that it may appoint Sr Adv Siddharth Luthra as amicus curiae in the case against physical hearing in Delhi High Court, at which point, Luthra submitted that he is duty bound to apprise the Court that he has endorsed a statement supporting virtual hearing.

At this juncture, the CJI remarked,

The CJI clarified that his remarks are not only in context to the instant case but is a general observation.

"We are talking of a general misunderstanding. Committee members are not judges. They can change their views," the CJI observed.