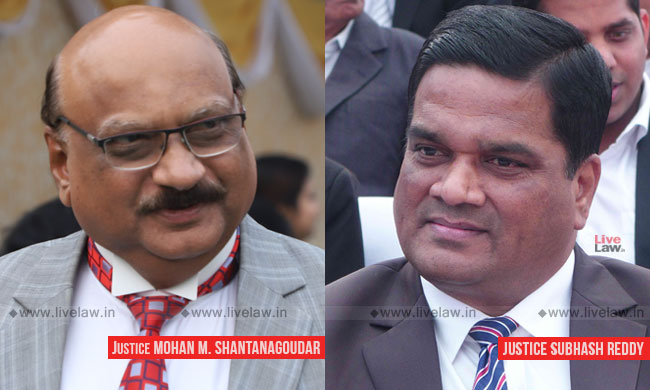 x
"Excluding such farmers from the purview of the 1986 Act would be a complete mockery of the object and purpose of the statute."

The Supreme Court has held that a farmer is a 'consumer' for the purpose of filing complaints under Consumer Protection Act even when he has entered into a buyback transaction. Facts of this case are as follows: A farmer, entered into an agreement with the seed company and purchased 750 kgs of wet musli for sowing from the company, at the rate of Rs. 400/- per kg, and cultivated the same...

The Supreme Court has held that a farmer is a 'consumer' for the purpose of filing complaints under Consumer Protection Act even when he has entered into a buyback transaction.

Facts of this case are as follows: A farmer, entered into an agreement with the seed company and purchased 750 kgs of wet musli for sowing from the company, at the rate of Rs. 400/- per kg, and cultivated the same in her land. As the company failed to buy back her produce, leading to the destruction of the greater part of the crop, the farmer lodged a consumer complaint. The District Consumer Forum dismissed the complaint on the ground that she was not a "consumer" within the meaning of the Consumer Protection Act, 1986. This order was set aside by the State Commission and remanded the matter to be decided on merits. The National Commission affirmed this order of the State Commission.

The bench comprising Justices Mohan M. Shanthanagoudar and R. Subhash Reddy observed that the transaction cannot be termed as resale. It also rejected the contention that the tripartite agreement would amount to resale by virtue of containing a buyback clause, and would hence exclude the farmer from the ambit of the definition of "consumer". It explained:

In matters such as the one on hand, the agriculturist buys the foundation seeds from the seed company, or the company itself reaches out and requests the farmers to generate the seeds so that it may market the same. By accepting such an offer, and after purchasing the foundation seeds from the seed company, the agriculturist, with hard labour and sweat, produces seeds to be marketed by the seed company. Thus, the agriculturist is not reselling any product, but grows his own product by utilizing the foundation seeds. There cannot be any dispute that the agriculturist has to sell his product in the open market or to the seed company, as the case may be, in order to eke out his livelihood. In other words, the agriculturist sustains himself by selling his product. This cannot be termed as resale or activity in furtherance of a "commercial purpose" bringing him out of the purview of the definition of "consumer" under Section 2(d). Rather, it is purely for the purpose of earning his livelihood by means of self employment.
"an agreement for buyback by the seed company of the crop grown by a farmer cannot be regarded as a resale transaction, and he cannot be brought out of the scope of being a "consumer" under the 1986 Act only on such ground.
Where the farmer has purchased goods or availed of services in order to grow produce in order to eke out a livelihood, the fact that the said produce is being sold back to the seller or service provider or to a third party cannot stand in the way of the farmer amounting to a "consumer".

The bench, further said that, excluding such farmers from the purview of the Consumer Protection Act would be a complete mockery of the object and purpose of the statute. It also expressed concerns about the growing trend amongst seed companies of engaging in frivolous litigation with farmers, virtually defeating the purpose of speedy redressal envisaged under. It made these observations:

Before we part with this matter, we feel constrained to note that the Indian agricultural scenario, today, is in a very imperilled state. Agriculturists have to deal with serious environmental concerns like topsoil depletion, contamination of food, water and soil due to toxic fertilizers and pesticides, and the vagaries of the weather, which are becoming more and more severe and unpredictable as the climate deteriorates. In some parts of the country, such as Punjab, pesticides being used are toxic enough to have led to unprecedented incidence of diseases like cancer. The mechanization of farms has undoubtedly led to many advances in the food security of the country, but this has come at a grave cost.
Practices such as crop diversification and rotation, which are crucial to species diversity and thus to maintain soil health and ensure farm security, and are in-built in traditional forms of farming, are under threat from the increasing inroads being made into the Indian farm by corporates of all sizes, which come with the promise of increased yields and attractive returns. This is true with regard to the sale of seeds as well, even though Indian law protects plant material including seeds from patentability.

Most Indian farmers own only small landholdings, which require expensive inputs such as irrigation, electricity, seeds, fertilizer, and pesticide, but do not generate sufficient output to cover the costs of the same. Though the sway of seed companies over small farmers in India is, as of now, minimal, when agriculturists with such small landholdings do enter into agreements to grow crops on terms dictated by seed companies, it is in the hope of earning some profit that would offset the cost of their inputs and generate some income for the household. Often, the crops require the intensive usage of labour and mechanization. Therefore, agreements such as the one in the instant case often guarantee technical and financial assistance to the farmer in order to be able to discharge his end of the deal. Needless to say, the success or failure of the crop would make or break the income of the farmer for the entire season. This can result in situations where small and medium scale farmers find themselves trapped in contracts where they buy expensive seeds which turn out to be defective, resulting in a failed season and severe financial hardship. The problem of indebtedness further worsens the plight of the farmer, and, all too often, manifests in the tragedy of suicide. Farmer suicides are indeed a systemic issue that has persisted, and perhaps worsened, over the last few decades.

Imposing a costs of Rs. 25,000 on the company, the bench dismissed the appeal and observed as follows:

The summary redressal available to the farmer under the 1986 Act may go a small but crucial way to provide instant relief in a sector which is already facing stress on several counts. Undoubtedly, farmers faced with grievances against seed companies, may, in suitable cases, opt for other remedies such as a civil suit, relief under the Seeds Act, 1966 (the reform of which has been under process for some time), and so on. But excluding such farmers from the purview of the 1986 Act would be a complete mockery of the object and purpose of the statute.

We are alarmed by the growing trend amongst seed companies of engaging in frivolous litigation with farmers, virtually defeating the purpose of speedy redressal envisaged under 1986 Act. In the instant case, the Appellant contested the farmers' claims before consumer fora on the preliminary point of maintainability right up to this Court, compelling small agriculturists such as the Respondents to spend unnecessarily on litigation in order to secure relief for themselves, amounting to a sum which probably exceeds even the quantum of relief claimed. This tendency to resist even the smallest of claims on any ground possible, by exploiting the relatively greater capacity of seed companies to litigate for long periods of time, amounts to little more than harassment of agriculturists. To discourage such conduct in the future by the Appellant as well as other seed corporations, we deem it fit to impose costs on the Appellant