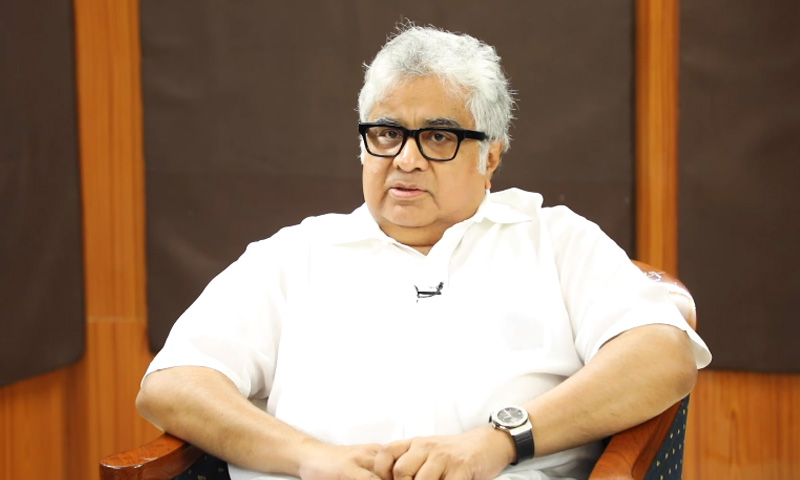 In the judgment in the Sister Abhaya murder case, the Special CBI Court has termed it 'fascinatingly bizarre' that one of the witnesses in the case, the poorly paid convent cook Achamma, had carried out 'highly expensive litigation' in far away New Delhi to challenge the constitutional validity of narco-analysis test.The Court described it as a "fascinatingly bizarre" fact as she did not deny...

In the judgment in the Sister Abhaya murder case, the Special CBI Court has termed it 'fascinatingly bizarre' that one of the witnesses in the case, the poorly paid convent cook Achamma, had carried out 'highly expensive litigation' in far away New Delhi to challenge the constitutional validity of narco-analysis test.

The Court described it as a "fascinatingly bizarre" fact as she did not deny the prosecution suggestion that Senior Advocate Harish Salve, "arguably India's greatest living lawyer", appeared for her. She conceded that her litigation had been financed by the convent and that she was not aware of its nitty-gritty.

"...there is the fascinatingly bizarre fact that PW11, Achamma the poorly paid cook in St.Pius X Convent Hostel approachedt he Hon'ble Supreme Court of India against the constitutional validity of the Narco Analysis examination and carried out highly expensive litigation in far a way New Delhi

When the prosecution suggested that her counsel before the Hon'ble Apex Court had been none other than Sri. Harish Salve, arguably India's greatest living lawyer, she did not deny it. Further, she conceded that her litigation had been financed by the convent and that she was not aware of its nitty-gritty,"  299-page judgment delivered by Special CBI Judge K Sanilkumar notes.

During the cross examination, CBI prosecutor Navas had asked Achamma if she knew Harish Salve, who takes lakhs as fees, had appeared in the petition filed by her against the move to conduct narco-analysis and brainmapping test on her.

In 2009, three witnesses in the case, Sister Sherly, Achamma and Thressiamma, had jointly filed a petition in the Kerala High Court challenging the move of the CBI to conduct narco-analysis test on them.

On June 24, 2009, a single bench of Justice M Sasidharan Nambiar of the High Court dismissed the petition holding that "Investigating Agency is to be allowed to explore all avenues permissible under law to arrive at the truth",

Sister Sherly, Achamma and Thressiamma jointly filed a special leave petition in the Supreme Court against the High Court judgment.

Senior Advocate Harish Salve appeared for them at the stage of admission of the SLP. On August 13, 2009, the Supreme Court issued notice on the petition and stayed the order directing narco analysis of the witnesses.

During the pendency of the said SLP, the Supreme Court, on May 5, 2010, delivered the judgment in the case Selvi and others v State of Karnataka holding that no individual should be forcibly subjected to narco-analysis or brain mapping tests.

Two years later, the top court on October 30, 2012, allowed the petition filed by Sister Sherly, Achamma and Thressiamma based on the authoritative pronouncement in Selvi case.

Achamma, who was examined as Prosecution Witness 11(PW11), deposed that Fr.Thomas Kottorr and Fr.Jose Poothrikkayil were in the habit of visiting the St. Pius X Convent Hostel and that she would on such occasions be asked to cook sumptuous dishes to be served to the priests. She also deposed that convent was guarded by dogs. The Court noted that no one deposed about hearing any barking noise on the fateful night. The baffling question why the dogs did not bark on the night of 26/27-3-1992 finds the answer in the explanation of PW11 that the dogs do not bark on seeing the regular visitors to the St.Pius XConvent Hostel, the court said.

She had told the police that some disturbances were noticed by her in the kitchen of the convent on the morning of Abhaya's death. She pointed out that there was an electric light burning near the work area and the door which had been closed by her from inside the previous night,was in a shut position, latched from outside. In between the two leaves of the door, a nun's veil was seen caught; an axe was found lying on the kitchen floor.

However, in examination, she refused to endorse the initial statement given to the police regarding the disturbances in the kitchen. Therefore, she was declared hostile. But in the cross-examination by the prosecution, she admitted that she had given the police the right version. So, the Court accepted her testimony.

Though she turned hostile to the prosecution on many aspects, she admitted that Sister Abhaya was very happy in the days preceding her death.

"Two weeks before her death, when her parents came to the mess hall of the St.Pius X Convent Hostel, PW11 served grub to them, and at that time, Sister Abhaya presented a Christian devotional song book to PW11. The very crucial and significant statement of PW11 is that on the eve of her death, Sister Abhaya attended a Bible convention at Nagampadam and Sister Abhaya returned at about 8.30 PM along with PW11. At that point of time, PW11 was not able to find any change in her attitude reflected in her face", the Court notes in the judgment.

The Court said that even if a witness is declared hostile, the evidence need not be fully discarded and relevant statements which are corroborated can be admitted :

The Court noted that there were 'systematic and organized efforts' to subvert the prosecution case. The Court observed that two officials of Kerala Police, SP KT Michael and DySP K Samuel, indulged in destruction of material objects in the case.

The witnesses connected to the congregation including the inmates of the St. Pius X Convent Hostel en masse turned hostile to the prosecution without rhyme or reason.

The prosecution brought to the attention of the court that Kottoor was the Secretary of the Bishop of Kottayam Diocese(Knanaya) in 1992.

"Hence, it is reasonable to suppose that A1(Kottoor) had at his control the immense resources of the diocese in terms of money and material and could command the obedience of priests, nuns, and laymen", the court observed.

On December 23, the CBI court sentenced to life imprisonment Father Thomas M Kottorr and Sister Sephy, priest and nun of the Catholic Church respectively, for the murder of Sister Abhaya 28 years ago. The Court said that the murder was done with the motive of suppressing the illicit affair between the convicts.