Photos Showed Her To Be Cheerful, Not Traumatized, No 'Rape-Victim' Behaviour : Goa Court In Tarun Tejpal Case 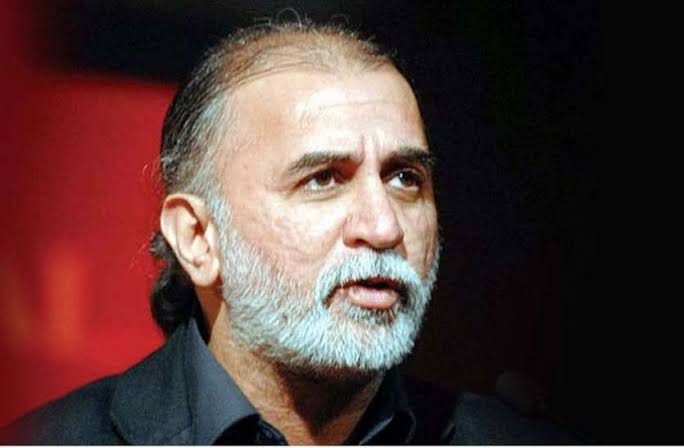 Seen at late-night parties, smiling in pictures on subsequent days are some of the observations made by the fast-track court in Goa about the victim, to hold that she did not "demonstrate" a rape victim behaviour. "The photos show the prosecutrix to be absolutely cheerful and with a smile on her face and not disturbed, reserved, terrified or traumatised in any manner," special...

Seen at late-night parties, smiling in pictures on subsequent days are some of the observations made by the fast-track court in Goa about the victim, to hold that she did not "demonstrate" a rape victim behaviour.

"The photos show the prosecutrix to be absolutely cheerful and with a smile on her face and not disturbed, reserved, terrified or traumatised in any manner," special Judge Kshama Joshi observed about pictures taken on November 9, a day after the alleged second assault by Tehelka Magazine's Editor-in-Chief Tarun Tejpal.

"It is extremely revealing that the prosecutrix's account neither demonstrates any kind of normative behaviour on her own part – that a prosecutrix of sexual assault on consecutive two nights might plausibly show nor does it show any such behaviour on the part of the accused." The bench held.

The fast-track court in Goa acquitted Tejpal on May 21, however, a reasoned 527-page order was made available only on Tuesday.

The court relied on Watsapp messages by the prosecutrix to state that her claims about staying back in Goa after the festival because she was traumatized by Tejpal's behaviour, was a lie, and she always had plans to stay back.

"Message clearly shows her intention in advance of staying back in Goa post the THiNK festival, and shows up entirely as a lie [in] her narrative of being traumatized and disgusted by the accused Tehelka and her abandoning her duties and choosing to stay on in Goa as a result. Instead, it shows that she had never intended to return to Bombay as per schedule and had informed no one or taken leave."

Moreover, the judge made adverse remarks against the woman's mother to say the victim did not appear traumatized. "The conduct and attitude of the mother of the prosecutrix towards her speaks volumes about the 'state of trauma' the prosecutrix was in."

The court said the prosecutrix's mother, did "not change any plans to offer the most natural support to her traumatised daughter," despite learning of the alleged assault.

"The evidence on record shows that the Prosecutrix did not meet her mother after the festival was over, but that's not because her mother was living with her colleagues. It is already clear from the WhatsApp messages that the prosecutrix had made plans in advance to stay in Goa with XXXXX and to party with XXXX, for which too, there is Whatsapp evidence in the prosecutrix's own words and the alleged incidents lf 7 and 8 November in no way changed her or her mother's plans.

The bench further held, "There are many facts which have come on record which create doubt on the truthfulness of the prosecutrix."

The court noted that the victim had contacted the National Commission of Women (based on whose representation the FIR was registered), and a women's rights lawyer was guiding her on how she should draft the complaint. After the incident came to the woman spoke to a senior advocate whose name was saved as "Bhrahmastra" in her phone. "Which translates to 'most powerful weapon'," the judge observed.

"With the help of experts, there may be a possibility of doctoring events or adding of incidents. Advocate for the accused has thus rightly submitted that the deposition of the prosecutrix has to be scrutinised from that angle," the court said.

The judge held the woman's voluntary communication with Tejpal after the incident against her. The judge stated that if the victim was terrified of the accused why would she report to him and disclose her location the following day when she could have reported to three women.

The prosecutrix sending the same message to the accused within a span of a few minutes without any message from him establishes she was not traumatised or terrified of being found and completely belies the prosecution's case that she was sexually assaulted again just before sending those messages, the court observed.

"The unnatural conduct of the prosecutrix is again relevant under Section 8 of the Evidence Act. The prosecutrix had admitted that there are two SMSes sent from her phone to the accused on 8/11/2013…..and that these messages were not sent by her in response to any messages," the court noted.

Special judge Kshama Joshi, who acquitted Tejpal on May 21 observed, "Upon considering the other evidence on record, the benefit of doubt is given to the accused, as there is no corroborative evidence supporting the allegations made by the prosecutrix, and the deposition of the prosecutrix also shows improvement, material contradictions, omissions and change of versions, which does not inspire confidence."

The court said that during the stop panchnama, the IO failed to ask the woman which button did the accused press on the lift panel to keep the lift in circuit and ensure it didn't stop anywhere between the two floors on the night of the incident.

"This is not a mere detail but the heart of the prosecutions case, since it is the categorical case of the Prosecutrix that the lift door did not open even once during the two minutes of the allege incident and the accused pressed a button on the lift panel to keep it in motion," the court observed.

The IO also didn't bother to verify if the if the elevators doors could be prevented from opening by pressing any of the buttons, the judge noted.

She observed that the IO failed to ask the prosecutrix a very basic question about her location in the lift during the sexual assault.

The judge further said that there were glaring contradictions in what played out on screen and what the woman said in her statement, despite which the IO didn't record her supplementary statement.

"It is crucial to note that the contradictions are often so glaring that the exact opposite of what the prosecutrix is claiming actually happens on the screen, yet the IO didn't even question the prosecutrix on the same," the court observed.

The court criticised the investigating officer Sunita Sawant for viewing the Hotel's first floor CCTV footage but directing her officer only to collect footage from the ground and second floor, to suit their case. The first-floor footage was collected only nine days later due to which the DVR kept in an unsealed room, had no recordings.

"IO viewed CCTV…knowing that the said CCTV footage shows the accused and the prosecutrix exiting the lift during the relevant two minutes on the first floor, and that the same would exonerate the accused, and despite the fact that the DVR containing the CCTV footage could and should have been attached by the IO at the earliest to preserve crucial CCTV footage… the IO appears to have deliberately delayed seizure of the DVR until the 29th (nines days after viewing) and in the meantime, destroyed the CCTV footage for the first floor on November 7, 2013, thereby destroying clear proof of the accused's defence."

The judge said that the IO has committed omissions and commissions, wherein the IO has done no investigation on crucial and vital aspects of the present case.

"The IO has in some cases, such as the CCTV footage of the first floor of block 7 of the Grand Hyatt, entirely destroyed the evidence…" the bench observed.

The IO further made no efforts retrieve the missing first floor CCTV footage from the CFSL, as she knew it was already destroyed, the court noted, adding that the possibility of tampered CCTV footage cannot be ruled out.

"It is not merely a well settled law but a fundamental principle of jurisprudence and of our justice system itself that the Right to Fair Investigation is guaranteed to [an] accused under Article 21 of the Constitution of India," the judge observed.

The court said that despite knowledge that a complainant cannot be the investigating officer in her own case IO Sunita Sawant moved no proposal before her superiors to hand over the investigation to the other female officer.

The IO failed to note that there is an intercom and an stop button to use in case of an emergency situation, the judge said. She added that the IO hasn't calculated the time taken by the lift to reach the ground floor to the second floor.

"It is settled proposition that acquittal of the accused cannot result due to defects in the investigation, the evidences have to be scrutinised independently," the judge noted.

The court finally said that the prosecution has failed to discharge the burden proving the guilt of the accused beyond reasonable doubt.

On Tuesday, the Goa Government also filed a leave to appeal in the Bombay High Court against Tejpal's acquittal.

Tejpal faced trial for offenses punishable under Sections 354 (assaulting or using criminal force on a woman with an intent to outrage her modesty), 354-A (outraging modesty), 341 (wrongful restraint), 342 (wrong confinement), 376 (rape), 376(2) (f) (person in position of trust or authority over woman, committing rape of such woman) and 376(2)(k) (rape of a woman by a person being in position of control or dominance over the woman) of the Indian Penal Code (IPC).