"Fighting Like a Gang War By the State Is Not Permissible in a Democratic Civil Society": Petitioner In Vikas Dubey Encounter Case Files Rejoinder In SC 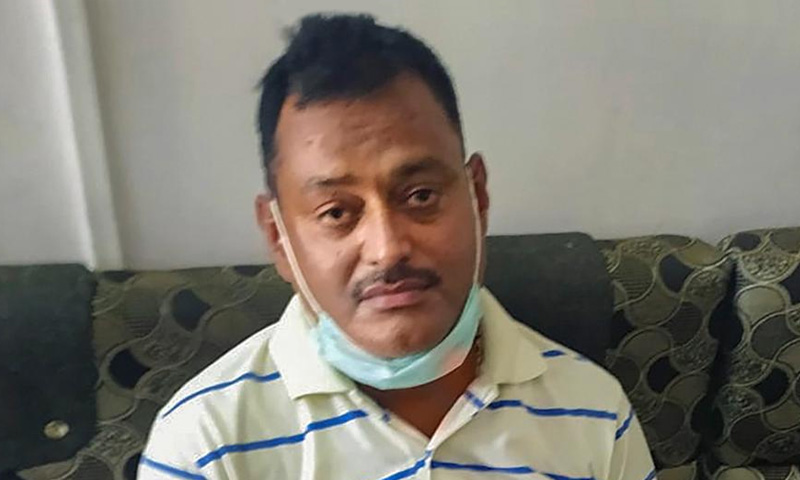 In a Rejoinder Affidavit filed in response to the Reply of the State of Uttar Pradesh in the plea seeking for an investigation into the alleged encounter of Vikas Dubey, the Petitioner has submitted that there exists no law which justifies the killing of even a hardened criminal in the custody of a law enforcement agency. Invoking the Nuremberg Trials which had been conducted...

In a Rejoinder Affidavit filed in response to the Reply of the State of Uttar Pradesh in the plea seeking for an investigation into the alleged encounter of Vikas Dubey, the Petitioner has submitted that there exists no law which justifies the killing of even a hardened criminal in the custody of a law enforcement agency.


Invoking the Nuremberg Trials which had been conducted post the Second World War to try war crimes conducted for crimes against peace, war crimes, and crimes against humanity, the Rejoinder, filed by Petitioner-in-Person Anoop Prakash Awasthi, avers that "Rule of Law is the moral fabric of a just and equitable society and Rule of law is further the ethical code for the exercise of public power in any country, including our country", thereby outlawing extrajudicial killing.

The Rejoinder also refers to the Hyderabad Encounter case wherein Chief Justice of India Bobde had commented, "justice can never be instant and loses its character when it becomes revenge". With reference to the instant case, it states that there is "no justification in killing a person in custody by staging an almost identical film story each time".

In light of the above, the Rejoinder submits that there are illegalities in the appointment of a single member Judicial Inquiry Commission, by the State of Uttar Pradesh, as, firstly, it has not been done in accordance with Section 3 of the Commission of Inquiry Act, 1952, which mandates passing of a Resolution by each House of the State, followed by a Gazette Notification.

Secondly, it is stated that the Governor of any State could have appointed the requisite Commission by issuing an Ordinance under Article 213 of the Constitution of India. However, the same was not done and therefore, the constitution of the instant Commission is without a statutory peg.

Thirdly, the Rejoinder posits that the proposed head of the Inquiry Commission, Justice Shashi Kant Agarwal, has been incorrectly referred to as a retired judge of the Allahabad High Court because he is not 'retired' as he had "resigned from the position of Judge of High Court of Allahabad upon his transfer from said court ot the High Court of Jharkhand on January 5, 2005, under controversial circumstances".

The Rejoinder also raises issues with the appointment of the Special Investigative Team, commencing with, as per media reports, the appointment of J. Ravinder Gaur (IPS), Deputy Inspector General of Police, who is allegedly an accused in a 2007 fake encounter case.

"It is submitted that if said committee is permitted to continue the investigation, the entire process will suffer from an institutional bias", submits Awasthi.

Averring that appointment of such a Special Team comprising of Kanpur Police is a conflict of principle of natural justice, the Rejoinder states:

"…the issue at hand is not that of an ordinary crime against society, but a crime against a law enforcement agency at the initial stage and then at later stage, it has become a case of alleged crimes of fake encounters done by the law enforcement agency in which the entire system of Kanpur Police is somehow involved either as victim or accused or aggressor and hence, any investigation by them is likely to suffer from personal bias and same would be in conflict with the legal maxim 'Audi Alteram Partem' or rule against fairness at the time of investigation."

The Rejoinder further refers to an India TV footage of 9th July which apparently predicted that Dubey would be killed. As the prediction came true, it has been submitted that "it is safe to presume that orders of the encounter came from the top level of the government of Uttar Pradesh" and therefore, there is reasonable risk of institutional bias that could be present during the investigation and thus, Supreme Court needs to appoint a central agency like CBI or NIA.

The Rejoinder, while agreeing that the killing of police personnel is a grave crime, states that the same requires to be "judicially redressed in a legal way and not by revenge or instant justice in staged encounters".

"…while fighting a lawless, the state cannot go to the extent of becoming lawless. Fighting almost like a gang war by the State is not permissible in a democratic civil society. I state that law enforcement agencies have to enforce the rule of law in legal way and not otherwise".

On July 14, a Supreme Court Bench comprising of Chief Justice of India SA Bobde, and Justices R. Subhash Reddy and AS Bopanna had granted time to Solicitor-General Tushar Mehta, appearing on behalf of State of UP, to file a Reply in the instant plea, as well as another plea seeking for investigation in the alleged encounter of Dubey's five co-accused.

The Reply was filed on 17th July, with the State of UP contending that the encounter of Dubey was not manufactured, but real, as Dubey's intention had been to flee and kill the policemen who were guarding him. It was also submitted that the State had constituted a Judicial Inquiry Commission to inquire into the alleged collusion of the accused and his associates, with the police as well as politicians.