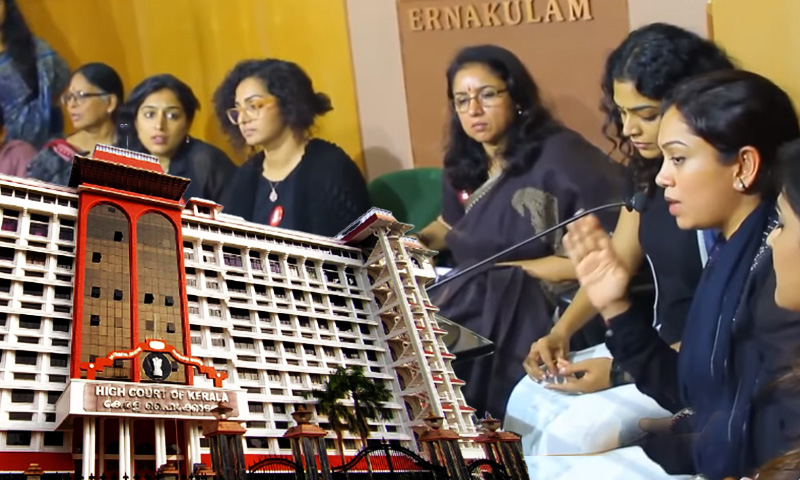 The Kerala High Court on Thursday observed that film production units have the responsibility to form an Internal Complaints Committee as per the Sexual Harassment of Women at Workplace (Prevention, Prohibition and Redressal) Act, 2013 - commonly known as the POSH Act. The Court further held that other related associations like the Film Employees Federation of Kerala(FEFKA), Kerala...

The Kerala High Court on Thursday observed that film production units have the responsibility to form an Internal Complaints Committee as per the Sexual Harassment of Women at Workplace (Prevention, Prohibition and Redressal) Act, 2013 - commonly known as the POSH Act.

The Court further held that other related associations like the Film Employees Federation of Kerala(FEFKA), Kerala Film Chamber of Commerce. with more than 10 employees should have an ICC as mandated by the statute. Full copy of the judgment is yet to be uploaded.

The Court passed the order in the Public Interest Litigation (PIL) filed by Women in Cinema Collective (WCC) for establishment of grievance redressal mechanism in the Association of Malayalam Movie Artists (AMMA), the body of Malayalam movie actors, as regards prevention of sexual harassment of women at workplaces.

A Division Bench of Chief Justice S. Manikumar and Justice Shaji P. Chaly also recorded that AMMA has volunteered to constitute an ICC and added that if AMMA constitutes an ICC as undertaken the same shall be in accordance with the provisions of the POSH Act.

"so far as the film industry is concerned, the production unit is the workplace of an individual film and therefore, each production unit would have to constitute an Internal Complaints Committee, which alone can deal with the harassment against the women in contemplation of the provisions of Act, 2013."

The directions passed by the Court are as follows :

(1) The production unit of each film industry is an establishment employing Actor Artists and other workers and therefore, such production units have to maintain an Internal Complaints Committee, if they are engaging more than 10 workers, as is contemplated under the Act, 2013.

(2) Respondent organisations are duty bound to maintain Internal Complaints Committee, if they are engaging 10 workers or more for managing the office establishments and wherein women workers are employed for wages or not.

(3) If women workers are employed by any of the respondent organisations related to the film industry in which less than 10 workers are employed, then they are entitled to make suitable complaints to the Local Complaints Committee in accordance with the provisions contained under section 6 read with Section 9 of Act, 2013.

(4) Since the Association of Malayalam Movie Actors has volunteered to appoint a committee to deal with any sexual harassment at its workplace, we record the same and accordingly to take action to notify the members of the Internal Complaints Committee, in accordance with law.

"Even though, we have clearly expressed our views with respect to the extent of obligations of the organisations coming under the provisions of Act, 2013 to form Internal Committees, we convey our desire that the organisations associated with the film industry viz., Association of Malayalam Movie Actors (AMMA), FEFKA, Kerala Film Chamber of Commerce, Kerala Film Producers Association, take steps to constitute a joint committee, by including the members of organisations registered with them in tune with the provisions of Act, 2013 to deal with sexual harassment of women, which would definitely render sufficient confidence to women Actor Artists and other employees & other workers employed by the production unit ; which would in turn protect the dignity, and make the right to life and personal liberty of the women in the film industry more meaningful and fruitful".

WCC was formed under the leadership of actors like Parvathy Thiruvothu, Revathy, Rima Killingal, Padmapriya, Anjali Menon etc., as an aftermath of the controversy following the sexual assault of a prominent actor in 2017, which was allegedly a part of the conspiracy hatched by actor Dileep. The trial in this case is still pending before a Special CBI Judge.

It is the case of the petitioner that AMMA is trying to defend Dileep rather than protecting the survivor. In 2018, WCC had also convened a press meet, where they attacked the Association's inaction against Dileep and its indifference towards the interests of the survivor. Members of the WCC had further declared in the press meet that they will look for other means to redress their grievances as they had lost confidence in the leadership of AMMA.

The main contention in the PIL was that the association had not constituted an Internal Complaints Committee/Grievance Redressal Cell as mandated by the Supreme Court in the Vishaka case and Sexual Harassment at Work Places (Prevention, Prohibition and Redressal) Act 2013.

Advocate Santhosh Mathew assisted by Advocates Anil Sebastian Pulickel, Arun Thomas, Vijay V. Paul, Karthika Maria and Veena Ravindran appearing for WCC argued that the Kerala Film Chamber of Commerce being a Society comprising of investors is bound by the provisions of the Vishaka judgment and the Act.

A similar argument was placed against the Kerala Film Producers Association, Film Employees Federation of Kerala (FEFKA), Malayalam Cinema Technicians Association (MACTA) and the Kerala Film Distributors Association. The petitioner asserted that these associations are legally obliged to consititute a Complaints Committee.

The plea had argued that the Association's omission violates its members' fundamental rights under Articles 14, 15, 19 and 21 of the Constitution of India. Additionally, the nature of the work undertaken by the artists is such that they have no alternatives to seek similar redressal, the WCC pointed out.

It has also been emphasised that the definition of 'workplace' in Section 2 (o) of the  Act includes any private sector organization or a private venture, undertaking, enterprise, institution, establishment, society etc, and that therefore, the Vishaka guidelines and 2013 Act are squarely applicable to the Association.

Reliance was placed on the decision in Medha Kotwal Lele & Ors v. Union of India & Ors [(2013) 1 SCC 297] that reinstated the importance of implementing the guidelines laid down in the Vishaka judgment.

On this note, it was argued that AMMA has the obligation to constitute a grievance redressal mechanism in the form of a complaints committee against sexual harassment.

AMMA filed an affidavit before the Court saying that it has no objection to form the ICC as per the statute and added that it was in the process of forming the committee.

Recently, the Kerala Women's Commission had also filed an impleading application in the plea on the ground that it functions exclusively for the benefit and welfare of women in the State.

Advocates Talish Ray and Sunitha Ojha represented an interevenor Cine And TV Artistes' Association which supported WCC in the matter.