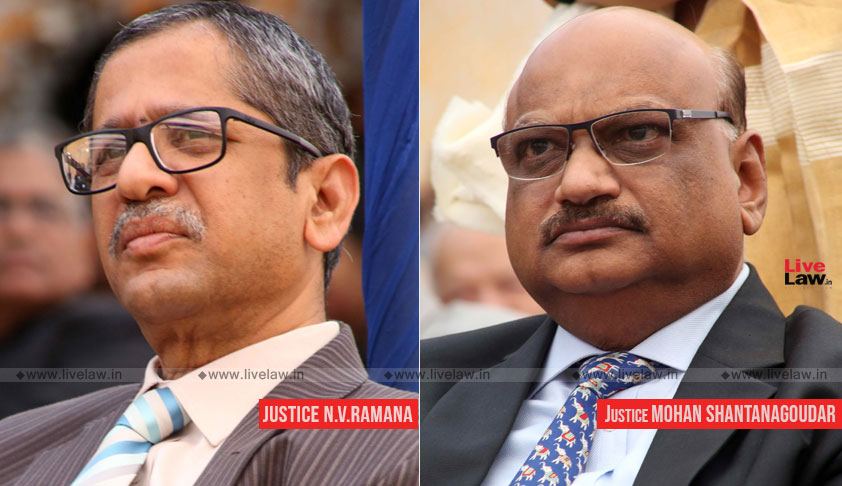 "It cannot be held that the fingerprint evidence was illegally obtained merely due to the absence of a magisterial order authorizing the same."

The Supreme Court has observed that merely due to the absence of a magisterial order authorizing the police to obtain fingerprints of the accused, it cannot be held that the fingerprint evidence was illegally obtained.

In Ashish Jain vs. Makrand Singh, the bench comprising Justice NV Ramana and Justice Mohan M. Shantanagoudar was considering the issue of legality of fingerprints obtained without magistrate order authorizing it.

In this case, the Trial Court had convicted and sentenced the murder accused to death. The High Court, allowing their appeal, had acquitted the accused. The High Court had found that the fingerprint evidence was illegally obtained by the police as there was no authorization of the same by the Magistrate.

Referring to the provisions of Identification of Prisoners Act, 1920, and the State Rules made thereunder, the bench said: "As held by this Court in Sonvir (supra), although Section 4 mentions that the police officer is competent to take measurements of the accused, but to dispel doubts as to its bona fides and to rule out the fabrication of evidence, it is eminently desirable that they were taken before or under the order of a Magistrate. However, the aforesaid observations cannot be held to mean that this Court observed that under Section 4, police officers are not entitled to take fingerprints until the order is taken from a Magistrate. If certain suspicious circumstances do arise from a particular case relating to lifting of fingerprints, in order to dispel or ward off such suspicious circumstances, it would be in the interest of justice to get orders from the Magistrate. Thus there cannot be any hard and fast rule that in every case, there should be a magisterial order for lifting the fingerprints of the accused. Thus, it cannot be held that the fingerprint evidence was illegally obtained merely due to the absence of a magisterial order authorizing the same."

However, in the present case, the bench said that the absence of a magisterial order casts doubts on the credibility of the fingerprint evidence, especially with respect to the packing and sealing of the tumblers on which the fingerprints were allegedly found. The court also noted that, the attesting witnesses, in this case, were not independent witnesses, but the family members of the deceased.

The bench then upheld the High Court judgment discarding fingerprint evidence in this case.