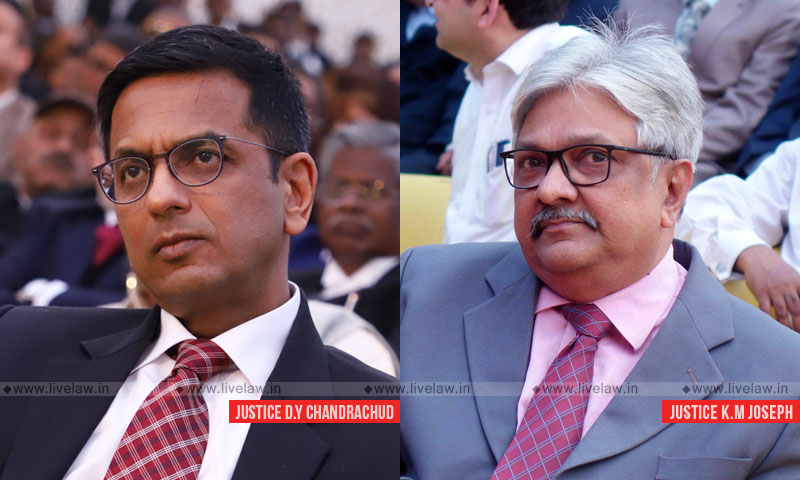 x
"To uphold the contention of the developer that the flat buyer is constrained by the terms of the agreed rate irrespective of the nature or extent of delay would result in a miscarriage of justice."

The Supreme court has observed that failure of the developer to comply with the contractual obligation to provide the flat to a flat purchaser within a contractually stipulated period amounts to a 'deficiency'. In cases where there is a gross delay in the handing over of possession beyond the contractually stipulated period, the jurisdiction of the consumer forum to award just and reasonable compensation is not constrained by the terms of a rate in builders agreement, the bench comprising Justices DY Chandrachud and KM Joseph said.

The Court also said it cannot be oblivious to the one-sided nature of Apartment Buyers Agreements which are drafted by and to protect the interest of the developers. It also observed that execution of the Deed of Conveyance by a flat purchaser does not preclude a consumer claim being raised for delayed possession

In this case, the National Consumer Disputes Redressal Commission, dismissed a consumer complaint filed by 339 flat buyers, accepting the defence of DLF Southern Homes Pvt. Ltd. and Annabel Builders and Developers Pvt. Ltd. that there was no deficiency of service on their part in complying with their contractual obligations and that despite a delay in handing over the possession of the residential flats, the purchasers were not entitled to compensation in excess of what was stipulated in the Apartment Buyers Agreement.

Disagreeing with this approach, the Apex Court bench observed that, in the instant case, there has been a gross delay on the part of the developer in completing construction ranging between two and four years. The court observed:

A failure of the developer to comply with the contractual obligation to provide the flat to a flat purchaser within a contractually stipulated period amounts to a deficiency. There is a fault, shortcoming or inadequacy in the nature and manner of performance which has been undertaken to be performed in pursuance of the contract in relation to the service. The expression "service‟ in Section 2 (1) (o) means a service of any description which is made available to potential users including the provision of facilities in connection with (among other things) housing construction. Under Section 14(1)(e), the jurisdiction of the consumer forum extends to directing the opposite party inter alia to remove the deficiency in the service in question. Intrinsic to the jurisdiction which has been conferred to direct the removal of a deficiency in service is the provision of compensation as a measure of restitution to a flat buyer for the delay which has been occasioned by the developer beyond the period within which possession was to be handed over to the purchaser."

Courts cannot be oblivious to the one-sided nature of ABAs

The bench also observed that it cannot be oblivious to the one-sided nature of ABAs which are drafted by and to protect the interest of the developer. Perusing the instant ABA, the court said that the same was manifestly one-sided: the rights provided to the developer for a default on the part of the home buyer are not placed on an equal platform with the contractual right provided to the home buyer in the case of a default by the developer. The bench observed:

"Flat purchasers suffer agony and harassment, as a result of the default of the developer. Flat purchasers make legitimate assessments in regard to the future course of their lives based on the flat which has been purchased being available for use and occupation. These legitimate expectations are belied when the developer as in the present case is guilty of a delay of years in the fulfilment of a contractual obligation. To uphold the contention of the developer that the flat buyer is constrained by the terms of the agreed rate irrespective of the nature or extent of delay would result in a miscarriage of justice. Undoubtedly, as this court held in Dhanda, courts ordinarily would hold parties down to a contractual bargain. Equally the court cannot be oblivious to the one-sided nature of ABAs which are drafted by and to protect the interest of the developer. Parliament consciously designed remedies in the CP Act 1986 to protect consumers. Where, as in the present case, there has been a gross delay in the handing over of possession beyond the contractually stipulated debt, we are clearly of the view that the jurisdiction of the consumer forum to award just and reasonable compensation as an incident of its power to direct the removal of a deficiency in service is not constrained by the terms of a rate which is prescribed in an unfair bargain. "

The Court also observed that the decision in DLF Homes Panchkula Pvt. Ltd. v. D S Dhanda, does not prescribe an absolute embargo on the award of compensation beyond the rate stipulated in the flat buyers‟ agreement where handing over of the possession of a flat has been delayed. The decision, does not lay down that there is an absence of jurisdiction in the adjudicatory fora constituted under the CP Act 1986 to award remedial compensation to a flat buyer for the delay of the developer in handing over possession on the agreed date, the bench observed.

Another issue considered by the court was whether a flat buyer who seeks to espouse a claim against the developer for delayed possession can as a consequence of doing so be compelled to defer the right to obtain a conveyance to perfect their title? This issue arose, since the court noted that the flat buyers were given an option by the developers to either retaining their right to pursue their claims (in which event they would not get possession or title in the meantime) or to forsake the claims in order to perfect their title to the flats for which they had paid valuable consideration. The Court said:

"It would, in our view, be manifestly unreasonable to expect that in order to pursue a claim for compensation for delayed handing over of possession, the purchaser must indefinitely defer obtaining a conveyance of the premises purchased or, if they seek to obtain a Deed of Conveyance to forsake the right to claim compensation. This basically is a position which the NCDRC has espoused. We cannot countenance that view. The flat purchasers invested hard earned money. It is only reasonable to presume that the next logical step is for the purchaser to perfect the title to the premises which have been allotted under the terms of the ABA. But the submission of the developer is that the purchaser forsakes the remedy before the consumer forum by seeking a Deed of Conveyance. To accept such a construction would lead to an absurd consequence of requiring the purchaser either to abandon a just claim as a condition for obtaining the conveyance or to indefinitely delay the execution of the Deed of Conveyance pending protracted consumer litigation. "

Thus the court disapproved the view of NCDRC that flat purchasers who obtained possession or executed Deeds of Conveyance have lost their right to make a claim for compensation for the delayed handing over of the flats. The court rejected the contention that the execution of the Deed of Conveyance by a flat purchaser precludes a consumer claim being raised for delayed possession.

The court also rejected the contention flat purchasers have no right, title or interest in respect of the amenities which were to be constructed by the developer as a part of the larger township of New Town. The court said:

Developers sell dreams to home buyers. Implicit in their representations is that the facilities which will be developed by the developer will provide convenience of living and a certain lifestyle based on the existence of  those amenities. Having sold the flats, the developer may find it economically unviable to provide the amenities. The flat purchasers cannot be left in the lurch or, as in the present case, be told that the absence of facilities which were to be provided by the developer is compensated by other amenities which are available in the area. The developer must be held accountable to its representation. A flat purchaser who invests in a flat does so on an assessment of its potential. The amenities which the builder has committed to provide impinge on the quality of life for the families of purchasers and the potential for appreciation in the value of the flat. The representation held out by the developer cannot be dismissed as chaff. True, in a situation such as the present it may be difficult for the court to quantify the exact nature of the compensation that should be provided to the flat buyers. The general appreciation in land values results in an increase in the value of the investment made by the buyers. Difficulties in determining the measure of compensation cannot however dilute the liability to pay. A developer who has breached a clear representation which has been made to the buyers of the amenities which will be provided to them should be held accountable to the process of law. To allow the developer to escape their obligation would put a premium on false assurances and representations made to the flat purchasers. Hence, in factoring in the compensation which should be provided to the flat buyers who are concerned in the present batch of appeals, we would necessarily have to bear this issue in mind.

The Court, however, noted that eleven flat purchasers have entered into specific deeds of settlement with the buyers and therefore bound by it. The bench issued the following directives:

(i) Save and except for eleven appellants who entered into specific settlements with the developer and three appellants who have sold their right, title and interest under the ABA, the first and second respondents shall, as a measure of compensation, pay an amount calculated at the rate of 6 per cent simple interest per annum to each of the appellants. The amount shall be computed on the total amounts paid towards the purchase of the respective flats with effect from the date of expiry of thirty-six months from the execution of the respective ABAs until the date of the offer of possession after the receipt of the occupation certificate; (ii) The above amount shall be in addition to the amounts which have been paid over or credited by the developer at the rate of Rs 5 per square foot per month at the time of the drawing of final accounts; and (iii) The amounts due and payable in terms of directions (i) and (ii) above shall be paid over within a period of one month from the date of this judgment failing which they shall carry interest at the rate of 9 per cent per annum until payment