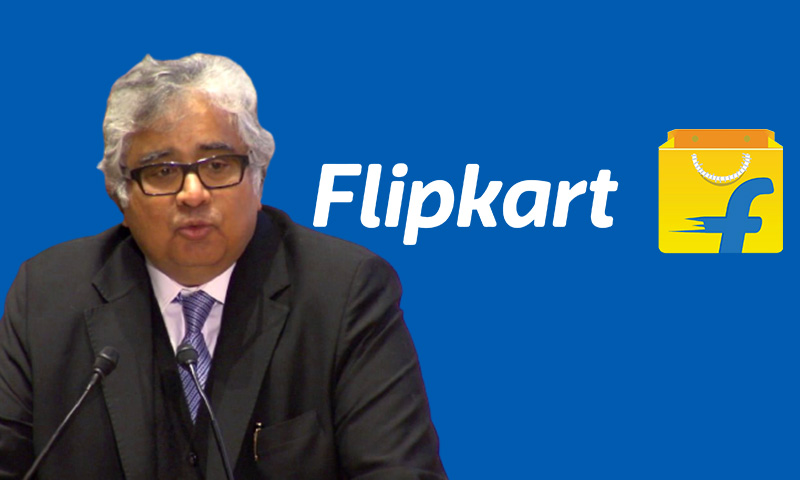 The Supreme Court on Wednesday stayed the March 4 order of National Company Law Appellate Tribunal (NCLAT) directing a probe by the Competition Commission of India against e-commerce major Flipkart for an alleged use of its dominant position.Senior Advocate Harish Salve, appearing for Flipkart, argued that the order was passed on an erroneous premise that his client had a "dominant position"...

The Supreme Court on Wednesday stayed the March 4 order of National Company Law Appellate Tribunal (NCLAT) directing a probe by the Competition Commission of India against e-commerce major Flipkart for an alleged use of its dominant position.

Senior Advocate Harish Salve, appearing for Flipkart, argued that the order was passed on an erroneous premise that his client had a "dominant position" in the e-commerce market.

He submitted that there were "multiple players" in the e-commerce field and it was impossible to term Flipkart as a dominant player.

Referring to the definition given under the Competition Act, Salve submitted dominant position should enable the player to operate independently of competitive forces.

"You become independent of competitive forces when you become so powerful that you can call shorts. That is not the case with Flipkart", Salve submitted before a bench of Chief Justice of India S A Bobde, Justices AS Bopanna and V Ramasubramanian. He pointed out that there were other major players in the market like Amazon, Snapdeal etc.

The senior lawyer also submitted that the NCLAT order was based on the findings entered by the Income Tax Appellate Tribunal in an unrelated case.

Advocate Nidhi Khanna, who appeared on caveat for the All India Online Vendors Association(the informant before the CCI), submitted that only a probe was ordered by the NCLAT.

The informant need only show a "prima facie" case for getting a probe ordered by the anti-trust body, she submitted.

In response, the bench observed that the NCLAT has passed the order without setting aside the categorical findings of the CCI that Flipkart has no dominant position.

The bench initially expressed a view to send the matter back to NCLAT after setting aside the March 4 order. However, after the caveator objected and continued to make submissions, the bench proceeded to stay the order and issue notice to the respondents -All India Online Vendors Association (sellers association) and Competition Commission of India (CCI).

On March 4, the NCLAT had set aside the earlier order passed by the CCI closing the complaint filed by AIOVA seeking a probe by Director General of CCI against Flipkart.

The NCLAT held that prima facie Flipkart had contravened Section 4 of the Competition Act, 2002 which related to the abuse of dominant position and predatory pricing.

The NCLAT, therefore, set aside the CCI order closing the complaint in terms of Section 26(2) of the Competition Act after holding that no case of contravention of Section 4 was made out.

A bench headed by Justice S J Mukhopadhyay referred to the ITAT order in Flipkart India Private Limited vs. Assistant Commissioner of Income-Tax" in ITANo.202/Bang/2018,where Assessing officer had explained that Flipkart India Private Limited (FIPL) would acquire goods from various persons and immediately sell them at a discount to retail sellers like WS Retail Services Private Limited and others.
In November 2018, the AIOVA,a group of over 2,000 sellers selling on e-commerce marketplaces, had approached the CCI alleging abuse of market dominance by e-commerce major.

The AIOVA had alleged abuse of market dominance against Flipkart India Pvt Ltd, which is into wholesale trading/distribution of books, mobiles, computers and related accessories, and e-commerce marketplace Flipkart Internet Pvt Ltd.

It had alleged that small vendors have become allies of the big vendors and suppliers to leading sellers such as Cloudtail, WS Retail, etc on the Flipkart and Amazon platforms, rather than selling directly to consumers through the online e-commerce marketplace sites.

However, passing an order on November 6, 2018, the CCI had held that the business practices of Flipkart and Amazon are not in violation of competition norms and rejected allegations of abuse of market dominance made by the AIOVA.
"It does not appear that any one player in the market is commanding any dominant position at this stage of evolution of market", the CCI observed.