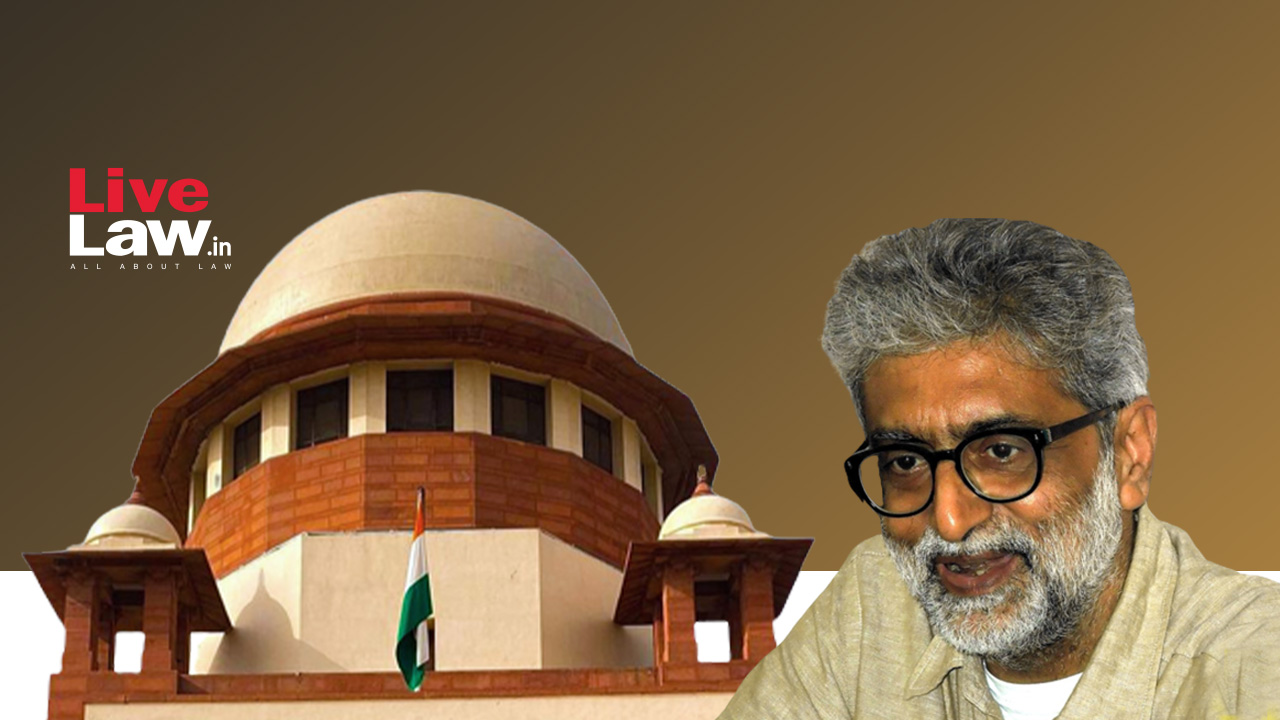 On Monday, Advocate, Ms. Nithya Ramakrishnan, appearing on behalf of human rights activist Gautam Navalakha, accused in the Bhima Koregaon case, who is presently in house arrest, sought the permission of the Supreme Court to receive a call from his daughter living in Spain.

The Senior Counsel apprised a Bench comprising Justice KM Joseph and Justice BV Nagarathna, that the Apex Court had permitted Navalakha to make one call per day from NIA’s phone. However, he is not permitted to make international calls. Therefore, an order is being sought from the Bench to direct the National Investigation Agency to permit Navalakha to receive an international call from his daughter. The Counsel appearing on behalf of NIA asked Ms. Ramakrishnan to file an application in this regard. She agreed to provide all the requisite information to the Central Agency including the number from which the call is to be received for NIA’s consideration. The Senior Counsel added that she was to formally file an application before the Court seeking such permission. However, considering that the matter was already listed, she was making the oral request.

At the request of NIA, the matter has been adjourned and would be taken up next on 17th February, 2023.

On November 10, 2022 the Apex Court had passed an order to move Navlakha from Taloja Central Prison to house arrest, considering his advanced age and multiple ailments. The order was to remain in force for a period of one month.

Later, the NIA moved an application seeking to recall the order contending that Navlakha had suppressed material facts. The NIA also objected that the place chosen by Navlakha is a hall in the first floor of a library building under the control of the Communist Party of India (Marxist). However, on November 18, 2022 the bench led by Justice KM Joseph dismissed the NIA's application and directed the agency to immediately comply with the direction for house arrest.

In December, 2022, the Court extended the interim protection granted to Navlakha, allowing him to stay in house arrest till the second week of January.

Navlakha, who is 73 years old, has been in prison since April 2020. He suffers from multiple ailments and had moved the Supreme Court after the Bombay High Court had rejected his plea seeking transfer to house arrest on account of his health condition.