Given A Chance I Will Be A Lawyer Forever : Justice Nageswara Rao On His Last Day As SC Judge 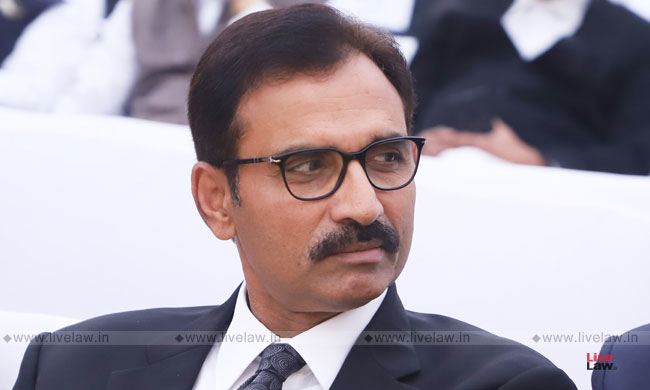 Justice L Nageswara Rao, on his last working day as a judge of the Supreme Court, said that given a chance, he will prefer to be a lawyer forever.

"When I was elevated, I had told Justice Gogoi, with whom I used to sit for a while, that I still think as a lawyer and he said you continue to do that, and that will help you to understand lawyers better. Even yesterday, I was thinking about this. Even now I think that side(the bar) is better than this side(the bench). If given a chance I'd be there all my life", Justice Rao said.

Justice Rao was sharing the ceremonial bench the Chief Justice of India NV Ramana and Justice Hima Kohli on the last working day.

The Attorney General for India KK Venugopal said that the Court is losing an extremely good and a powerful judgment. The AG referred to the latest judgment of Justice Rao releasing Perarivalan as an epitome of his career.

Solicitor General of India Tushar Mehta recollected that he used to brief Justice Rao when he used to be a lawyer very frequently. "I have learnt a lot from him as a human being", SG said.

CJI NV Ramana said that both him and Justice Rao started practice from the same place, Vijayawada bar association.

"He is a first generation lawyer, he had no Godfather no support. I wish him and his family all the best. Its a very emotional day, we started career together and after some time I'll also demit, and he's been a strong support for me", CJI Ramana said. The CJI said that he is reserving further comments for the farewell function at the evening.

Justice Rao, the 5th senior judge of the Supreme Court, is retiring with effect from June 7, 2022. However, today is his last working day as the Court is closing for summer vacations today.

Before his elevation as Supreme Court judge on May 13, 2016, he was practising as a Senior Advocate with prolific practice and has handled several high profile matters.