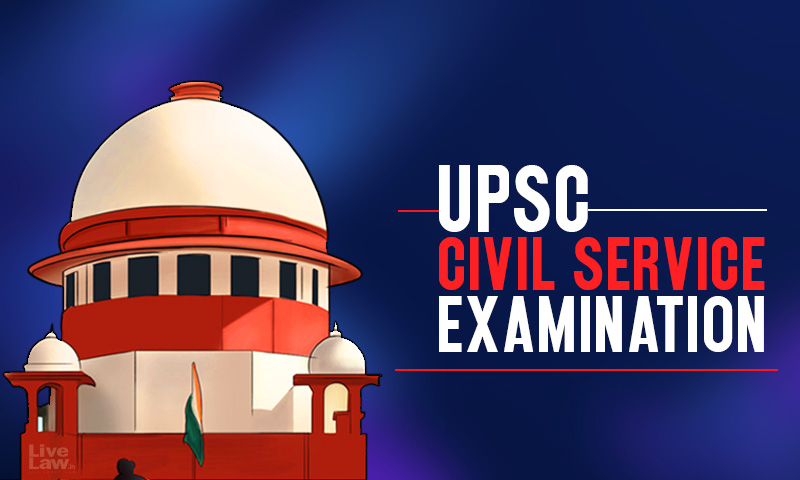 "Received information from the government that they are not agreeable", submitted Additional-Solicitor General SV Raju to the Supreme Court on Friday in a plea seeking for an extra chance for civil service aspirants in giving UPSC exams on account of the difficulties that may have arisen due to the COVID-19 pandemic. A Bench headed by Justice AM Khanwilkar was presiding over the...

"Received information from the government that they are not agreeable", submitted Additional-Solicitor General SV Raju to the Supreme Court on Friday in a plea seeking for an extra chance for civil service aspirants in giving UPSC exams on account of the difficulties that may have arisen due to the COVID-19 pandemic.


A Bench headed by Justice AM Khanwilkar was presiding over the matter and directed the ASG to file an Affidavit recording the aforementioned submission by Monday, the 25th of January.

"Yesterday night, I received information from the government that they are not agreeable. I would want to put this on Affidavit in a week", stated the ASG.

To this, the Bench inquired about the last date for applications. Accordingly, the ASG submitted that he would file the Affidavit by Monday.

The matter is now listed on the coming Monday, with the Centre having been directed to serve the Affidavit to the other Counsels

The ASG's submission comes as a departure from the previous submission that the issue was under "active consideration" of the Central Governement and the Union Public Services Commission.

At the previous hearing, the ASG had sought for time as previously the Centre had stated that the issue was under "active consideration" of the Central Government and the Union Public Services Commission.

The Court had informed the Counsels that under no circumstances should a situation arise when the last date of filling of forms goes. Though the ASG sought for time till February first week, the Bench said that he should get instructions soon.


On 18th December, 2020, Solicitor-General Tushar Mehta, had submitted that the Centre was not taking an "adversarial stand" with respect to the plea for extra chance and that a decision in that regard was likely within three or four weeks. The rules might need amendment for granting extra chance, he added.

"The fourth point raised before us is that some of the candidates may be giving last attempt and also likely to become age-barred for the next examination, and if such candidates are unable to appear in the examination due to Covid-19 pandemic situation, it would cause great prejudice to them .In this regard, we have impressed upon Mr. S.V.Raju, learned Additional Solicitor General appearing for the Ministry of Home Affairs (MHA), Ministry ofHealth and Family Welfare (MoHFW) and Department of Personnel and Training (DoPT) to explore the possibility of providing one more attempt to such candidates with corresponding extension of age limit. He has agreed to convey the sentiments of the Court to all concerned and to take a formal decision thereon expeditiously".