"Govt Respects Right To Privacy, No Intention To Violate It When Whatsapp Is Required To Disclose Origin Of Message": IT Ministry 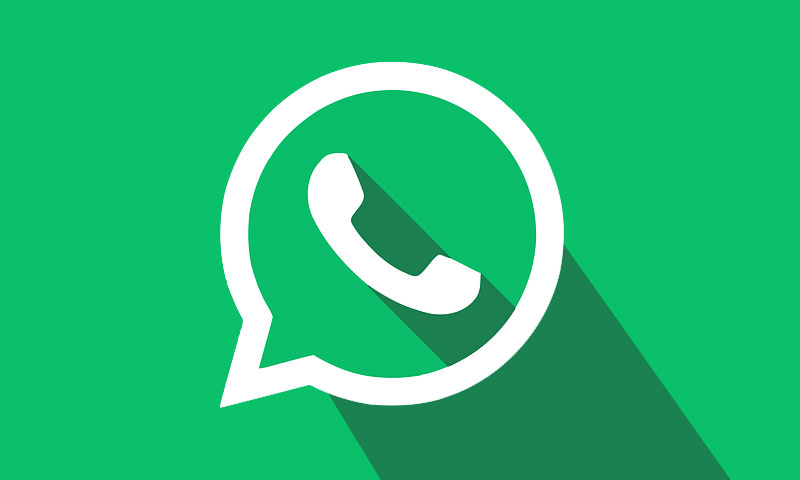 In a press release the Ministry of Electronics and Information Technology on Wednesday clarified that the Government respects the right to privacy and has no intention to violate it when requiring WhatsApp to disclose the origin of a message."Such Requirements are only in case when the message is required for Prevention, Investigation or Punishment of Very Serious Offences related to...

In a press release the Ministry of Electronics and Information Technology on Wednesday clarified that the Government respects the right to privacy and has no intention to violate it when requiring WhatsApp to disclose the origin of a message.

"Such Requirements are only in case when the message is required for Prevention, Investigation or Punishment of Very Serious Offences related to the sovereignty and integrity of India, the security of the State, friendly relations with foreign States, or public order, or of incitement to an offence relating to the above or in relation with rape, sexually explicit material or child sexual abuse material." It has been clarified.

Stating that the Government of India recognises that 'Right to Privacy' as being a valuable fundamental right, the press release informs that Minister of Law and Justice of India, Ravi Shankar Prasad has stated that "none of the measures proposed by India will impact the normal functioning of WhatsApp in any manner whatsoever and for the common users, there will be no impact".

On Traceability Clause Under Rule 4(2) of Intermediary Guidelines

The press release clarifies that the aforesaid rule passes the proportionality test of the Constitution of India.

"The cornerstone of this test is whether a lesser effective alternative remedy exists. As per the Intermediary Guidelines, the originator of information can only be traced in a scenario where other remedies have proven to be ineffective, making the same a last resort measure. Moreover, such information can only be sought as per a process sanctioned by the law thereby incorporating sufficient legal safeguards." the press release reads.

Furthermore, it has been stated that an order, to trace first originator, under Rule 4(2) of the said guidelines shall be passed "only for the purposes of prevention, investigation, punishment etc. of inter alia an offence relating to sovereignty, integrity and security of India, public order incitement to an offence relating to rape, sexually explicit material or child sexual abuse material punishable with imprisonment for not less than five years."

"It is in public interest that who started the mischief leading to such crime must be detected and punished. We cannot deny as to how in cases of mob lynching and riots etc. repeated WhatsApp messages are circulated and recirculated whose content are already in public domain. Hence the role of who originated is very important."

The press release states that WhatsApp's challenge, at the very last moment, and despite having sufficient time and opportunity available during consultation process and after the rules were enacted, to the Intermediary Guidelines "is an unfortunate attempt to prevent the same from coming into effect."

Furthermore, it has also been stated that post October 2018, no specific objection was made by WhatsApp to Government of India in writing relating to the requirement to trace the first originator in relation to serious offences.

"Any operations being run in India are subject to the law of the land. WhatsApp's refusal to comply with the guidelines is a clear act of defiance of a measure whose intent can certainly not be doubted. At one end, WhatsApp seeks to mandate a privacy policy wherein it will share the data of all its user with its parent company, Facebook, for marketing and advertising purposes." The press release states.

"It would be foolhardy to doubt the objective behind Rule 4(2) of the Intermediary Guidelines, which aims to protect law and order. All sufficient safeguards have also been considered as it is clearly stated that it is not any individual who can trace the first originator of information. However, the same can only be done by a process sanctioned by the law. Additionally, this has also been developed as a last resort measure, only in scenarios where other remedies have proven to be ineffective."

Challenging new IT rules, Facebook owned platform Whatsapp had moved Delhi High Court challenging the "traceability" clause alleging that the aforesaid clause is violative of a person's right to privacy as enshrined in the Supreme Court judgment of KS Puttuswamy v. Union of India.

According to WhatsApp, Traceability would force private companies to collect and store who-said-what and who-shared-what for billions of messages sent each day. This will require platforms to collect more data than they need, solely for the purpose of turning it over to law enforcement agencies.