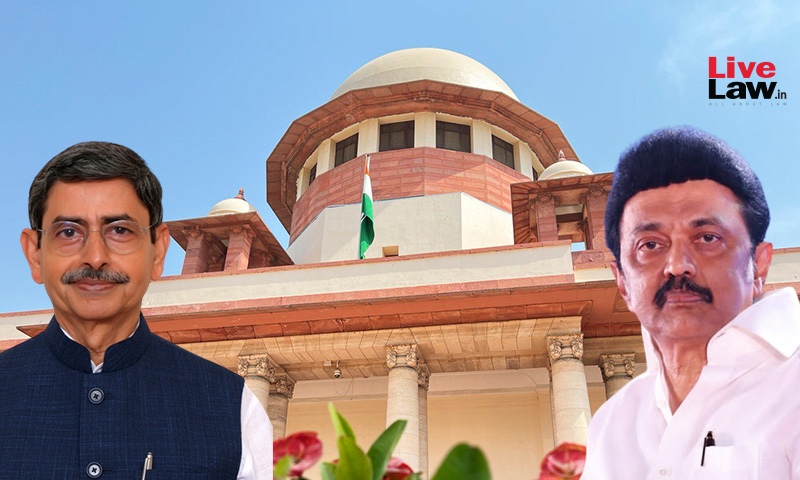 While releasing A.G. Perarivalan, one of the convicts in the Rajiv Gandhi assassination case, the Supreme Court, on Wednesday, expressed concern that the remission petition of Perarivalan and the recommendation of the Tamil Nadu Cabinet was pending with the Governor for almost two and half years, before it was referred to the President. In this regard, the Bench observed -

"Given petitions under Article 161 pertain to the liberty of individuals, inexplicable delay not on account of the prisoners is inexcusable as it contributes to adverse physical conditions and mental distress faced by a prisoner, especially when the State Cabinet has taken a decision to release the prisoner by granting him the benefit of remission / commutation of his sentence."

The Apex Court further reckoned that the reference made by the Governor to the President was contrary to the scheme of the Constitution.

"The advice of the State Cabinet is binding on the Governor in matters relating to commutation / remission of sentences under Article 161.

In the instant case, the Governor ought not to have sent the recommendation made by the State Cabinet to the President of India. Such action is contrary to the constitutional scheme elaborated above".

As per Article 161, the Governor of a State shall have the power to grant pardons, reprieves, respites or remissions of punishment or to suspend, remit or commute the sentence of any person convicted of any offence against any law relating to a matter to which the executive power of the State extends.

A Bench comprising Justices L. Nageswara Rao, B.R. Gavai and A.S. Bopanna reiterated that orders passed by Governor are amenable to the scrutiny of the Constitutional Courts. Considering that the Governor had kept the remission plea in abeyance for a long period of time, the Bench noted that non-exercise of power under Article 161 is not immune from judicial scrutiny.

The petition for remission of his sentence, was filed by Perarivalan on 30.12.2015. At that point in time the Apex Court was seized of the petition filed by the Union of India quashing the proposal of the State Government to grant remission to Perarivalan. The matter was disposed of on 06.09.2018.

Thereafter, on 09.09.2018, upon consideration of the remission plea, the Tamil Nadu Cabinet recommended his release. The recommendation was forwarded to the Governor. Being apprised of the fact that inspite of the binding recommendation the Governor had not decided the plea, the Court, on 11.02.2020, directed the Additional Advocate General for the State of Tamil Nadu to get information on the status of the recommendation. Before the Madras High Court, wherein Perarivalan's parole applications were pending, submissions were made that the Governor is awaiting the final report of the Multi Disciplinary Monitoring Agency (MDMA). In an affidavit filed by CBI, the Apex Court was apprised that no report of the MDMA was sought by the Governor. Subsequently, on 21.01.2021, the Solicitor General, Mr. Tushar Mehta informed the Court that a decision would be taken by the Governor on the petition filed under Article 161 within three to four days. Rivetingly, the Deputy Secretary, Ministry of Home filed an affidavit which indicated that by way of an order dated 25.01.2021, the Governor had determined the President to be the appropriate authority to decide the remission plea and accordingly forwarded the petition along with the recommendation of the State Cabinet to the President.

Contentions raised by the parties

Senior Advocate, Mr. Gopal Sankaranarayanan, appearing on behalf of Perarivalan had vehemently opposed the reference, which he argued had no constitutional backing. He contended that the decision of the Cabinet was binding and at the most, the Governor could have requested the State Cabinet to reconsider its decision. Senior Advocate, Rakesh Dwivedi, appearing for the State of Tamil Nadu, averred that the Constitution does confer power on the Governor to sit in judgment of the recommendation made by the Cabinet. He asserted that there is no provision in the Constitution which enables the Governor to independently make a reference to the President and he argued that the same was done by TN Governor, in the present case, in absolute derogation of federal structure as envisaged by the Constitution.

Additional Solicitor General, Mr. K.M. Nataraj defended the reference made by the Governor as, he argued, that the President was the competent authority to decide the remission plea. Relying on M.P. Special Police Establishment v. State of M.P., he had averred that when the bias of the Council of Ministers is apparent, their advice does not bind the Governor.

The Court noted that under the Cabinet system of Government, the Governor is the constitutional head of the State and he exercises his powers on the aid and advice of the Council of ministers. It can exercise discretion only in circumstances specified under the Constitution. The satisfaction of the Governor in respect of the exercise of power under various provisions of the Constitution, does not refer to his personal satisfaction, but the satisfaction of the Council of Ministers. Reference was made to the judgment in Maru Ram v. Union of India (1981) 1 SCC 161, wherein the Court had held -

"The upshot is that the State Government, whether the Governor likes it or not, can advice and act under Article 161, the Governor being bound by that advice. The action of commutation and release can thus be pursuant to a governmental decision and the order may issue even without the Governor's approval although, under the Rules of Business and as a matter of constitutional courtesy, it is obligatory that the signature of the Governor should authorise the pardon, commutation or release".

The ratio in Samsher Singh v. State of Punjab (1974) 2 SCC 831 was followed by the Court, which observed that the Governor is but a shorthand expression for the State Government. The Court reiterated that advice of the State Cabinet is binding on the Governor in matters relating to commutation/remission of sentences under Article 161. Moreover, it noted that the ASG could not pinpoint a single provision in the Constitution which could validate the Governor's reference. The reliance by ASG on the judgment of M.P. Special Police Establishment, wherein the decision of the Governor was subsequently challenged, was held to be irrelevant to the facts of the present case where the Governor has merely forwarded the plea and the recommendation to the President.

Constitution of India - Article 161 - The advice of the State Cabinet is binding on the Governor in matters relating to commutation / remission of sentences under Article 161. (Para 19)

Constitution of India - Article 161 - Non-exercise of the power by Governor under Article 161 is not immune from judicial review -Given petitions under Article 161 pertain to the liberty of individuals, inexplicable delay not on account of the prisoners is inexcusable as it contributes to adverse physical conditions and mental distress faced by a prisoner, especially when the State Cabinet has taken a decision to release the prisoner by granting him the benefit of remission / commutation of his sentence(Para 20).

Code of Criminal Procedure -Section 432 - No express executive power has been conferred on the Centre either under the Constitution or law made by the Parliament in relation to Section 302. In the absence of such specific conferment, it is the executive power of the State that extends with respect to Section 302, assuming that the subject-matter of Section 302 is covered by Entry 1 of List III.