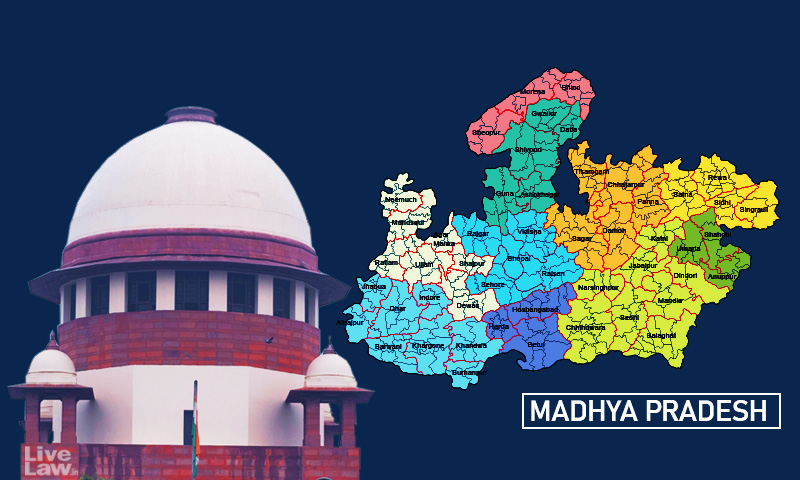 The Supreme Court on Monday held that the power exercised by the Governor of Madhya Pradesh to convene the assembly for a floor test cannot be regarded as "constitutionally improper".In a 68-page judgment released on Monday, the Supreme Court affirmed its order passed on May 19 to hold floor test in the MP assembly for proving the majority of the previous government led by Kamal Nath.The...

The Supreme Court on Monday held that the power exercised by the Governor of Madhya Pradesh to convene the assembly for a floor test cannot be regarded as "constitutionally improper".

In a 68-page judgment released on Monday, the Supreme Court affirmed its order passed on May 19 to hold floor test in the MP assembly for proving the majority of the previous government led by Kamal Nath.

The Court observed that the Governor Lalji Tandon was justified in calling for a floor test, given the facts and circumstances of the case.

"Based on the resignation of six ministers of the incumbent government (accepted by the Speaker), the purported resignation of sixteen more Members belonging to the INC, and the refusal of the Chief Minister to conduct a floor test despite the House having been convened on 16 March 2020, the exercise of power by the Governor to convene a floor test cannot be regarded as constitutionally improper", observed Justice D Y Chandrachud in the judgment.

"In the circumstances as they have emerged in this case, the exercise of authority by the Governor was based on circumstances which were legitimate to the purpose of ensuring that the norm of collective responsibility is duly preserved. There existed no extraordinary circumstances for the Governor to determine that a trust vote was not the appropriate course of action on 16 March 2020", the Court added.

The bench observed that "continuous existence of confidence of the house" is necessary for the survival of the government.

"It is a matter which can brook no delay since the authority of the government presided over by the Chief Minister depends on the Council of Ministers continuing to have the faith of the legislative body as a collective entity", the bench said.

Notably, the Court rejected the argument raised by Senior Advocates Dr AM Singhvi and Kapil Sibal for Speaker and ex-CM Kamal Nath respectively that the Governor cannot issue a direction for floor test when the house is alive and in session.

The bench did not accept the submission that the Governor can order floor test only at the stage of government formation.

"As a matter of constitutional law, it would not be correct to proceed on the basis that the constitutional authority entrusted to the Governor to require the Council of Ministers to prove their majority on the floor of the House can only be exercised at the very inception after general elections are held and not when the Governor has objective reasons to believe that the incumbent government does not command the confidence of the house. The Governor is not denuded of the power to order a floor test where on the basis of the material available to the Governor it becomes evident that the issue as to whether the government commands the confidence of the house requires to be assessed on the basis of a floor test".

Senior Advocates Singhvi and Sibal submitted that all SC precedents for ordering floor test were at the stage of government formation immediately after elections. There was no precedent for SC approving Governor's decision to order floor test when the house was in session.

Rejecting this argument, the Court said :

"Undoubtedly, the largest number of precedents emanating from this Court have dealt with situations where a trust vote was called at the time of the initial formation of government following an election. One of the reasons for this may well be the prevalence of disputes at the time of the initial formation of governments in the states. But, this line of precedent would not exhaust the power of the Governor nor does it suggest that the authority which is entrusted to the Governor cannot be exercised once a government has been formed".

While the Court observed that the power to summon and prorogue the house as per Article 174 has to be exercised by the Governor as per the aid and advice of the Council of Ministers, it added that the Governor can call for floor test when there are reasonable grounds to believe that the government has lost the confidence of the house.

"The power under Article 174 of the Constitution to summon the House and to prorogue it is one which is exercised by the Governor on the aid and advice of the Council of Ministers. But in a situation where the Governor has reasons to believe that the Council of Ministers headed by the Chief Minister has lost the confidence of the House, constitutional propriety requires that the issue be resolved by calling for a floor test. The Governor in calling for a floor test cannot be construed to have acted beyond the bounds of constitutional authority".

Governor's power not to destabilize a government.

The Court also added that the power given to the Governor is not to destabilize a government, and that the exercise of the power is not immune to judicial review.

The apex court also called for a circumspect approach for exercise of such power when the house is in session, as the members have the option of bringing a no-confidence motion before the Speaker. Therefore, the Governor should not encroach into the domain of the Speaker, cautioned the Court.

"In a situation where the House has been summoned following the aid and advice of the Council of Ministers, the position would be more nuanced in the sense that the remedy of a no confidence motion would be available to any segment of the legislature seeking to espouse the view that the government has ceased to command the confidence of the house. In exercising the constitutional authority to demand a trust vote, the Governor must do so with circumspection in a manner that ensures that the authority of the House to determine the existence or loss of confidence in the government is not undermined".

"In discharging this crucial role, it is necessary that the Governor bear in mind that the purpose underlying the entrustment of the authority to require a trust vote is not to displace duly elected governments but to intervene with caution when the circumstances which are drawn to the attention of the Governor indicate a loss of majority", the Court added.

As regards Dr Singhvi's argument that the decision of the Governor resulted in "short-circuiting" the power of the Speaker to decide on the issue of disqualification of members who have submitted their resignations, the Court noted that the Speaker had already accepted 6 resignations and kept pending the resignations of other 16 legislators without explanation.

The pendency of the proceedings before the Speaker cannot be a valid basis to not have the confidence of the House in the government.