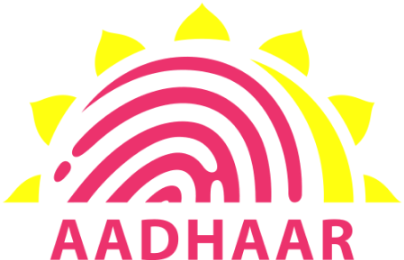 x
The Bill permits voluntary use of Aadhaar for getting mobile connections and bank accounts.

The Central Government today introduced Aadhaar and Other Laws(Amendment) Bill 2018 to modify the existing laws in tune with the judgment of the Supreme Court in Puttaswamy case.The Constitution Bench of the SC in the judgment delivered on September 26 had upheld the constitutional validity of the Aadhaar Act by 4:1 majority, with certain restrictions and changes. The compulsory use...

The Central Government today introduced Aadhaar and Other Laws(Amendment) Bill 2018 to modify the existing laws in tune with the judgment of the Supreme Court in Puttaswamy case.

The Bill tabled by Union Minister for Information Technology Ravi Shankar Prasad amends the Aadhaar Act 2016 to permit the enrolment of children to the scheme with the consent of their parents or guardian. It also contains a provision enabling the children to seek cancellation of their Aadhaar number on attaining majority. The SC judgment had directed the Government to bring in these modifications. The Bill also clarifies that no child should be denied any benefit or subsidy for want of Aadhaar.

Other salient features of the Bill are :

However, the Bill does not say that Aadhaar has to be compulsorily used for verification. Aadhaar, including its offline verification method, is specified as one of the means of identity verification. It may be noted that the the circular issued by the Department of Telecommunications on March 23,2017 mandating compulsory linkage of mobile numbers with Aaddhar was struck down by the SC on the ground that the circular had no statutory backing.The Bill seeks to fill up that void.

The Bill proposes amendment to the Prevention of Money Laundering Act to permit voluntary use of Aadhaar for identity verification by banks before opening bank accounts. As in the case of mobile connections, Aadhaar is specified as one of the means of identity verification, and there is no compulsion to use it. The PMLA(Maintainence of Records)(Second Amendment) Rules brought by the Government in 2017 mandating the linking of bank accounts with Aadhaar was also struck down by the SC.

Introducing the Bill in the Lok Sabha, IT Minister said : "The proposed amendments in the shape of the Bill is being done in compliance with the judgement of the Supreme Court itself. It (Aadhaar) is not mandatory, but voluntary whereby alternative modes of authentication is being provided" He also added that the Bill addressed the gaps pointed out by the SC in the existing law.

Shashi Tharoor MP said that the Govt cannot bring in the Bill without getting the Data Protection Bill passed. N K Premachandran, MP from RSP,said that the Bill unlawfully delegated too much authority to the executive.  TMC MP Saugata Roy said that the Bill violated privacy judgment of the SC.

Further discussions on the Bill did not take place today as the house was debating the Rafale issue in the afternoon.