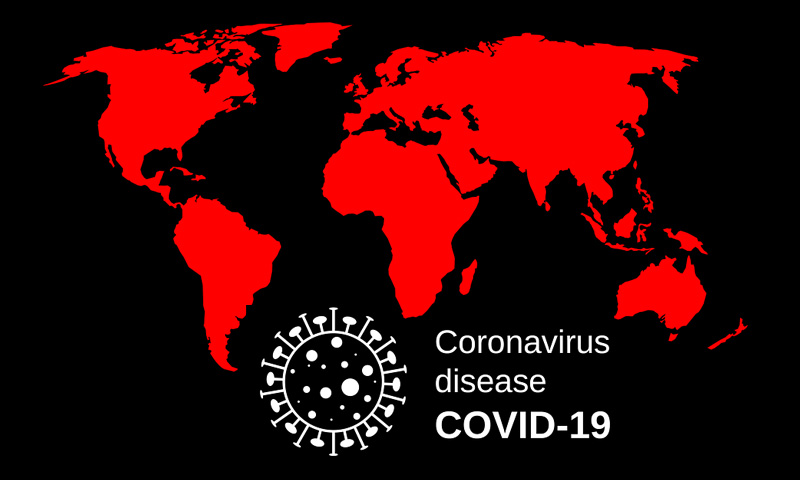 The International Council of Jurists and the All India Bar Association have filed a complaint in the United Nations Human Rights Council against China for committing "grave offences against the humanity" throughout the world, in the form of COVID-19 pandemic. The complaint lodged by Dr. Adish C Aggarwala, President of International Council of Jurists, and Chairman of All India...

The International Council of Jurists and the All India Bar Association have filed a complaint in the United Nations Human Rights Council against China for committing "grave offences against the humanity" throughout the world, in the form of COVID-19 pandemic.

The complaint lodged by Dr. Adish C Aggarwala, President of International Council of Jurists, and Chairman of All India Bar Association, ropes in the People's Republic of China, the People's Liberation Army (the official Military of China) and the Wuhan Institute of Virology for "conspiring a biological warfare" against the world.

The Complainant has alleged that the COVID-19 pandemic was a "conspiracy of Chinese government aimed at catapulting itself to the position of a superpower of the World and undermining other countries through biological warfare."

"The Chinese government has meticulously planned the execution and spread of the Novel Coronavirus and the same can be inferred in the way China has taken regard of the situation as also of the curious case of the spread of the virus all over the world. As pointed earlier, it remains a mystery as to how the virus has not spread in all provinces of China but at the same time, has spread to all countries in the world."

He has further alleged that gross negligence and incompetence of Chinese government and their authorities in dealing with COVID-19 pandemic have violated various Charters and Guidelines issued by the United Nations and have endangered the lives of millions and has life and business across the globe to complete standstill.

In this view it is submitted:

1. China has violated Article 25(1) of the Universal Declaration of Human Rights which highlights the human right to health and well-being.

In this regard it is averred that the Chinese Government was obligated to ensure that it does not interfere directly or indirectly with the right to health of the people. However, the Chinese government despite being aware of the deadly virus, deliberately withheld information, leading to a global pandemic.

2. China has violated Article 12 of International Covenant on Economic, Social and Cultural Rights which stresses upon the right of everyone to the enjoyment of the highest attainable standard of physical and mental health.

3. China has violated Articles 6, 7, 9 of the International Health Regulations that refer to Information-sharing obligations during unexpected or unusual public health events.

In this regard it is averred that the Chinese government, by not issuing prompt health warnings regarding the potential outbreak of the COVID-19 inspite of facts being apparent and hazard looming large, and on hiding information of the same from the general public as well as health authorities within its administration or to the WHO has consequently affected the right to physical and mental health of people across the globe.

In view thereof, the Complainant has chalked out China's legal liability under the Responsibility Of States For Internationally Wrongful Acts, 2001.

It is submitted that in case a country is found to be in violation of its international obligations, then it is liable to prevent the given event over the entire period during which the event continues.

Thus, Dr. Aggarwala has urged the United Nations Human Rights Council to enquire and direct the Government of China to adequately compensate the international community and member states and particularly India, for surreptitiously developing a biological weapon capable of mass destruction of mankind throughout world and also for serious physical, psychological, economic and social harm caused to these States due to the inaction and negligence to respect the international obligations

About International Council of Jurists

ICJ, headquarterd in London, is involved in research and has been holding conferences and seminars on a wide range of subjects having international and domestic significance, in matters of human rights, constitutional duties and others.